When you think about the last four months, it’s kind of amazing that any stocks are making new highs. The indices have certainty made up a lion’s share of the coronavirus selloff from earlier this year, but the economy is still far from recovered.

However, there are plenty of companies fighting through this pandemic and reaching new highs again without waiting for a vaccine or “all clear” from the CDC. And we have a screen that finds those stocks. It's called  “Zacks #1 Rank New Highs”.

Stocks making new highs tend to keep moving higher until something stops the momentum. Below are three stocks that are still moving higher… AND have a strong Zacks Rank. Click here for the full list.

But in the second quarter, personal protective equipment took centerstage… for obvious reasons. The company helped governments and first responders with masks, gloves, respirators, etc. in the fight against the coronavirus.

As a result, these PPE products surged in the quarter and helped FAST to more than offset a slump in its more traditional segments, which was due to the pandemic shutdown.

Sales in the quarter reached $1.51 billion, beating the previous year by 10.3% and bettering our expectations by 1.7%. Earnings of 42 cents grew 16.7% year over year, which was also the same percentage that it surpassed the Zacks Consensus Estimate.

FAST has now beaten earnings expectations in three of the past four quarters. And shares have jumped more than 66% since the coronavirus low on March 23.

The thing about surges, though, is that they don’t last. In fact, PPE sales waned slightly in June (though we’ll have to see if they picked up again in July with the rise in cases and delay of openings). However, business activity for more traditional sales, which were down for most of the quarter, improved in May and June.

So regardless of how long this pandemic and shutdown last, FAST should be able to continue reporting solid numbers. Analysts certainly believe so, which explains why earnings estimates are rising for this year and next.

The Zacks Consensus Estimate for the current year is up 10% in the past two months to $1.43. Expectations for next year are up 7.7% in that time to $1.53. Therefore, earnings are currently expected to improve 7% year over year. 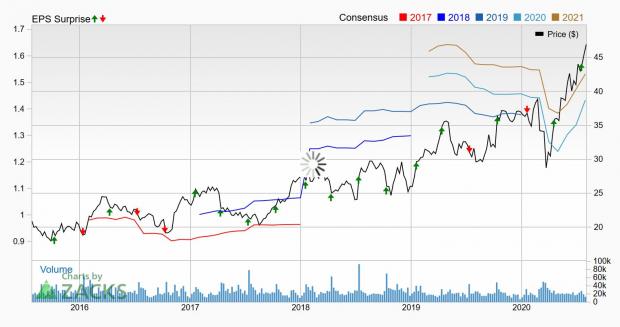 Analysts really liked last week’s second-quarter report from Danaher Corporation (DHR - Free Report) . Earnings estimates for the company have surged in the past few days and shares are now up more than 67% from the coronavirus low by in late March.

DHR is a global conglomerate that designs, manufacturers and markets diverse lines of professional, industrial, commercial and consumer products. Approximately half of its revenues come from the Life Sciences segment, which provides research tools used to analyze things like genes, proteins and cells.

The other two segments are Diagnostics and Environmental & Applied Solutions, which account for more than 31% and nearly 19% of revenues, respectively.

The company reported earnings per share of $1.44 for the second quarter, which was nearly 36% better than the Zacks Consensus Estimate. But that’s not the most impressive thing. DHR has now beaten expectations for 18 consecutive quarters!

Sales of $5.3 billion jumped over 19% from last year and topped our expectations by 6.7%. Looking forward, core revenue growth is expected in the low-to-mid-single digits for the third quarter.

Now analysts expect DHR to report $5.36 for this year, which marks a 9.8% improvement over the past month. And most of that gain has come since the report last week.

Earnings are then expected at $6.19 for next year, which is an advance of 8% in 30 days and also suggests year-over-year improvement of 15.5%. 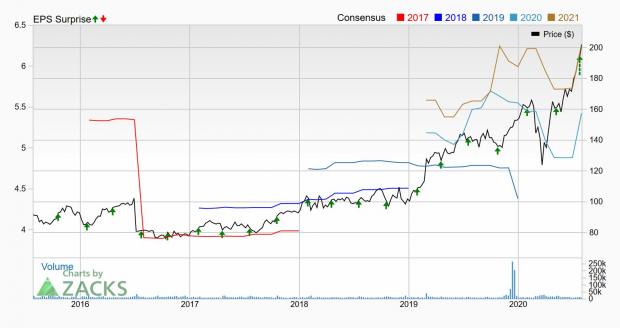 Forget about your streaming services and online retailers, because there’s not a more essential business than farming. Where would your local grocery store or warehouse club be without these folks?

However, it’s also one of the most besieged industries out there. In addition to all the challenges brought by the coronavirus, do you remember what the big story was before the pandemic? It was the trade war with China, a ‘war’ that has yet to really be resolved despite the Phase 1 deal. In fact, tensions are rising again between the two countries regarding technology, but its agriculture that’s on the front lines and will be the first to feel the effects.

However, farmers are known for being tough… and so is their industry. Currently, the manufacturing – farm equipment space is in the Top 11% of the Zacks Industry Rank. And one of the major names from this area is good old Deere & Company (DE - Free Report) .

The company is the world’s largest producer of agricultural equipment. Whether you own a farm with acres of land or just a house with a backyard, you probably own something from Deere.

Furthermore, you may not think a company that’s been around since 1837 is very cutting edge, but DE is known for making steady investments in new products with advanced technologies. It’s constantly working on ways to make farming more automated, easier to use and more efficient.

In its second quarter, DE reported earnings per share of $2.11 on revenue of $8.22 billion. Both of these results slipped from year-ago levels, but they also managed to easily beat Zacks Consensus Estimates. The bottom line surprised by 19.2%, while the top beat by more than 8%.

Year-over-year profit growth expectations are a very healthy 38.1% at this time. 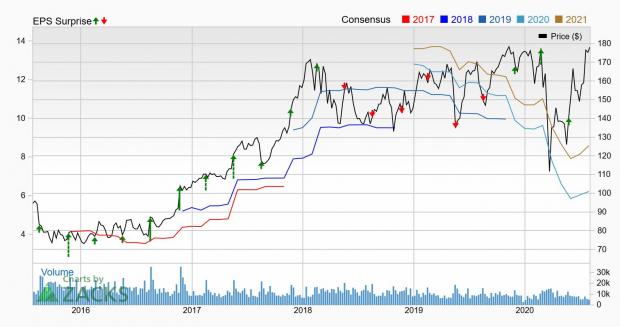