Earnings Boost from the Tax Legislation

Earnings aren’t the market’s focus at present; the tax legislation currently moving towards a passage in Congress tops everything else. The legislation promises many substantive changes in a number of areas, but it will have a big impact on corporate profitability as well, all of it positive.

We will start seeing this in rising earnings estimates following the completion of the legislation. But we need to be mindful that the estimate revisions trend for Q4 has already been the most favorable relative to last many years. What this means is that the 2017 Q4 estimate revisions trend is unlike any other recent comparable period, with the earnings growth rate for the quarter actually inching up a bit since the quarter got underway.

You can see this trend in the chart below, as it shows the evolution of Q4 earnings growth expectations since the start of the quarter. 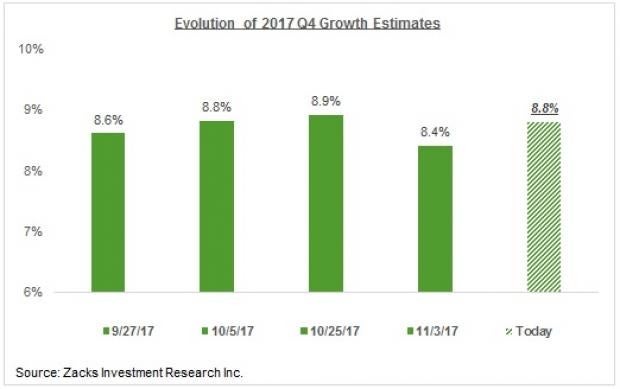 Estimates for 8 of the 16 Zacks sectors have come down, while the other half experienced positive estimate revisions. The Conglomerates, Consumer Discretionary and Transportation sectors have suffered the most notable negative revisions while the notable positive revisions have taken place in the Energy, Basic Materials, Industrial Products and Technology sectors. The most pronounced positive revisions have taken place in the Energy sector, reflecting developments in oil prices. On an ex-Energy basis, the Q4 earnings growth rate is modestly below the +8.6% rate at the start of the quarter.

We haven’t seen this type of revisions trend in recent years, but this trend will likely become the norm once the tax legislation gets enacted.

The Q4 earnings season will not take the spotlight at least through the middle of January, but the reporting season will officially have gotten underway weeks before that. In fact, the Q4 earnings season will get underway this week with the Thursday earnings releases from Costco (COST - Free Report) and Oracle (ORCL - Free Report) . Both of these companies will be releasing results for their fiscal November-ending quarters, which officially get counted as part of the Q4 tally. 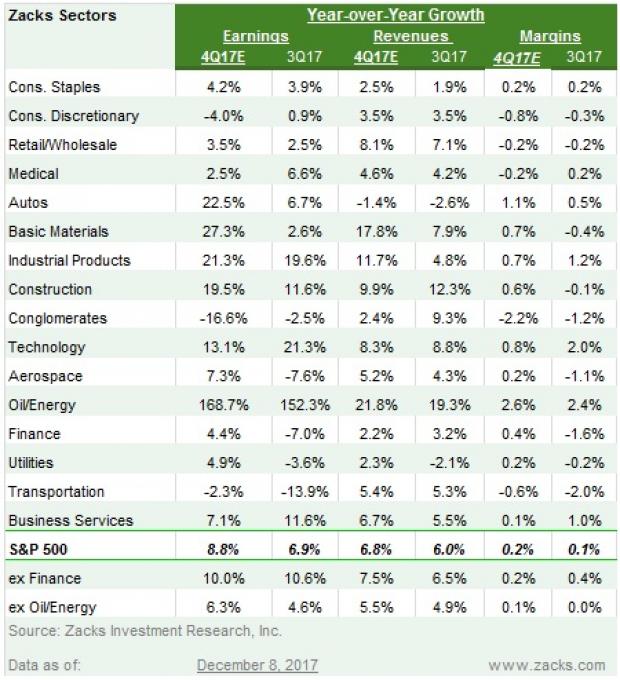 The chart below shows Q4 earnings growth expectations contrasted with what is expected in the following three quarters and actual results in the preceding 6 quarters. As you can see in the chart below, the growth pace is expected to accelerate from the Q3 level in Q4 and beyond. 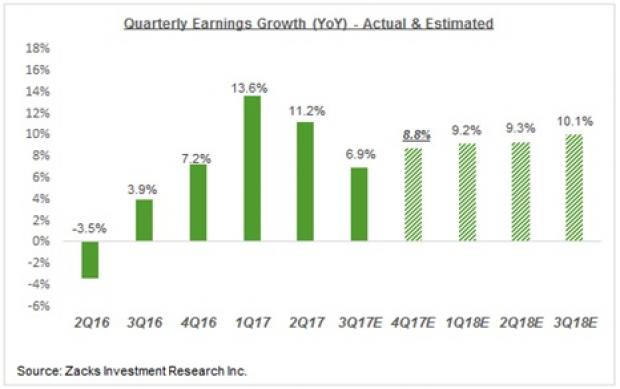 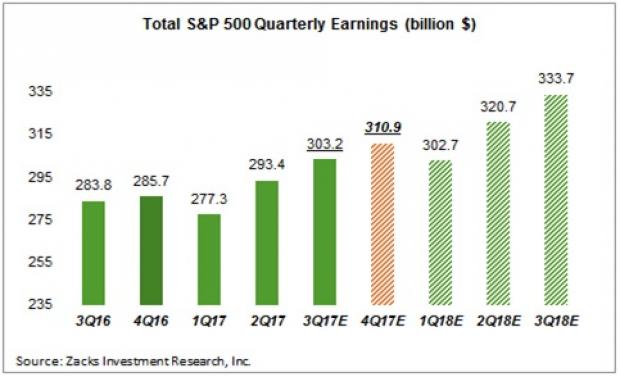 Here is a list of the 23 companies including 3 S&P 500 reporting this week.