Apple AAPL became the latest company to guide lower citing slowing economic growth. China figured prominently in the iPhone maker’s woes, a key market that has been in the spotlight lately for economic reasons, a big part of which is a result of its trade spat with the U.S. But China isn’t the only major market suffering economic weakness, the outlook for Europe and a number of other regions isn’t that favorable either.

The market’s collective economic view has been that while growth in these international markets was slowing, the U.S. economy was expected to sustain its momentum even though growth was expected to moderate a bit. Thursday’s factory sector ISM survey reminded market participants that the U.S. economy wasn’t totally immune from these global cross-currents, though Friday’s blockbuster labor market reading has eased some of those worries. 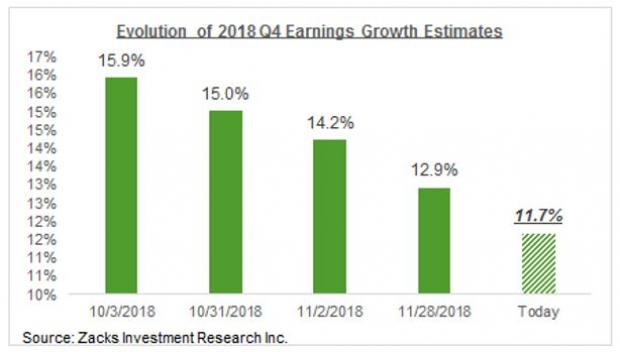 Q4 estimates have come down for 15 of the 16 Zacks sectors, with the Transportation sector as the only one that has experienced positive estimate revisions, a reflection of the pullback in fuel expenses. Estimates have come down the most for the Conglomerates, Construction, Consumer Discretionary, Utilities and Basic Materials sectors. 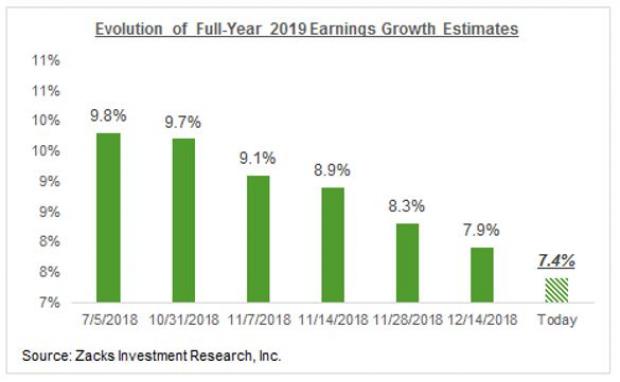 The chart below shows the one-year performance of the S&P 500. It is probably not a coincidence that the pronounced downtrend in the market in early October coincides with the downtrend in earnings estimates.

It is hard to envision stocks stabilizing if the market’s collective earnings outlook for 2019 continues to deteriorate. And to get stability in earnings outlook, we need clarity and visibility on the interconnected economic growth and tariff fronts. In other words, there is likely further downside to consensus expectations for full-year 2019.

The Q4 earnings season will unofficially get going with the January 15th earnings reports from JPMorgan JPM and Wells Fargo (WFC - Free Report) , but officially the reporting cycle has gotten underway already, with results from 18 S&P 500 companies already out. All of these 18 companies reported results for their fiscal November-quarter results, which we count as part of the December-quarter tally. We have another two index members on deck to report results this week.

Total Q4 earnings for these 18 index members that have reported results already are up +14.9% from the same period last year on +9% higher revenues, with 77.8% beating EPS estimates and 66.7% beating revenue estimates.

The earnings growth pace and the proportion of positive EPS surprises for these 18 S&P 500 members is tracking below what we had seen from the same group of companies in the preceding earnings season, as the comparison charts below show.

Earnings growth is expected to be in double digits for 8 of the 16 Zacks sectors, with Energy (+65.5% growth), Finance (+21.1%), Construction (+26.2%) and Transportation (+22.8%) has the strongest growth. Tech sector earnings are expected to decelerate meaningfully in Q4, up +6.2%, after back-to-back quarters of very strong growth. The Tech sector’s growth pace will likely come down some more in the coming days as analysts adjusts their estimates lower following the aforementioned Apple pre-announcement. 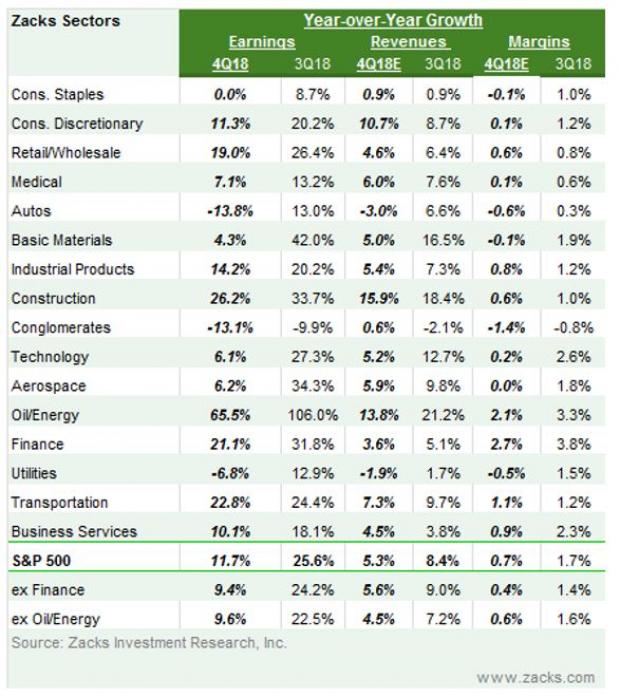 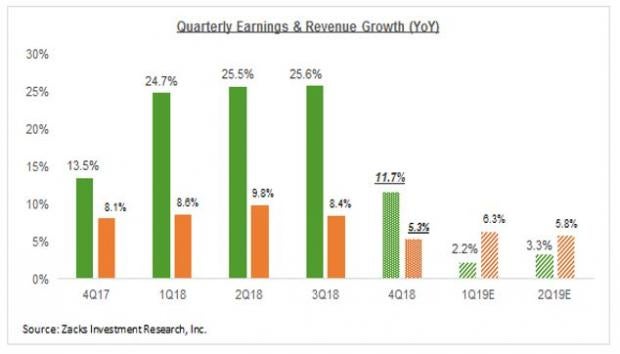 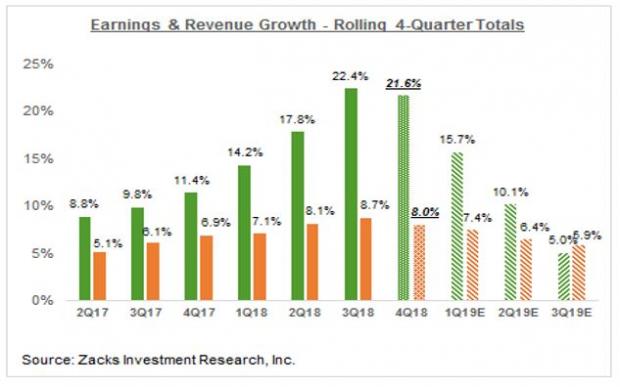