Bear of the Day: Caesars (CZR)

The market has sort of lulled investors to sleep as of late. A very tight range met with low trading volume made for a very boring week. That’s likely to change as earnings season gets into full swing. Traders will quickly be reacting to earnings reports, using guidance to try and figure out the next big thing. Today’s Bear of the Day is a stock that has seen some negative earnings estimate revisions as of late. It may be one to avoid heading into this next season.

I’m talking about Zacks Rank #5 (Strong Sell) Caesars Entertainment CZR. Caesars Entertainment Corporation, through its subsidiaries, provides casino-entertainment and hospitality services in the United States and internationally. The company operates 39,000 slot machines and 2,700 table games, as well as other games comprising keno, poker, and race and sports books; and approximately 180 buffets, restaurants, bars, nightclubs, and lounges located throughout its casinos, as well as banquets and room service. As of December 31, 2018, it had 50 casinos, including 37 casinos in the United States and 13 casinos internationally with approximately 3 million square feet of gaming space and 40,000 hotel rooms. 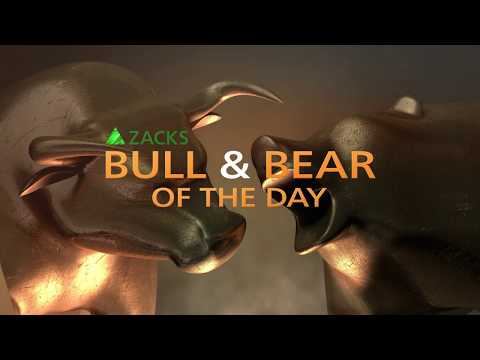