Through its popular Duluth Trading brand, Duluth Holdings (DLTH - Free Report) is a retailer that sells casual wear, workwear, and accessories for men and women. Duluth markets its products under trademarks, trade names, and service marks including Dry on the Fly, Duluthflex, Longtail T, and its namesake brand, among many others.

Earnings of 64 cents per share missed the Zacks Consensus Estimate of 75 cents. Revenues of $251 million did increase 15% year-over-year, but missed our consensus estimate as well.

But, gross margin fell 90 basis points to 52.4%, which Duluth attributed to a loss of shipping revenue from discounts.

On the earnings conference call, CEO Stephanie Pugliese said, “On a macro level, we were not immune to the overall slowdown in consumer spending, and we felt the impact of lower traffic across all of our channels…we had inventory that was misaligned to the timing of sales and not distributed optimally throughout the network. This affected store productivity and added extra cost throughout the system, and some of our high-demand product didn't hit the market in time to reap the full benefit of the holiday season.”

As for 2019 guidance, Duluth expects sales to be between $645 million and $655 million. Despite solid growth of 14% at the midpoint, it falls short of Wall Street’s expectations of $675 million. EPS is expected to be between 74 cents and 80 cents per share, while gross margin should be flat.

Analysts have since turned bearish on Duluth, with five cutting estimates in the last 60 days for the current fiscal year. While earnings could see growth of 5.6% for the year, the Zacks Consensus Estimate has dropped 25 cents during that same time period from $1.01 to $0.76 per share (which is now in the middle of DLTH’s estimates range).

This sentiment has stretched into 2021. Similarly, earnings are expected to grow 25%, but our consensus estimate has dropped significantly in the past two months.

Sales experienced a pretty big slowdown this past quarter, which was not something Wall Street had expected to see, especially after a period of sustained high-growth and expansion. Duluth will definitely need to deliver on its 2019 goals so that it can get back on track.

If you’re an investor interested in adding a specialty retail stock to your portfolio, consider Columbia Sportswear (COLM - Free Report) . Shares of Zacks Rank #1 (Strong Buy) COLM have gained about 22.5% since January; earnings are expected to grow 10.5% this fiscal year, with one analyst revising their estimate upwards in the last 60 days. 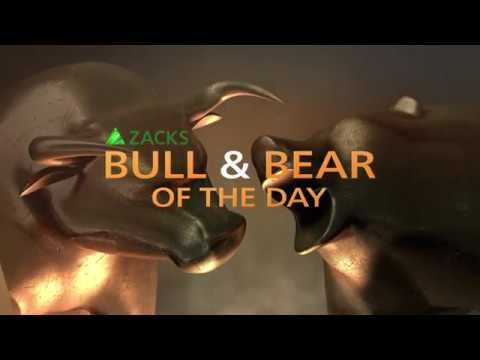 Bear Of The Day: AutoNation (AN)