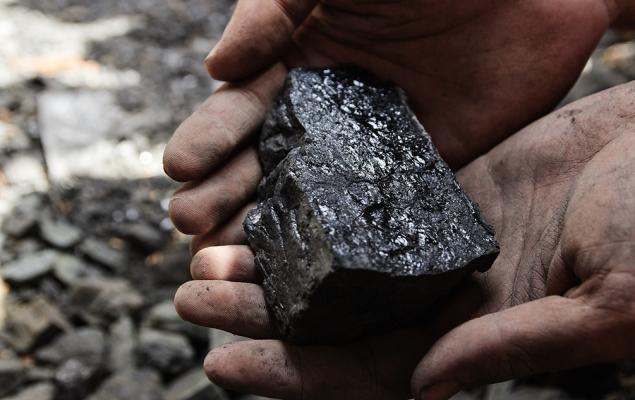 Coal Industry Stock Outlook: Going to Get Tougher Ahead

The Zacks Coal industry comprises companies that are involved in the discovery and mining of coal. Depending on the deposit, coal is mined by either opencast or underground mining. Coal is valued for its energy content and used worldwide to generate electricity.

However, importance of coal and the coal industry has been falling gradually in the United States over the past few years, with natural gas and renewable sources creating more downside pressure.

The Zacks Coal industry is a 15 stock group within the broader Zacks Oil and Energy sector. The industry currently carries a Zacks Industry Rank #180, which places it at the bottom 30% of more than 250 Zacks industries.

The industry’s position in the bottom 30% of the Zacks-ranked industries is a result of negative earnings outlook for the constituent companies in aggregate. Looking at the aggregate earnings estimate revisions, it appears that analysts are gradually losing confidence in this group’s earnings growth potential. Since December 2018, the industry’s earnings estimate for the current year has gone down by approximately 4.3%.

The stocks in this coal industry have collectively declined 11.3%, while the Zacks S&P 500 Composite has gained 10.6% and the Zacks Oil-Energy Sector has lost 12.9%, respectively. 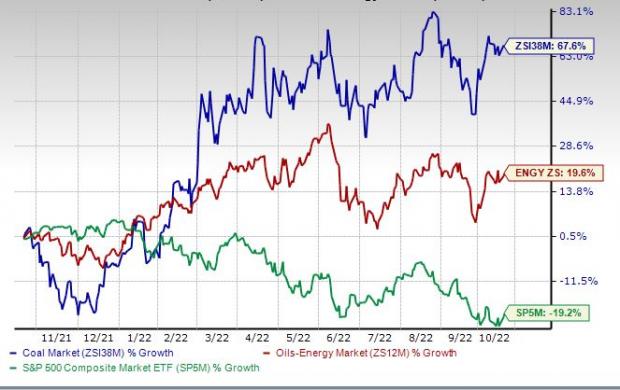 Since coal companies have a lot of debt on their balance sheets, it makes sense to value them based on the EV/EBITDA (Enterprise Value/ Earnings before Interest Tax Depreciation and Amortization) ratio.

The coal industry has already seen its share of difficulties, with dropping demand, rising competition from other energy sources and increasing emission awareness taking a toll on the industry for past few years. At present, higher volumes of coal is produced from mines with minimum human intervention, which also has a negative impact on job growth from the coal industry.

The change in policy of the new U.S. administration is assisting coal-fired plants and creating demand for the commodity but the expected drop in U.S. coal exports is going to create more challenges for the industry. However, per a World Coal Association report, 71% of steel worldwide is produced utilizing coal as an energy source. This should provide some resistance to the declining usage trend.

The coal reserves across the globe are currently estimated to be 1.1 trillion tons and this fossil fuel can last nearly 150 years at the current rates of production. Since coal reserves will last much more than oil and natural gas reserves, initiatives are being taken across the globe to utilize coal more efficiently, keeping a check on the emission levels.

At present, among the coal stocks under our coverage, only China Coal Energy Co. (CCOZY - Free Report)   sports a Zacks Rank #1 (Strong Buy) and the majority of coal stocks carry a Zacks Rank#3 (Hold). You can see the complete list of today’s Zacks #1 Rank stocks here.

Beijing, China based China Coal Energy Company Limited has returned 8.69% year to date and its current dividend yield is 1.34%. The Zacks Consensus Estimate remained unchanged over the past month.

Houston, TX based Natural Resource Partners L.P. has returned 8.92% year to date and its current dividend yield is 4.32%. The Zacks Consensus Estimate remained unchanged over the past month.

Canonsburg, PA based CONSOL Coal Resources LP has returned 7.98% year to date and its current dividend yield is 11.57%. The Zacks Consensus Estimate remained unchanged over the past month.