Bull of the Day: Sunrun (RUN)

Residential solar electricity offers customers the opportunity to generate most or all of their power needs using only the sun. When the cost of the equipment is amortized over its usable lifespan, consumers save thousands of dollars versus buying electricity from public utilities and also get the satisfaction of having avoided fossil fuel energy sources.

Yet the industry as a whole has been stuck in the mud lately. The MAC Global Solar Index – which tracks a basket of companies involved in broad range of solar energy technologies -  is currently at essentially the same level as it was at the beginning of 2016, a period during which the S&P 500 has added more than 40% in value.

One Solar company that has defied the sideways trend and even outperformed the broad markets over the same period is residential solar provider Sunrun (RUN - Free Report) , and how they’ve done it is an interesting story.

There have been two main factors in the recent underperformance of US solar firms – intense price competition for photovoltaic equipment and the reduction of US government subsidies on residential solar installations.

Sunrun has managed to avoid the negative effects of both of these developments because of its unique structure – which is the product of sophisticated financial engineering.

Though adding solar electricity generation to households makes perfect financial sense in the sunnier parts of the country, the equipment is initially quite expensive to purchase and install and it takes many years before the net savings in electricity costs exceeds the purchase price.

At $20,000 or more for a typical residential system, it takes a major leap of faith – and a big pile of cash – for the average homeowner to make the transition, knowing that the rewards will be spaced out over the next decade or more.

Sunrun, founded in 2007 by charismatic CEO Lynn Jurich and Chairman Edward Fenster - who met at Stanford Business School – seeks to make Solar electric technology available to a wide range of consumers with no initial cash outlay. Jurich and Fenster, along with US Navy veteran Nat Kreamer approached the business plan as essentially a math problem and have turned their solution into the largest provider of solar electricity in the country.

Sunrun offers consumers a variety of options including monthly or long-term lease options as well the opportunity to purchase their equipment, either with an upfront payment or financed by a third party.

The majority of customers choose a long-term lease agreement in which they make a monthly payment to Sunrun that’s less than what their traditional electric bill would have been. Lease customers also take advantage of free service and maintenance on the equipment for the life of the contract – generally 20 years. The rate paid to Sunrun increases over the life of the contract to match expected increases in the price of utility-generated electricity.

Because the equipment is not easily transferable to a new location, the lease is tied to the deed on the house. The contract requires the customer to pay off the value of the system in a lump sum or transfer the contract to a new owner if they sell the property.

Sunrun continues to own the equipment and that’s an important part of the business equation. Until recently, the federal government has offered owners of residential solar electric systems a tax credit of up to 30% of the cost of installation. The credit can be rolled to subsequent tax years and transferred to third parties.

Investor perception has been that those credits are in jeopardy under the current administration – and they will be reduced to 26% and then 22% over the next several years, but Sunrun will still be able to capitalize on the incentives.

Falling retail prices for solar panels and other equipment have been hurting revenues and share prices at many solar manufacturers. Because Sunrun purchases the equipment rather than producing it themselves, they are in a position the benefit from this trend. The revenue they collect from customers is contractually guaranteed to increase even as their unit costs are shrinking.

In 2018, California passed sweeping energy legislation that will require all newly built homes to be powered by solar energy starting in 2020. Homebuilders will have the choice to install solar systems on individual homes, or include shared solar energy “farms” in new planned communities.

Though builders who buy thousands of sets of equipment at a time will recognize some cost savings because of economies of scale, the mandate is still expected to add between $8,000 and $12,000 to the average cost of a newly constructed home.

California is already one of the nation’s most expensive markets for housing and homebuilders are reluctant to roll the additional cost into the price of the home. Third party operators like Sunrun offer those builders a way to comply with the new regulations without raising list prices.

In addition to cost savings, Jurich sees a trend toward customers preferring creating their own energy to purchasing it from a utility.

“There’s also this real American sense of freedom of producing electricity on my rooftop,” Jurich told the New York Times last year, “And it’s another example of California leading the way.”

With almost 40 million residents, California has been facing a critical shortage of housing units, pushing prices out of the reach of many working families. Progressive Governor Gavin Newsom made the creation of more affordable housing a priority of his campaign and through a system of tax incentives and non-compliance penalties for municipalities, he expects to see 3.5 million new homes built in the state by 2025.

Though some experts doubt the feasibility of reaching Newsom’s aggressive goal, it’s clear that California government is dedicated to producing a large supply of new housing – and also to ensuring that all the new units are solar powered.

When a big government offers business incentives, it tends to be a good idea to own the shares of companies who are in line to receive the benefits.

Sunrun is scheduled to report Q1 results after the markets close on Wednesday, May 8th, and the Zacks Consensus Estimates are for earnings of $0.32/share on revenues of $153M. Full year estimates are for a net of $1.37/share on $722M in sales. Notably, although that sales number is basically flat compared to 2018, $1.37/share would represent a fivefold increase in net earnings, highlighting the improving margin situation.

Those estimates have been increasing lately, earning Sunrun a Zacks Rank #1 (Strong Buy) and also implying a 12 month forward P/E ratio for the company of just 11.3X - well below the S&P 500 at 17X and the Solar industry at 25X.

It always makes sense to own the companies that are in a position to benefit from regulatory tailwinds. With its unique and innovative financial structure and the giant state of California committed to spending billions of dollars on the creation of new housing that includes solar power, Sunrun is in a position to ride the alternative energy wave to big profits. 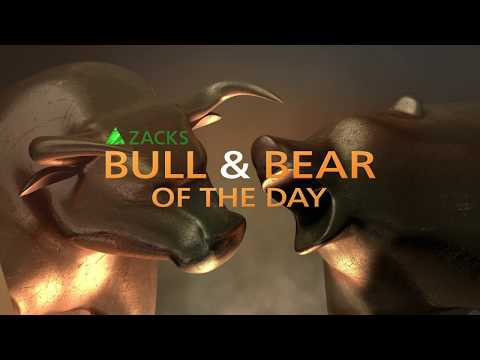