Bull of the Day: Comcast (CMCSA)

Shares of Comcast (CMCSA - Free Report) have climbed 26% in 2019 to crush the S&P 500’s 15% jump and top its industry’s 22% surge. The communications and entertainment giant is coming off a solid first quarter of 2019 and its internet business continued to boom to help counteract declines in cable. Comcast is also ready to launch its own streaming service through its NBCUniversal branch and its Sky acquisition is set to help the firm expand its reach.

Comcast’s revenue jumped roughly 18% to reach $26.86 billion, with the inclusion of its Sky purchase. This figure came in just below our Zacks Consensus Estimate. At the bottom end of the income statement, CMCSA posted adjusted quarterly earnings of $0.76 per share on April 25, which marked a 17% jump and easily beat our $0.66 estimate.

Comcast stock has moved mostly sideways since its earnings release and closed regular trading Thursday at $42.92 per share—just below its 52-week intraday high of $43.96 per share. 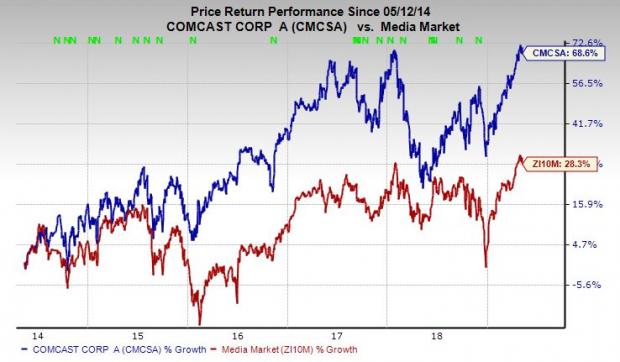 Comcast operates cable, internet, wireless, and security businesses, along with NBCUniversal and now Sky. As we touched on at the top, the company’s cable business has lost subscribers as the cord-cutting revolution, driven by the likes of Netflix (NFLX - Free Report) and Amazon Prime (AMZN - Free Report) , rages on. For instance, the company lost 121,000 total video customers during the quarter.

In order to help offset its cable business, Comcast’s NBCUniversal unit has laid out its plans to launch a free, ad-supported streaming service for anyone that subscribes to a traditional pay-TV service. This includes rivals such as AT&T and Charter.

The service is projected to launch in early 2020 and will feature 1,500 hours of NBC TV shows, like Parks and Recreation, along with hundreds of hours of Universal movies. Aside from the free ad-supported version, non-pay-TV users will be able to pay around $12 a month for NBCUniversal’s streaming service, which will also have to compete against soon-to-be-launched offerings from Disney (DIS - Free Report) , Apple (AAPL - Free Report) , and others.

Moving on, CMCSA stock is trading at 14X forward 12-month Zacks Consensus EPS estimates, which marks a discount compared to its industry’s 19.1X and the S&P’s 16.9X. Plus, investors can see that over the last decade shares of Comcast have traded well above their current levels. Comcast is trading below its 10-year high of 20.3X and its 10-year median of 16.1X, which means we can say that CMCSA stock looks relatively inexpensive at the moment.

Comcast’s price/sales ratio of 2.0 also marks a discount compared to industry’s 2.3 average. On top of its solid valuation picture, the company currently pays a quarterly dividend of $0.21 per share, up from the prior fiscal year’s $0.19. Comcast’s dividend yield sits at roughly 2% at the moment.

Looking ahead, Comcast’s second-quarter fiscal 2019 revenue is projected to soar 27.7% to reach $27.75 billion, based on our current Zacks Consensus Estimate. The firm’s full-year revenues are expected to jump by nearly 19% to reach $112.24 billion. Investors should, however, note that 2020’s revenue is projected to climb only 5.2% above our current-year estimate as the favorable, Sky-boosted comparison periods come to an end.

At the bottom end of the income statement, Comcast’s adjusted quarterly earnings are projected to climb 12.3%. CMCSA’s full-year EPS figure is expected to climb 14.5%, with 2020’s earnings projected to jump roughly 11% above our current year estimate. On top of that, the firm’s earnings estimate revision activity has climbed heavily in the right direction over the last 30 days.

Comcast is currently a Zacks Rank #1 (Strong Buy) based, in large part, on its recent earnings estimate revision trends. CMCSA also sports “B” grades for Value and Momentum in our Style Scores system and looks like a solid blue-chip stock to buy right now. 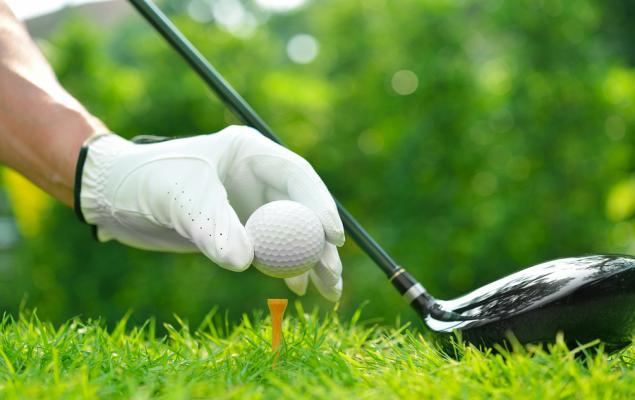 Bull Of The Day: DriveShack (DS)