Bear of the Day: Stamps.com (STMP)

Stamps.com (STMP - Free Report) cut its guidance for the second time this year, causing the stock to crater further. This Zacks Rank #5 (Strong Sell) is expected to see a big earnings decline this year.

Stamps.com isn't only about stamps. It's main business is in shipping software, which does also provide online postage to small businesses, home offices, corporations and individuals.

It Ended Exclusive US Postal Service Agreement in February

On Feb 21, when announcing its fiscal fourth quarter results, Stamps.com surprised the Street by announcing it was ending its exclusive partnership with the USPS.

It then cut its earnings guidance for the year.

But that, apparently, wasn't the end of the pain.

Because on May 8, when the company went to report its first quarter results, it cut guidance for a second time.

It's now renegotiating with other partners like Amazon (AMZN - Free Report) , FedEx (FDX - Free Report) and UPS (UPS - Free Report) but, it turns out, they are part of the USPS's reseller program (which Stamps.com was apparently unaware of previously.)

Not surprisingly, the analysts had to revise their estimates lower once again.

3 estimates were cut since the earnings report, pushing the Zacks Consensus down to $3.83. That's an earnings decline of 67% from the prior year as the company made $11.78.

Just 90 days ago, before the surprised February announcement, analysts had expected earnings of $11.78.

Shares have plunged twice in 2019, wiping out most of the gains in the shares over the last year.

Shares have fallen 84% over the prior year and are down 75% year-to-date.

Some investors got in after the first plunge, thinking the worst was over.

But now that there's been a second devastating sell-off, is now the time?

Stamps.com now trades with a forward P/E of 10.4. That's cheap, but it's not dirt cheap.

But with two guidance cuts this year, it's not clear if more will be coming. How "safe" is the "E" in the P/E?

Investors may want to stay on the sidelines with this one until there is more certainty. 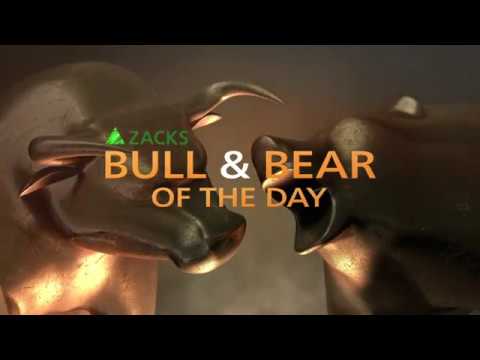