In addition to providing a broad range of products and services to U.S. customers, these banks offer financial services to their corporate clients having businesses in the United States.

Moreover, these banks establish relations with U.S. corporations operating in their home country. Some units of foreign banks offer a broad range of both wholesale and retail services, along with conducting money-market transactions for their parent organizations, while others involve in developing only specialized services.

The Zacks Foreign Banks Industry is a 63-stock group within the broader Zacks Finance Sector. The industry currently carries a Zacks Industry Rank #233, which places it at the bottom 9% of more than 250 Zacks industries.

The group’s Zacks Industry Rank, which is basically the average of the Zacks Rank of all the member stocks, indicates continued underperformance in the near term. Our research shows that the top 50% of the Zacks-ranked industries outperforms the bottom 50% by a factor of more than 2 to 1.

Our proprietary Heat Map shows that the industry’s rank has continually deteriorated over the past six weeks.

The industry’s positioning in the bottom 50% of the Zacks-ranked industries is a result of bleak earnings outlook for the constituent companies in aggregate. Looking at the aggregate earnings estimate revisions, it appears that analysts are gradually losing confidence in this group’s earnings growth potential. Since July 2018, the industry’s earnings estimate for the current year has been revised 21% downward.

The Zacks Foreign Banks Industry has underperformed both the S&P 500 and its own sector in the past two years.

While the stocks in this industry have collectively decreased 8.4%, the Zacks S&P 500 composite and Zacks Finance Sector have gained 21.4% and 4.3%, respectively.

One might get a good sense of the industry’s relative valuation by looking at its price-to-tangible book ratio (P/TBV), which is commonly used for valuing banks because of large variations in their earnings results from one quarter to the next.

The industry currently has a trailing 12-month P/TBV of 1.67X. When compared with the highest level of 2.10X and median level of 1.71X over the past five years, there is apparently plenty of upside left.

Additionally, the industry is trading at lower levels when compared with the market at large, as the trailing 12-month P/TBV for the S&P 500 is 11.21X and the median level is 8.73X.

As finance stocks typically have a lower P/TBV ratio comparing foreign banks with the S&P 500 may not make sense to many investors. But a comparison of the group’s P/TBV ratio with that of its border sector ensures that the group is trading at a decent discount. The Zacks Finance Sector’s trailing 12-month P/TBV of 3.66X and the median level of 3.40X for the same period are way above the Zacks Foreign Banks Industry’s respective ratios.

While the developed nations (except the United States) are yet to make the backdrop favorable for their banks, nothing similar is anticipated from the emerging economies. In fact, a stronger dollar and rising U.S. Treasury yields have been putting pressure on some of the emerging economies, with the likelihood to spread across the others too.

The industry might not be able to tide over the broader challenges in the near future. Thus, it may not be a good idea to bet on this space right now. Nonetheless, it could be wise to bet on a few foreign bank stocks that have a strong earnings outlook.

Banco Latinoamericano de Comercio Exterior, S.A. : The stock of this Panama City, the Republic of Panama-based bank has produced 12.6% returns in the past six months. The consensus EPS estimate for the current year has climbed 4.8%, over the last 60 days. The stock sports a Zacks Rank of 1, at present.

Credit Suisse Group (CS - Free Report) : Shares of this Switzerland-based bank have climbed 1.8% in six months’ time. The Zacks Consensus Estimate for the 2019 EPS has moved up marginally, in the last 60 days. Currently, the stock carries a Zacks Rank #2.

Grupo Financiero Galicia S.A. (GGAL - Free Report) : The consensus EPS estimate for this Buenos Aires, Argentina-based bank moved up 10% for the ongoing year, in 60 days’ time. The stock has rallied 13.9%, over the past six months. The stock holds a Zacks Rank of 2, at present.

Bank Of Montreal (BMO - Free Report) : The stock of this Montreal, Canada-based bank has appreciated 5.4% in the past six months. The consensus EPS estimate for the current fiscal year has moved slightly north in the last 60 days. The stock carries a Zacks Rank #2, currently.

HDFC Bank Limited (HDB - Free Report) : Shares of this India-based bank have gained 21.8% in six months’ time. The Zacks Consensus Estimate for the current fiscal year EPS has been revised slightly upward over the last 60 days. The stock currently holds a Zacks Rank of 2. 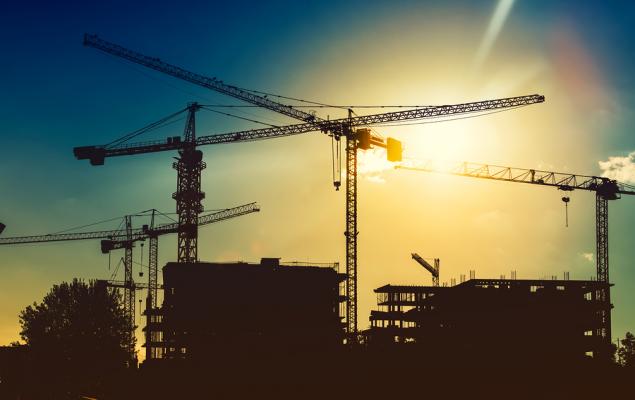