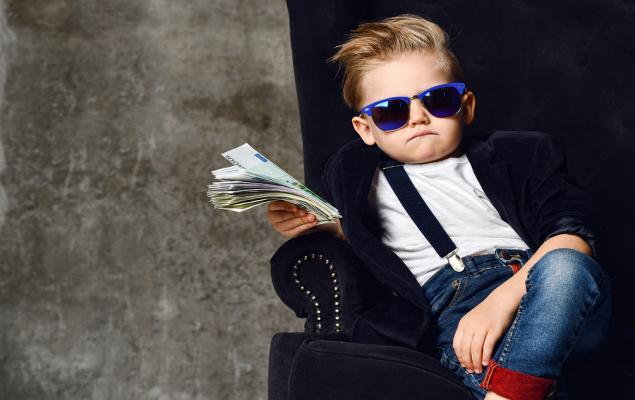 What is the VIX Telling Us About the Equity Markets?

Lately, we've seen values in the VIX that - while close to long-term historical averages - are well above the trend in recent years toward low implied volatilities. For some historical perspective, let's take a look back at the last time we saw a spike in the VIX - at the end of 2018 just before the equity indexes staged a big rally.

During a time of increased volatility in the equities markets, we tend to hear a lot about the CBOE Volatility Index, or “VIX” for short, a quantitative measure of the market’s expectations for future volatility that’s calculated from the prices of options on the S&P 500 index.

After spending years in a range well below historical averages, the VIX has roared back to life in the past three weeks and closed Wednesday at 19.35%.

Though it often gets the moniker “the market’s fear gauge”, the VIX is actually fairly easy to understand and moves for numerous reasons other than fear.

Let’s get to the bottom of those reasons.

The Chicago Board Options Exchange - now CBOE Global Markets (CBOE - Free Report) - introduced the VIX index in 1993 as a single number that would allow traders and the investing public to know the level of implied volatility in options on the broad markets.  The original VIX was calculated from 8 front-month options on the OEX (the CBOE’s index on the S&P 100.)  Historical values going back to 1985 were also made available at that time.

In 2003, the calculation of the VIX was modified to use the more liquid options on the S&P 500 - the SPX - and the basket of options in the calculation was expanded to a weighted average of all the at-the money and out-of-the-money options in the front two months with an average of 30 days to expiration. The intention was to make the index a more representative sample of the option market’s prediction of future volatility.

In 2004, the CBOE introduced futures contracts on the VIX.  Because no physical commodity or instrument can be exchanged, VIX futures are cash settled, with the two counter-parties to a trade exchanging the cash value of the difference between the traded price and the settlement price of the index at expiration.

In 2006, the CBOE first listed options on the VIX.  Like the VIX futures, the options are also cash settled with the difference between the settlement price and the strike price of in the money options exchanged.  Other than the fact that they are cash-settled and are European exercise (they cannot be exercised prior to expiration - which is a basically inconsequential detail to most individual investors) they trade just like options on individual stocks.

Several ETFs have subsequently been introduced that allow traders to gain long or short exposure to the VIX, including some that are double or triple leveraged.

The long-term average price of the VIX is slightly less than 19.9%. The average over the past few years has been closer to 12%, but with a few huge spikes.

The percentage value quoted in the VIX represent the size of a one standard deviation move over one year in the S&P 500 index. Pricing models assume the normal distribution of returns, so a VIX reading of 16% means the options markets are pricing in a 68% chance that the index will be within 16% of it’s current level one year from now.

In reality, few index options traders expect or want to hold positions for an entire year.

The expected return over small periods of time can be interpolated by dividing the annual VIX figure by the square root of the number of trading periods in a year. For instance, there are approximately 256 trading days in a year. If we take the square root of 256 we get 16, so an implied volatility of 16% would suggest daily moves of 1% or less are expected to occur 68% of the time.

That’s closer to what most traders and market makers in index options care about. Though market makers would prefer to trade out of an options position as soon as they acquired – and collect the bid-ask spread with almost no risk - the reality is that they are usually forced to hold a collection of various options and to avoid directional exposure to the underlying, hedge the portfolio with trades in the underlying security until the options are closed with another trade or expire.

When a trader is long a net number of options, the position loses money every day as the time value of the options decays – and at an accelerating rate as expiration approaches – but the hedge trades in the underlying are usually profitable. They will be buying low when the underlying declines and selling high when it rises. The more opportunities the trader gets to hedge, the more likely it is that the accumulated profits from those hedge trades will exceed the amount that the options decay, resulting in a profit. That trader would prefer frequent movement in either direction and thus, more chances for profitable hedge trades.

The opposite is true of traders who have a position that is net short options. The time decay works in favor of the position but each hedge trade eats into profits as they buy high and sell low, so the fewer of them that occur, the better. This trader would prefer the underlying to not move at all.

Options market makers will typically change their estimates for future volatility – and thus the observed traded price of options – based on two factors, supply and demand for options in general and the profitability of holding long or short options positions.

When the public wants to buy large numbers of options, vols will tend to rise as market makers seek to get higher selling prices on each additional sale. When the public is selling options, implied vols usually fall.

Also, when the underlying S&P 500 index is moving with frequency and magnitude, traders are more willing to hold long options positions because of the profitable hedging activity. When the index is not moving much, traders lower the volatility input to their models to avoid holding unprofitable long positions or even switch to a more advantageous short position.

The recent increases we’ve seen in the VIX seems to be a combination of both factors. First, there’s a market demand for protection from declines that makes institutions want to buy options. Also, because the indexes have been moving frequently and quickly – sometimes up and down in a single day which is the proverbial gravy train for traders hedging a long-option position – market makers are more willing to keep vols high and hold long options in their portfolio because they are profitable.

For these reasons, option volatilities tend not to be a very good leading indicator of future market moves. In fact, it’s almost the opposite. In all but a few cases, very high implied vols have been a signal that actual observed volatility is about to decrease. Once the majority of people want to buy options – either to make profits or protect existing positions - the volatility party is almost over.

By definition, in a zero-sum game, everyone can’t be a winner.

There are no guarantees in life or trading, but spikes in the VIX often are simply the result of panic temporarily triumphing over reason.

Savvy investors know that that’s exactly when you want to buy.

VIX Revisited and a Trade for Volatility Spikes