The Zacks Steel Producers industry is part of the broader Zacks Basic Materials sector. It carries a Zacks Industry Rank #172, which places it at the bottom 33% of more than 250 Zacks industries.

The group’s Zacks Industry Rank, which is basically the average of the Zacks Rank of all the member stocks, indicates a gloomy near term. Our research shows that the top 50% of the Zacks-ranked industries outperforms the bottom 50% by a factor of more than 2 to 1.

Before we present a few steel producers stocks that you may want to consider for your portfolio, let’s take a look at the industry’s recent stock market performance and current valuation.

The Zacks Steel Producers industry has lagged both the Zacks S&P 500 composite and the broader Zacks Basic Materials Sector over the past year. 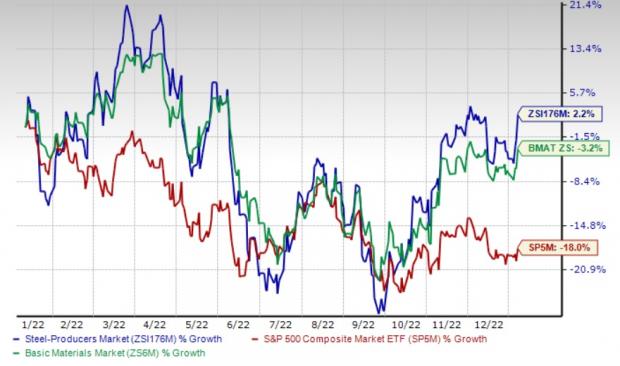 On the basis of trailing 12-month enterprise value-to EBITDA (EV/EBITDA) ratio, which is a commonly used multiple for valuing steel stocks, the industry is currently trading at 5.65X, below the S&P 500’s 10.89X and the sector’s 8.68X.

Here, we present one stock sporting a Zacks Rank #1 (Strong Buy) and two stocks carrying a Zacks Rank #2 (Buy) that are well positioned to gain amid the prevailing challenges. There is also another stock with a Zacks Rank #3 (Hold) that investors may currently hold on to. You can see the complete list of today’s Zacks #1 Rank stocks here.

Commercial Metals Company (CMC - Free Report) : The Texas-based company currently carries a Zacks Rank #2. It has an expected earnings growth of 36.9% for the current year. The company delivered an average positive earnings surprise of 8.3% in the trailing four quarters. The consensus EPS estimate has moved 1% higher for the current year, over the last 60 days. 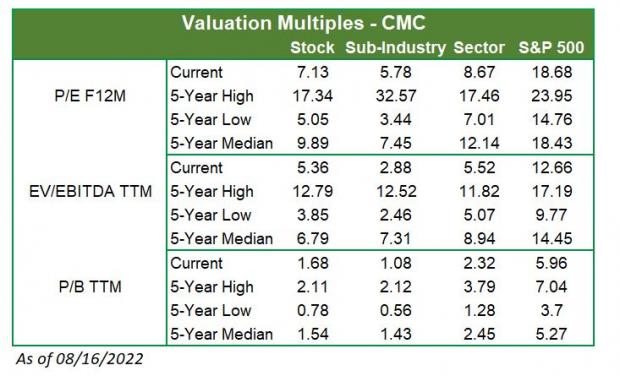 Shiloh Industries, Inc. SHLO: The consensus EPS estimate for this Ohio-based company has moved 50% higher for the current year, over the last 60 days. The stock, carrying a Zacks Rank #2, has also delivered an average positive earnings surprise of 535.4% in the trailing four quarters.

Nucor Corporation NUE: The North Carolina-based company, carrying a Zacks Rank #3, delivered an average positive earnings surprise of 2.6% in the trailing four quarters. The company also has an estimated long-term earnings growth rate of 12%, higher than the industry average of 7.5%.