The companies housed in the Zacks Airline industry focus on the transportation of passengers and cargo to various destinations across the globe. Most operators maintain a fleet of mainline jets apart from regional planes. They operate with the help of their regional airline subsidiaries and third-party regional carriers. The industry participants utilize their respective cargo divisions to provide a wide range of freight and mail services.

The Zacks Airline industry is a 28-stock group within the broader Zacks Transportation sector. The industry currently carries a Zacks Industry Rank #80, which places it in the top 32% of more than 250 Zacks industries.

The Zacks Airline industry has underperformed the broader Zacks Transportation Sector and the Zacks S&P 500 composite over the past year. 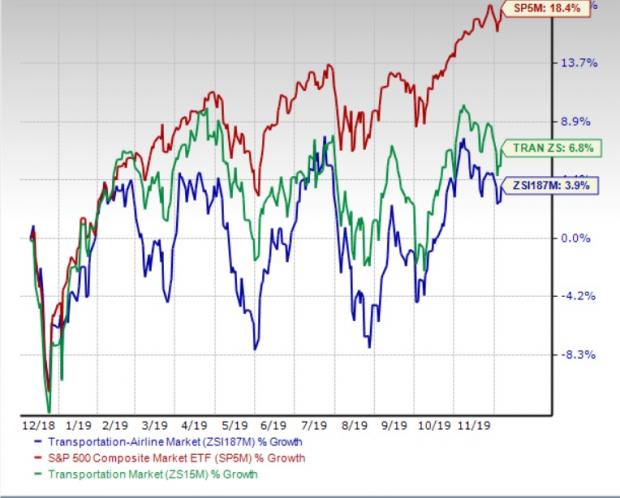 On the basis of trailing 12- month enterprise value-to EBITDA (EV/EBITDA), which is a commonly used multiple for valuing airline stocks, the industry is currently trading at 6.56X compared to the S&P 500’s 11.55X. It is also below the sector’s trailing-12-month EV/EBITDA of 7.75X. 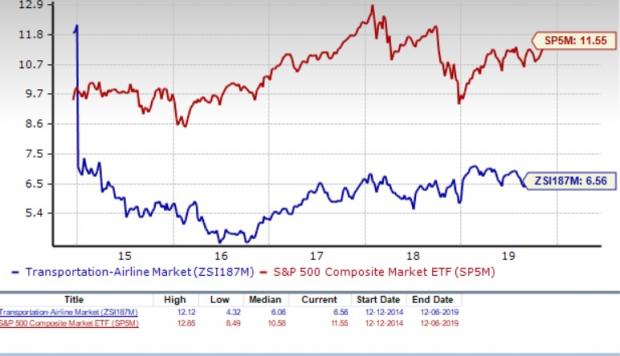 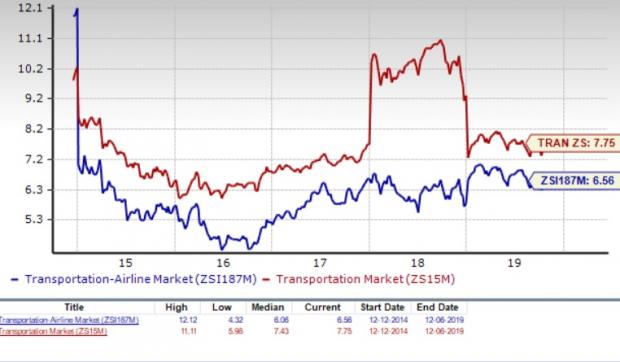 Despite headwinds like U.S.-China trade tensions and issues related to the grounding of Boeing 737 Max jets, the near-term prospects of the airline industry appear rosy courtesy of an uptick in passenger revenues on the back of robust demand for air travel. Low oil prices also bode well for airline stocks.

Here, we present three stocks that either have a Zacks Rank #1 (Strong Buy) or Rank 2 (Buy). You can see the complete list of today’s Zacks #1 Rank stocks here.

Deutsche Lufthansa Aktiengesellschaft DLAKY functions as an aviation company in Germany as well as internationally. The stock, sporting a Zacks Rank #1, saw the Zacks Consensus Estimate for current-year earnings being revised 17.2% upward over the past 60 days. 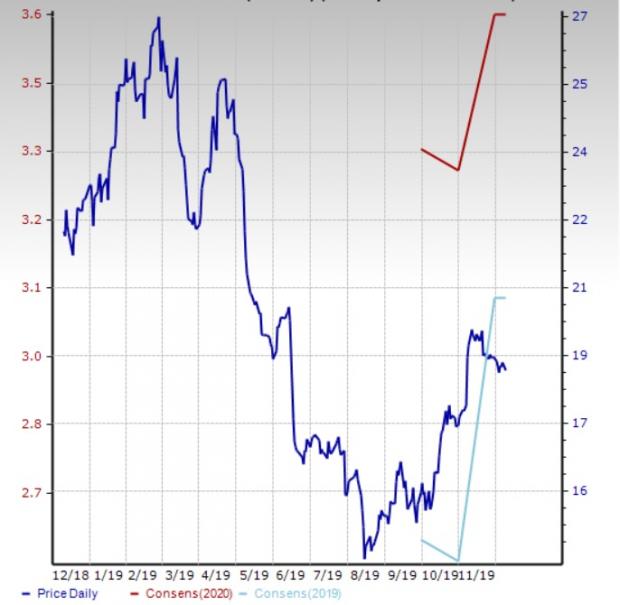 Allegiant Travel Company ALGT, based in Las Vegas, NV, operates a low-cost passenger airline through its subsidiary Allegiant Air LLC and sports a Zacks Rank #1. The stock has seen the Zacks Consensus Estimate for current-year earnings being revised 4.6% upward over the past 60 days. The stock’s expected earnings growth rate for the current year is 44.4. 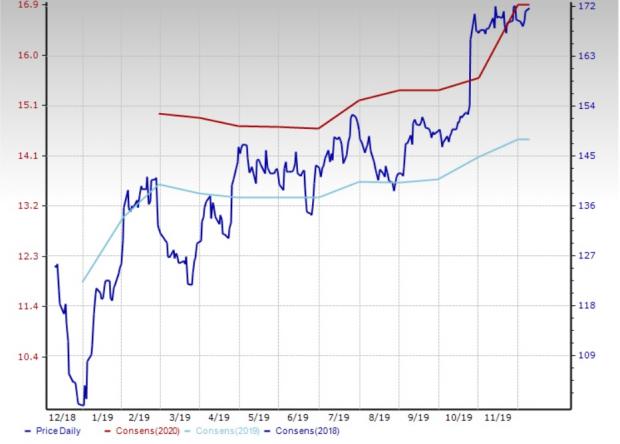 Ryanair Holdings (RYAAY - Free Report) provides scheduled-passenger airline services. This European low-cost carrier currently has a Zacks Rank #2. The Zacks Consensus Estimate for its current-year earnings moved up 7.1% in the past 60 days. 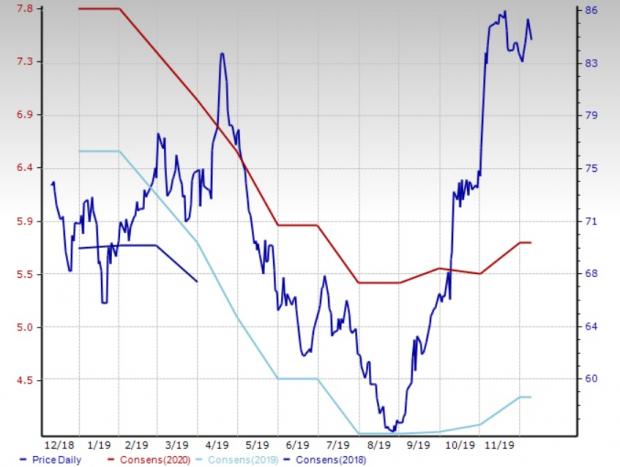