Banks will be in the spotlight in the coming days as JPMorgan (JPM - Free Report) , Wells Fargo WFC, and Citigroup C kick-off the Q4 earnings season for the Finance sector. Bank earnings were essentially flat in the first three quarters of 2019 and the Q4 numbers are unlikely be different in any meaningful way.

Unlike the Major Banks industry, the growth picture for the broader Finance sector as a whole is reasonably good, with total Finance sector earnings in Q4 expected be up +7.5% from the same period last year on +6.3% higher revenues.

For Q4, total earnings for the S&P 500 index are currently expected to be down -3.7% on +3.4% higher revenues, with 10 of the 16 Zacks sectors expected to have lower earnings relative to the year-earlier period.

As has been the trend in other recent periods, Q4 estimates came down as the quarter got underway, as the chart below shows. 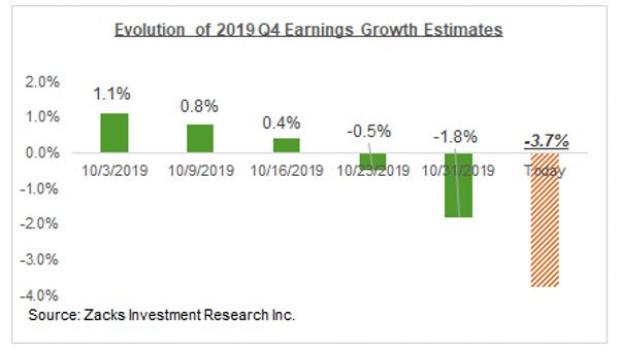 The magnitude of negative revisions to Q4 estimates is in-line with historical trends. In fact, a big reason for the market’s favorable reaction to Q3 results was the absence of across-the-board negative guidance that many in the market appeared to fear ahead of the start of that earnings season.

Driving this fear was the negative impact of the trade issue on business confidence and growing signs of economic weakness in key regions of the world, including the domestic factory space.

The chart below of quarterly year-over-year earnings growth for the S&P 500 index shows estimates for Q4 and the following quarter and actual results for the preceding 5 quarters. 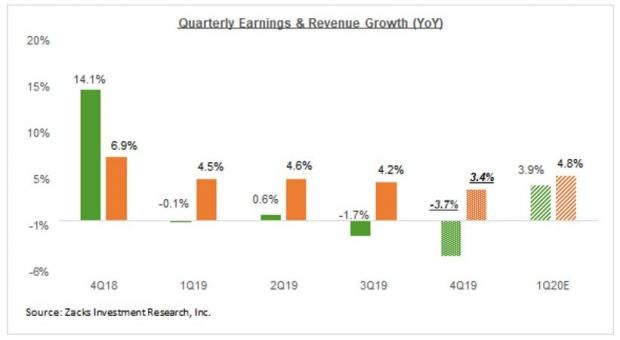 As you can see above, earnings growth was essentially flat in the first two quarters of the year, fell -1.7% in Q3, and is expected to be down -3.7% in Q4. This is expected to change as turn the page on 2019 given the tough comparisons to tax-boosted earnings in 2018, with growth resuming in 2020 Q1, as the above chart shows. 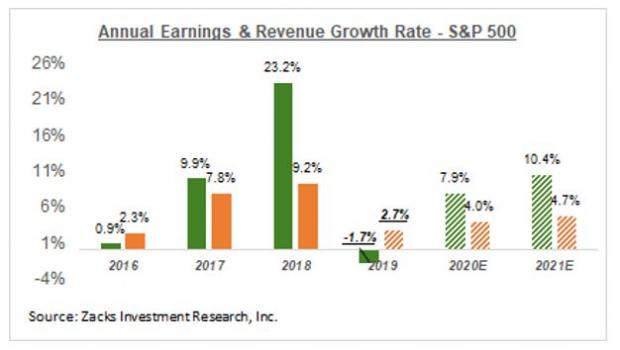