The large money-center banks that will kick-off the December-quarter earnings season for the sector this week have been standout stock market performers lately.

The Zacks Major Banks industry, which includes JPMorgan JPM, Bank of America BAC, Citigroup C and others that are on deck to report results, enjoyed a +28.7% gain over the past year, outperforming the broader market. As you can see in the chart below, JPMorgan and Bank of America have done even better.

The 2019 outperformance follows the group’s dismal showing the year before when it lagged the broader market by a big margin.

The biggest factor driving the group’s rebound in 2019 was Fed policy and its impact on the yield curve. Other macro and industry-specific factors likely played roles as well, but the clear indication from the central bank of pausing its easing move and the market expectation that this stance will remain in place through 2020 has been key pushing this group higher.

While the margin pressure has been a function of Fed policy, the group has otherwise been well placed all along, with a stable and moderately growing U.S. economy driving decent loan growth. The combination of fee growth and cost controls has been helping profitability, with active share buybacks adding to the per share earnings.

On top of all of this has been an attractive valuation picture for the group, in our view, that still remains favorable despite the 2019 gains, as the chart below shows.

Total Q4 earnings for the Zacks Major Banks industry that includes JPMorgan, Wells Fargo and other major industry players are expected to be down -9.6% from the same period last year on +1.4% higher revenues. The decline is primarily a function of tough comparisons at Bank of America and Wells Fargo, with the year-earlier tally reflecting a one-time boost from the tax cut legislation.

The chart below puts the Finance sector’s Q4 earnings and revenue growth expectations in the context of where growth has been in the last two quarters and where it is expected in the following quarter. 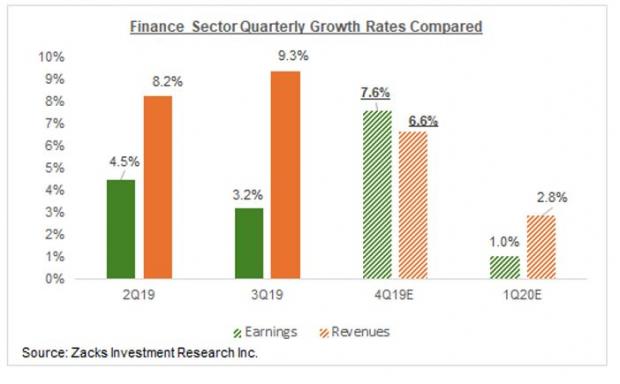 As is typically the case, estimates for the period came down as the quarter got underway, as the chart below shows. 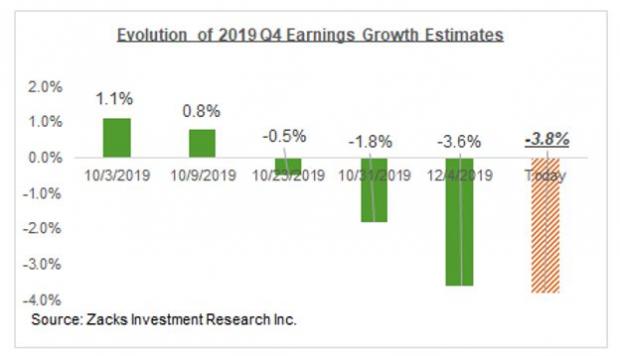 Estimates have come down across the board, with 15 of the 16 Zacks sectors suffering negative revisions (Utilities is the only sector where estimates modestly ticked up). Sectors experiencing the biggest negative revisions include Autos, Aerospace, Industrial Products and Basic Materials.

The Autos sector was expected to enjoy earnings growth of +6.1% at the start of October, which has now dropped to a decline of -56%. This dramatic shift is primarily a function of how estimates for General Motors GM have evolved lately, with the current Zacks Consensus EPS of 6 cents for the automaker in Q4 down from $1.77 two months back. 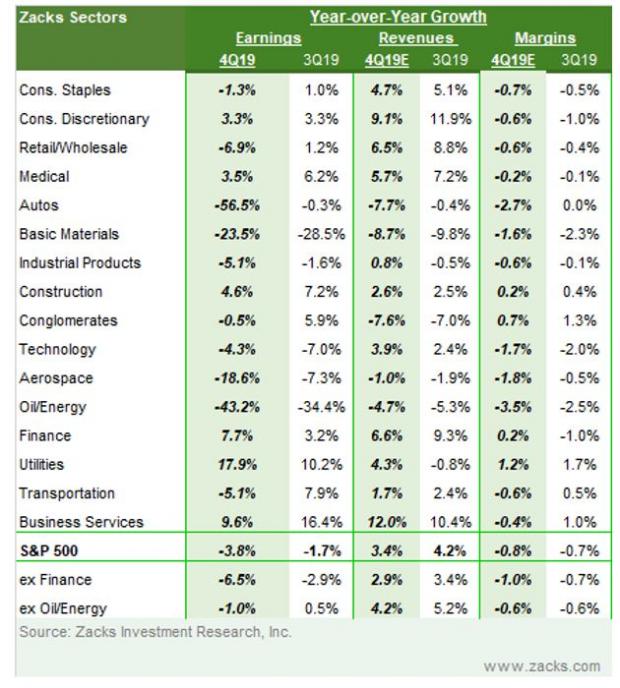 We have a total of 45 companies reporting Q4 results this week, including 24 S&P 500 members that includes JPMorgan, Citigroup, and Wells Fargo (WFC - Free Report) reporting the morning of Tuesday January 14th.

But these banks aren’t the first companies reporting Q4 results, as the companies that have been reporting quarterly results since last month also form part of the December-quarter tally. All of these early reporters have been reporting results for their fiscal quarters ending in November. In total, we have seen such Q4 results from 19 S&P 500 members that includes results from the likes of Nike NKE, FedEx FDX and others that reported in December 2019.

Total earnings for these 19 S&P 500 members that have reported results already are down -19.1% from the same period last year on +2.5% higher revenues, with 78.9% beating EPS estimates and 68.4% beating revenue estimates.

The comparison charts below put these results in the context of what we this same group of 19 index members have been reporting in other recent periods. The first set of charts compare the beats percentages while the second set does a similar comparison for Q4 earnings and revenue growth rates. 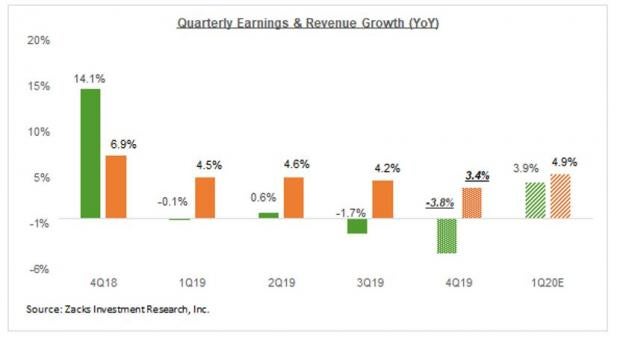 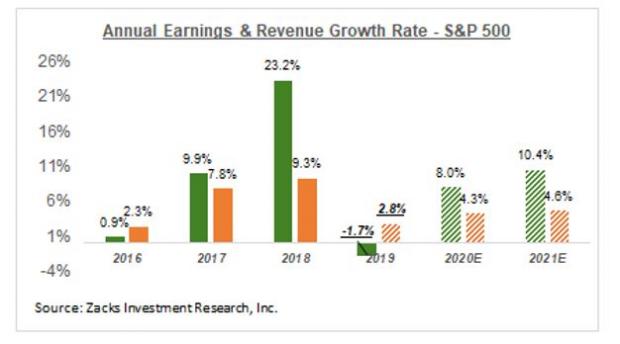 For an in-depth look at the overall earnings picture and expectations for Q4, please check out our weekly Earnings Trends report >>>> Q4 Earnings Season Gets Underway