As investors cheer Dow 29,000 and the signing of Phase One of the US-China trade deal, it may feel like every stock in the universe is going up. We have seen some dramatic moves higher in many sectors and industries. Jumping blindly into stocks may sound like a good idea when everything is marching higher but eventually, the fun is going to stop. When the music stops, you don’t want to be the one holding the buck. One way to avoid that is by leaning on the power of the Zacks Rank. Stocks with favorable Zacks Ranks have the strongest earnings trends. Its these strong earnings which will help the cream rise to the top when the broad market becomes less inviting.

The reason for the favorable Zacks Rank lies in the series of recent earnings estimate revisions coming to the upside. This is on the heels of a fantastic Q4 earnings report where the company reported EPS of $1.70 versus expectations calling for just $1.40. Revenues were also stronger-than-expected at $11.4 billion versus $11.3 billion.

Over the last week alone, three analysts have increased their earnings estimates for the current year while one analyst has increased estimates for next year. The bullish sentiment has increased the Zacks Consensus Estimate for the current year from $6.98 to $7.24 over the last ninety days, while next year’s number has shot up from $7.44 to $7.88. The airlines industry ranks in the Top 24% of our Zacks Industry Rank, meaning the bullishness can be felt throughout the industry, not just with Delta. There are several airlines reporting soon, giving investors a chance to take advantage of this trend. 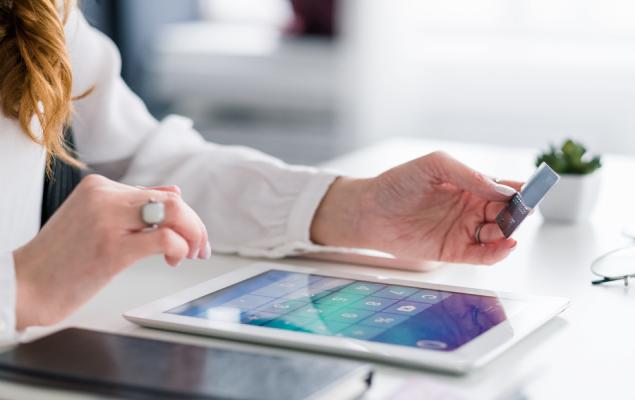 Bull of the Day: Helen of Troy (HELE)