Shares of iRobot (IRBT - Free Report) have tumbled 40% in the last six months even as its industry and the S&P 500 jumped 12%. The drop came after the robotic vacuum maker narrowed its earnings and revenue outlook as the U.S.-China trade war takes its toll. 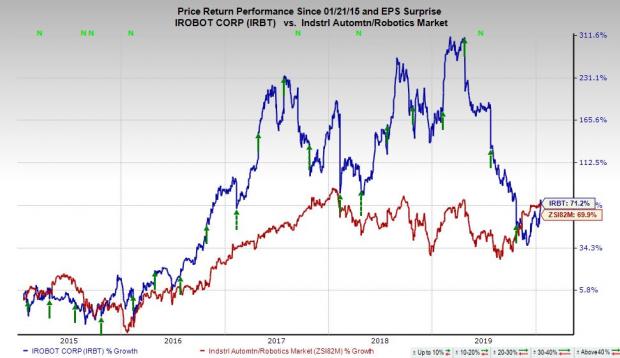