Read MoreHide Full Article
Dell Technologies (DELL - Free Report) , the $37 billion powerhouse in PCs and networking infrastructure, has slipped into the cellar of the Zacks Rank because analysts were in agreement that the coming fiscal year (starting February) would see another decline in earnings.
It was a close call only a few months ago if they would be able to pull off a little bit of EPS growth, but November's release of Q3 results and  dashed those hopes.
On November 26, Dell reported a 10% EPS beat for Q3 but missed slightly on the topline with $22.9 billion vs consensus of $23.04B.
More importantly, management lowered the sales outlook for the remaining quarter of the year to around $92 billion, reflecting only 1.6% annual growth.
Subsequently, even without guidance for the coming fiscal year, analysts took down EPS estimates with the consensus dropping nearly 7% from $7.26 to $6.75. This would represent a 7.75% annual decline.
In reaction, Credit Suisse analyst Matthew Cabral lowered his price target for Dell Technologies to $55 from $61 saying the company reported "mixed" Q3 results, with a revenue shortfall that was more than offset by margin upside to drive an earnings beat.
Looking ahead, the updated fiscal 2020 guidance implies Q4 revenue growth could swing negative year-over-year, Cabral told investors in a research note on 11/27. He believes the demand environment for enterprise hardware remains soft and he keeps a Neutral rating on Dell.
The China Syndrome
While DELL shares struggle 28% below their 2019 highs near $70 after just coming back public in Dec 2018, there is plenty of competition from the likes of VMware (VMW - Free Report) and Arista Networks (ANET - Free Report) in cloud and on-premise systems.
Another more recent surprise to some investors was the announcement in early December by the Chinese government ordering state offices to remove foreign hardware and software. This could have some negative impact on PC and component makers including Dell, Microsoft (MSFT - Free Report) , HP (HPQ - Free Report) and Intel (INTC - Free Report) . The Financial Times' Yuan Yang and Nian Liu reported that the Communist Party policy has been dubbed "3-5-2" because the replacement of the technology will happen at a pace of 30% in 2020, 50% in 2021, and 20% in 2022.
For current or prospective investors in Dell, now is not the time to take a big position. Better to wait until Q4 earnings and the company outlook in late February -- and for estimates to stop going down. The Zacks Rank will let you know.
The Hottest Tech Mega-Trend of All
Last year, it generated $24 billion in global revenues. By 2020, it's predicted to blast through the roof to $77.6 billion. Famed investor Mark Cuban says it will produce "the world's first trillionaires," but that should still leave plenty of money for regular investors who make the right trades early.
See Zacks' 3 Best Stocks to Play This Trend >> 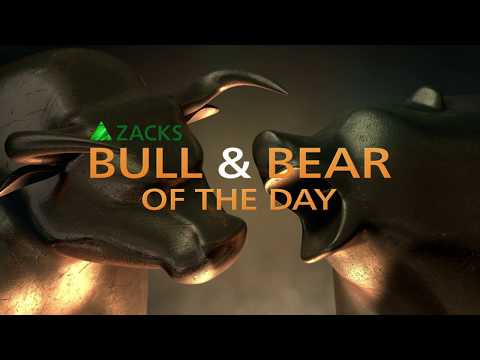 Bear of the Day: Deere and Company (DE)