The Zacks Oil and Gas - Canadian E&P industry consists of Canada-based companies focused on exploration and production (E&P) of oil and natural gas. These firms are engaged in finding hydrocarbon reservoirs, drilling oil and gas wells, and producing and selling these materials to be refined later into products such as gasoline.

The Zacks Oil and Gas - Canadian E&P is a 7-stock group within the broader Zacks Oil - Energy sector. The industry currently carries a Zacks Industry Rank #113, which places it in the top 44% of more than 250 Zacks industries.

Taking into consideration the increasingly bullish outlook of the industry, we will present a few stocks that you may want to consider for your portfolio. But it’s worth taking a look at the industry’s recent stock-market performance and valuation picture first.

The Zacks Oil and Gas - Canadian E&P has surpassed the broader Zacks Oil - Energy Sector as well as the Zacks S&P 500 composite over the past year. 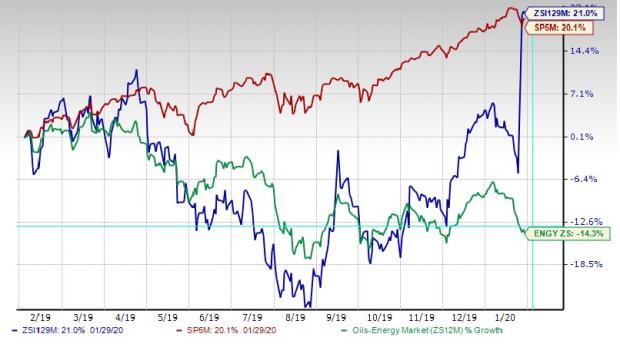 On the basis of the trailing 12-month EV/EBITDA ratio, the industry is currently trading at 4.91X, significantly lower than the S&P 500’s 12.25X. It, however, mirrors the sector’s trailing-12-month EV/EBITDA of 4.9X.

Agreed, Canadian crude prices are most likely to trade at a discount to WTI because of quality and pipeline issues. However, a string of positive updates associated with the industry have been warmly received by investors.

As discussed above, the first piece of encouraging news pertains to the contentious Keystone XL pipeline, work on whose construction is likely to commence shortly – a much needed step to move oil from Alberta to the refineries in the United States. Meanwhile, a corporate tax cut by Alberta’s provincial government and easing of the state-mandated production curtailments should lead to increased oil sands investment this year for the first time since 2014.

Meanwhile, the official go-ahead for the much-awaited Kitimat mega LNG export facility is expected to be a game changer for the Canadian energy sector. The project will help ease the nation's gas oversupply while tapping into the growing demand for the commodity in Asia. Due to Canada’s proximity with the Asian markets along with robust natural gas production in British Columbia and Alberta, the nation is a much-preferred destination for the LNG export facilities. The startup of the Kitimat project is likely to unleash a new LNG wave in Canada.

Crescent Point Energy Corp. CPG: Crescent Point Energy’s operations are primarily concentrated in southwest and southeast Saskatchewan and Utah. The Calgary-based company carries a Zacks Rank #2 and has an attractive expected earnings growth of 344.5% for this year. 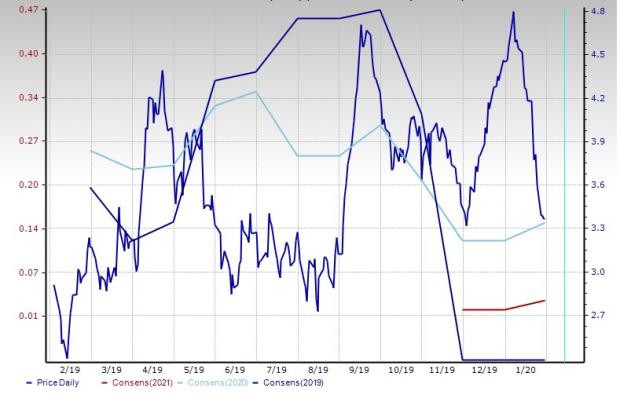 Canadian Natural Resources Limited (CNQ - Free Report) : This Calgary-based operator is one of the largest independent energy companies in Canada engaged in the exploration, development and production of oil and natural gas. Canadian Natural Resources, whose core operations are focused in Western Canada, the United Kingdom sector of the North Sea and offshore Africa, carries a Zacks Rank #2. Over 30 days, the company has seen the Zacks Consensus Estimate for 2020 increase 25.6%. 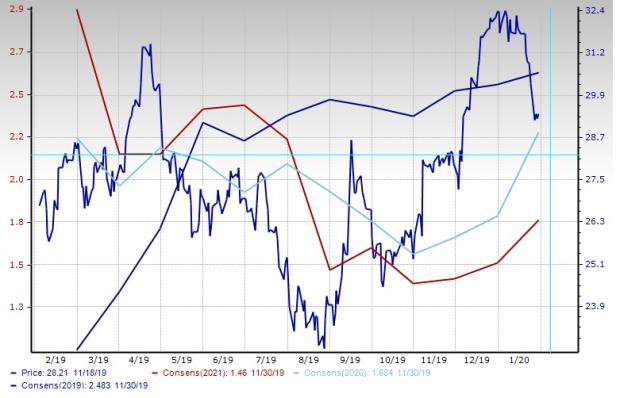 Baytex Energy Corp. BTE: Baytex Energy is an intermediate explorer and producer with primary focus on the Western Canadian Sedimentary Basin and in the Eagle Ford in the United States. Over 30 days, the Calgary-headquartered company – carrying a Zacks Rank #3 – has seen the Zacks Consensus Estimate for 2020 surge 25%. 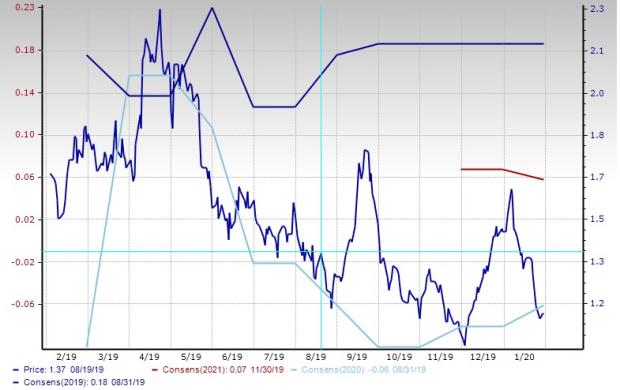 Enerplus Corporation ERF: Enerplus focuses on Bakken and Three Forks formations in the Williston Basin in North Dakota, together with interests in the Marcellus Basin in and waterflood projects in Canada. The Calgary-based company carries a Zacks Rank #3 and has an expected earnings growth of 15.6% for this year. 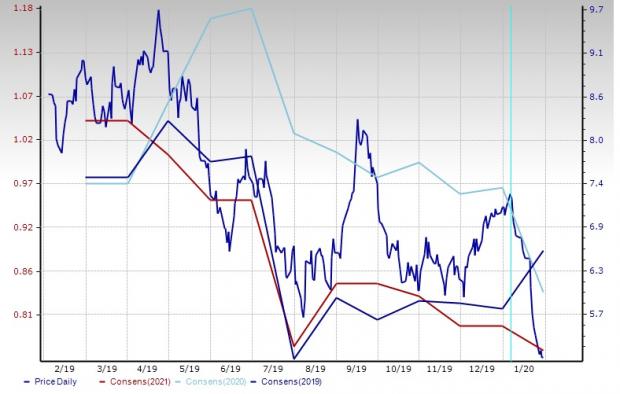