Bull of the Day: The Rubicon Project (RUBI)

The Rubicon Project (RUBI) is a Zacks Rank #1 (Strong Buy) that focuses on the buying and selling of advertising. The company’s cloud platform allows real time trading of digital advertising between buyers and sellers.

The stock had recently broken out to three-year highs after it had shown investors consecutive quarters of earnings beats, capped off by a blowout quarter back in February.

The recent sell off has squashed long-term holders’ dreams of a big run higher. After the stock was up almost 40% on the year, RUBI investors are now looking at an almost 20% loss!

The selling is related to Coronavirus and recession fears, but the big swing lower seems to be overdone. Long-term investors will likely benefit buying at current prices, while shorter-term traders can play for a bounce on any relief rally.

On February 26th, Rubicon saw their seventh straight EPS beat. The earnings surprise was to the upside, with the company beating by 21% on the bottom line. In addition, RUBI saw revenues at $48.5 million vs the $41.1 million year over year. The company said its also on track to close the Telaria merger in April.

CEO Michael G. Barrett had comments on the merger:

We're excited about the go-to-market opportunity ahead of us when we close the pending merger with Telaria to better serve sellers and fill buyer demand in the growing area of CTV and web video. On a combined basis, CTV and web video willapproach half of our total revenue”

The stock had a nice move higher in early February after the company guided FY19 revenue higher in late January. After RUBI reported EPS, the stock started selling, despite the beat. Then the market sell-off hit and things went south fast. 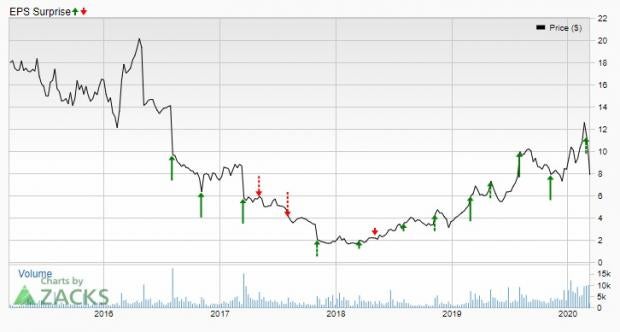 You don’t often see a stock go from up 40% on the year to down 20% with no stock specific news. However, the recent market selloff is creating liquidity issues for investors. They are selling at any prices, which is forcing tremendous pressure lower on stocks. The fear of the Coronavirus and a potential recession is making the situation worse.

There isn’t much to like on the technical front. The stock broke Fibonacci levels, the 50-day average and the 200-day. However, given the move lower, investors should watch that 200-day as a point of entry. If the bulls can get back above the moving average, currently at $8.60, they might get control of the stock back.

I would expect that $7 would also offer some support. The stock tested this level three times in the back half of 2019, with all three offering solid support.

The sell off since early February has been out of the control of RUBI and their investors. Outside forces have hammered the stock lower and now the RUBI is at buyable levels. While there is still a lot of fear in the marketplace at the moment, Rubicon is a stock that investors need to watch when the atmosphere turns. 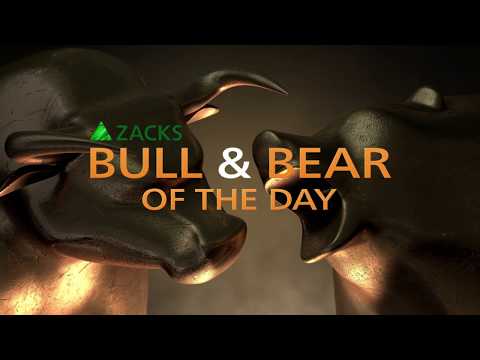 Bull Of The Day: Lyft (LYFT)