Bull of the Day: eBay (EBAY)

Founded in 1995 – just as most people were experiencing the World Wide Web for the very first time – eBay's (EBAY - Free Report) platform is one of a handful of technological innovations that has truly changed the very nature of commerce in the US and all over the world.

After tripling on its first day trading as a public company in 1998, eBay was once of the most popular and visible high-flyers of the dot.com boom – and the dot.com bust. Thanks to a fundamentally sound business idea and huge customer traffic, eBay survived the bursting of the tech bubble that took out thousands of would be e-commerce competitors.

While eBay was once primarily a marketplace for individuals to exchange personally owned goods in an auction format – the collectible plush toys, “Beanie Babies” were the most traded product traded on eBay by a wide margin in the early days – the company innovated constantly, attracting businesses to the platform and adding payment processor PayPal in 2002 to facilitate transactions.

Fast forward to 2020 and eBay has become so ubiquitous in the e-commerce world that it’s often overlooked as an investment, even though millions of people and businesses still use the platform every day to trade goods. In fact, paying a dividend yield in excess of 2% annually and trading at a 12-month forward P/E ratio less than 10X, this one-time high-multiple tech darling is now a legitimate value opportunity.

Forward multiples and dividend yields are a tricky subject these days as a result of the effects of Covid-19. Most stocks have dropped at least 20% and many are down 40% or more from recent highs, making yields and earnings-based valuations look attractive. In many cases however, both future earnings and companies’ continued ability to pay dividends are significantly in doubt.

In short, the appearance that a company pays an attractive dividend or is trading at a value price may be ephemeral as the economic damage from an extended slowdown/shutdown of most parts of the economy becomes clearer. Recent equity market volatility makes it clear that investors are wrestling with the difficult issue of exactly what companies in various industries will be worth in what’s becoming the “new normal” of a population that’s largely confined to their homes for an indeterminate amount of time.

One thing is fairly certain. As more than 1/3 of Americans and entire countries around the world - including the UK, Spain, Italy and India - are living with government mandates to stay home except for essential business like getting food and medicine, people are shopping online in record numbers.

In a world in which opportunities for traditional retail shopping are largely unavailable and many items are in short supply because of supply chain disruptions and hoarding, the eBay platform is an especially important piece of the economic puzzle as a relatively low-friction way for people to agree on prices and exchange the products they want and need.

Even prior to the widespread outbreak of Covid-19 in the US, earnings estimates for eBay in 2020 were on the rise, with 11 upward revisions in the past 60 days taking the Zacks Consensus Estimate from $2.88/share to $3.07/share and earning eBay a Zacks Rank #1 (Strong Buy).

Many businesses have been forced to adapt to the current circumstances and even other notable e-commerce businesses like Amazon (AMZN) are dealing with challenges, especially in the physical handling and shipping of products.

Because their platform facilitates transactions between third parties who arrange for making the exchange of physical goods themselves, the impact on daily business operations is minimal. It’s likely that the impact of quarantines on eBay’s results could even be positive due to increased traffic.

A recent selloff of basically all stocks has taken the price of eBay shares more than 10% below recent highs, despite the unique and resilient nature of their business.

Investors who want to remain invested in quality companies but who are concerned about how the effects of Covid-19 and the resulting shutdown of business activity would be wise to consider a company that’s likely to be unaffected by the tougher issues that face so many others. 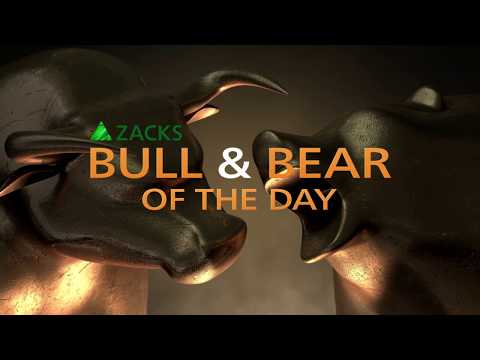