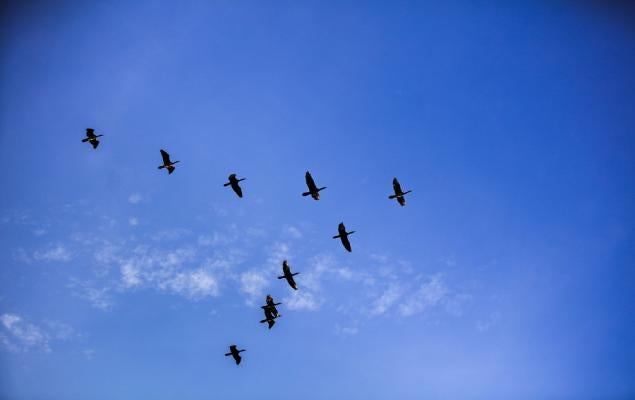 What Shape Will the Recovery Look Like? Small V, Large V or Large U?

The current lockdown of all areas of our global society as a result of the increasingly rapid spread of the COVID-19 pandemic is causing major impacts on the health of the U.S. population and the health the U.S. Economy. To the best of our knowledge, and given the current understanding of a novel virus, it is very difficult to gauge the extent to which our society and the overall economy will be disrupted.

Nevertheless, despite incomplete information, market participants need to form expectations. The stock markets appear to be bracing for the worst. Equity indexes were a prime indicator of what current expectations are. Large-cap U.S. benchmarks fell more than -30% since the end of February. A clean end does not seem to be in sight. Expect a staggered one, instead.

Business leaders, in turn, seem no different. The latest numbers from Survey of Business Expectations and Uncertainty conducted by the Atlanta Fed reflected their pessimism: 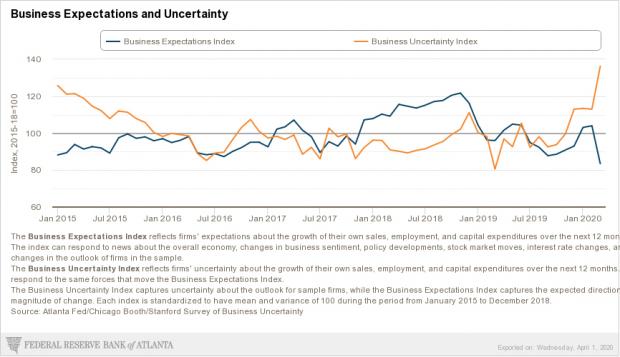 Acknowledging the spike in uncertainty shown by U.S. business leaders in that Atlanta Fed survey, we concur. Businesses and investors shall indeed see strong repercussions from the lockdown.

We have a kind of Hippocratic idiom to highlight in this context: Hippocrates of Kos, also known as Hippocrates II, was a Greek physician in the Age of Pericles. He is considered one of the most outstanding figures in the history of medicine.

This is the ideocratic (i.e. “governance of a state according to the principles of a particular political ideology”) nature of this supply and demand shock. That is, we are not in this situation due to a structural problem within the U.S. economy — like excessive risk-taking by major banks during the 07-09 financial crisis — which requires addressing. Rather, public health experts called for and got “Stay-at-Home” decrees.

This might not make much of a difference during the crisis, in the sense U.S. business activity is strongly reduced or comes to a halt either way. However, a U.S. macro recovery will be faster, if we don’t need to implement structural reforms. State governors just need to open up all doors again. The key element in predicting the severity of the impact is then the extent of the lockdowns, and how much the Federal CARES policy act(s) — and state and local initiatives — are able to alleviate the impacts (both foreseen and unforeseen).

While the extent of the current lockdowns rightly remains in the hands of Public Health experts, we want to provide some outlook on what a broad U.S. recovery might look like, once we see things normalizing. In particular, we want to discuss the possible scenarios U.S. macro variables could manifest, and how likely they might be:

A small V. That is, a small pullback in the U.S. economy with a quick bounce back. This is the most optimistic case we would expect.

This would be the case if the big state lockdowns would last for a short amount of time (multiple weeks rather than months). Social life would resume. Consumers would re-frequent stores. The service industry would generate a similar level of income again. Even if this meant a ‘soft opening’ type of scenario, with limitations on crowd sizes, this could soften the blow of the virus lockdowns.

This would be a lifeline for small cash-deprived businesses. They cannot sustain operations for longer extended periods.

For example, the macro and policy advisors for the German Government (aka the German Council of Economic Experts) are among the group of economists that assign this scenario as the most likely outcome. Their shutdown would last 5 weeks. After a 3-week transition process, German business and consumer activity would be back to normal by the time Q3 rolls around.

Despite the milder nature compared to the other scenarios, this would still require massive policy intervention through fiscal and monetary policy. In order to provide liquidity to both businesses and individuals struggling to make ends meet.

A large V. That is, a very similar scenario to the small V, but with a larger initial pullback and a stronger bounce back. This is a scenario which would result if lockdowns last a few weeks longer.

However, it is important to highlight: Even a few weeks under an additional broad lockdown could have over-proportional effects. Every week would cause a larger number of business casualties (which can’t make payments and have to declare bankruptcy). In this case, we could foresee repercussions of this lockdown lasting into the third and possibly 4th quarter.

The effect of government policy intervention (while necessary to alleviate the effects of the economic weakness) would be limited in our view. The U.S. economy would not be able to avoid an extended period of lower GDP growth and higher unemployment.

We expect this scenario as less likely than 1).

This scenario is in our view the least likely outcome but still a possible one, if the lockdown extends beyond the summer. That is, if it is not possible to contain the virus in any other way.

Here, we do expect longer lasting damage to the U.S. and the global Economy. Consumer spending and business investment will be very limited. We could see an extended period of economic weakness with either negative or low GDP growth that is followed by a slow recovery.

This scenario will be the outcome of an extended broad U.S. lockdown over multiple months — in which fiscal and monetary policy will eventually come to their limit.

Computer-driven High-Frequency Traders (HFTs) manipulate the market thousands of times a day – and their gains come at the expense of human investors. Zacks has mounted a Counterstrike to take advantage of the best profit opportunities created by HFTs. Access to these recommendations must be limited. 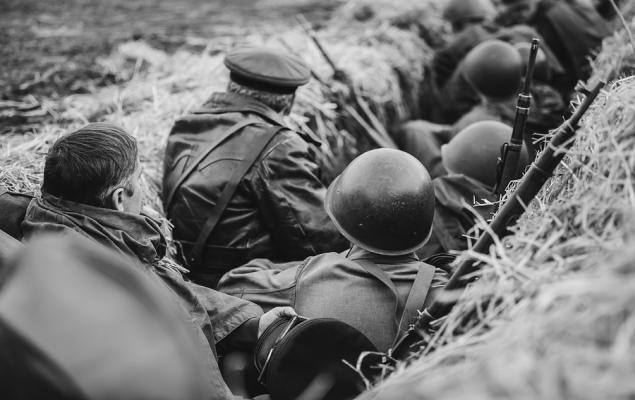 "This Time Is Different!" No, Seriously!