Let’s get the bad news out of the way first. Sleep Number (SNBR - Free Report) products are not inexpensive. During an economic recession when budgets are strained, consumers stop buying luxury items first. That’s obvious, right?

As clear as it might seem, it’s also not actually correct.

Sleep Number is in a somewhat unique position of providing products that appeal directly to what people are craving most during unsettling times – comfort. It’s a tired cliché to describe a conservative investment as “something that lets you sleep at night,” but in the case of Sleep Number, it’s true – both figuratively and literally.

There’s an obvious demand for comfort items right now and Sleep Number is finding themselves right in the sweet spot, supplying the exact thing people are craving most in a significantly uncertain world – that (unfortunately elusive) restful night of sleep.

Founded more than 30 years ago and quickly becoming the first large-scale manufacturer of high-tech pneumatic mattresses, Sleep Number owns 40 unique patents on the technology and dominates the market. Through a network of more than 600 retail locations, direct marketing and internet sales, Sleep Number has made their name basically synonymous with the concept of adjustable sleep technology.

Loyal customers support the brand and provide basically free marketing for Sleep Number, using social media to extol the virtues of the company’s technologies and the customizable nature of having your side of the bed exactly the way you like it - even if your partner prefers something much different.

Sleep number isn’t just a compelling story however, it’s also a great business. Their results during the most recent quarter – which included the month of March 2020 when fears about the pandemic kept many customers out of malls and retail stores – were basically a home run.

The Zacks Consensus Earnings Estimate for Sleep Number was a net $0.69/share, but they nearly doubled that, turning in a profit of $1.36/share. That wasn’t a total surprise however, as it was the company’s sixth consecutive beat of the analyst estimates.

After hitting an intraday high near $61/share in February, Sleep Number saw its market cap slide by almost 75%, closing at $15.55/share early in April. Fortunately, worst-case scenario never materialized and those shares have been marching steadily higher over the past two months.

Based on what we know now about the last quarter, those shares were an incredible bargain on their lows, but they’re still attractively priced on a value basis at recent levels in the low $40’s.

The current forward 12 month Price to Earnings ratio is 27X. That’s a bit higher than the average of stocks in the S&P 500 Index, but keep in mind that many of those earnings numbers are significantly uncertain. Sleep Number – with its history of meeting or exceeding expectations – is likely to be a much steadier performer.

In addition to earning a Zacks #1 Rank (Strong Buy) based on rising earnings estimate revisions, SNBR also gets style scores of “A” in both Value and Growth, a “B” in Momentum and a total VGM of “A”

Though it might not have seemed like an obvious choice just a few months ago, Sleep Number has emerged as the supplier of some of the most in-demand goods right now, With a strong balance sheet and excellent gross margins, the company that specializes in providing comfort during uncomfortable times can also provide a measure of that same comfort in your portfolio.

Looking for Stocks with Skyrocketing Upside?Zacks has just released a Special Report on the booming investment opportunities of legal marijuana. Ignited by new referendums and legislation, this industry is expected to blast from an already robust $6.7 billion to $20.2 billion in 2021. Early investors stand to make a killing, but you have to be ready to act and know just where to look. See the pot trades we're targeting>> 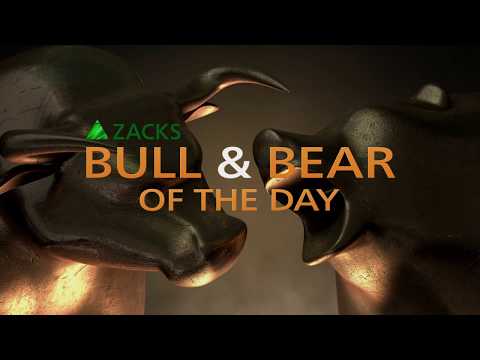