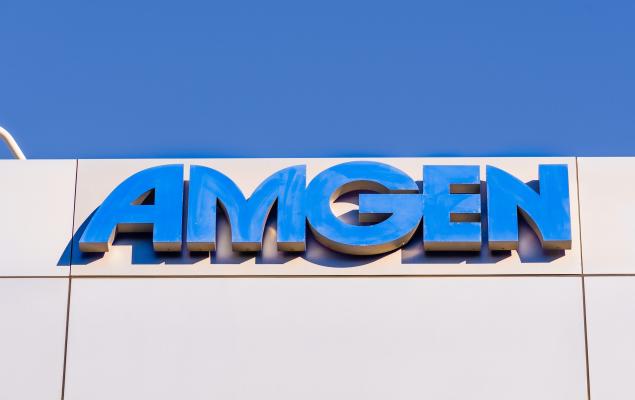 Amgen (AMGN - Free Report) announced that it made an additional investment of approximately $421 million in its China-based collaborator for oncology products, BeiGene (BGNE - Free Report) . Amgen made the investment through purchase of BeiGene's registered direct offering of ordinary shares to certain existing investors, announced by the company earlier this week. BeiGene plans to raise approximately $2.08 billion in gross proceeds through this offer. The offering is expected to close on or about Jul 15 but remains subject to customary closing conditions.

Amgen and BeiGene had signed a collaboration agreement in October 2019 and announced its closing in January this year.

Please note that the additional investment made by Amgen will, however, maintain its current pro rata ownership of BeiGene at approximately 20.3%. The company is confident that the oncology collaboration is likely to generate enough potential for the company in China, the world's second-largest pharmaceutical market. Moreover, cancer is a leading cause of death in China and its impact is expected to increase with an ageing population.

Shares of Amgen have increased 3.3% so far this year compared with the industry’s growth of 6.7%. 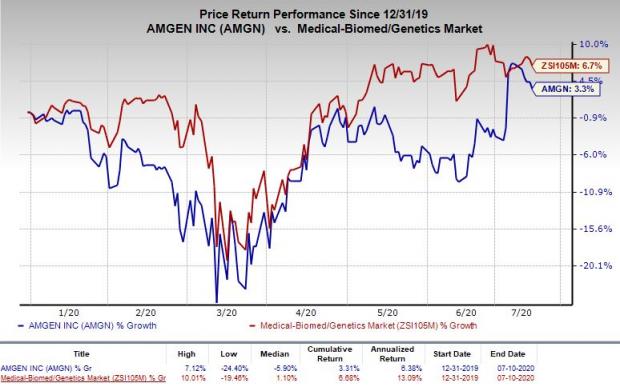 In January this year, Amgen bought 20.5% stake in BeiGene for approximately $2.8 billion in cash. Per the agreement, BeiGene will commercialize Amgen’s key products — Xgeva, Kyprolis and Blincyto — for a certain period of time. During this time, the companies will equally share profits and losses. Two of these products will be reverted to Amgen, one after five years and another after seven years of commercialization. Beigene will retain one product after the completion of the commercialization period. BeiGene is also eligible to receive royalties on sales of reverted products in China.

During the first seven years of launch of any product approved in China, the companies will share profits in China equally, following which Amgen will pay royalties on sales in China for a period of five years. The deal is expected to accelerate Amgen's expansion in China.

The deal with BeiGene is part of Amgen’s strategic initiative to expand its geographic presence. The company has increased its presence from approximately 50 in 2011 to 100 countries. The company introduced its LDL cholesterol-lowering treatment, Repatha, in China last year. This was the first product from Amgen’s portfolio to be launched in China. The company expects to launch several other products in the country including osteoporosis drug, Prolia.