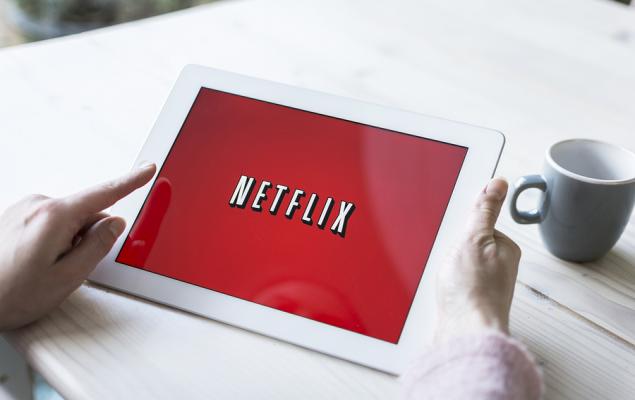 Netflix Q2 Earnings on Deck: What's in Store for the 100-Bagger?

Read MoreHide Full Article
The world’s leading streaming service provider, Netflix, Inc. (NFLX - Free Report) recently saw its stock breeze past the $500 mark. Year to date, it has been one of the top-notch performers of the S&P 500 index, with shares up 61.8%.

No doubt, it has been a 100-bagger. After all, if you’d have grabbed the stock below $5, an investment of $10,000 would have turned into $1 million. Notably, 100-baggers are stocks that return $100 for every $1 invested.
Naturally, investors’ expectations about the company’s second-quarter results are now sky-high. Netflix will report its June-quarter results on Jul 16 after the closing bell. Let us now look at how the streaming media player is expected to fare –
Pandemic a Boon in a Way
Netflix issued an initial guidance in mid-April, projecting a total of 190.36 million customers by the end of June. Now, that’s a whopping 25.6% jump from the same period a year ago. Netflix also expects top and bottom line improvement. Quarterly revenues are projected to cross $6 billion, suggesting a 23% jump from what it was a year earlier. Similarly, Netflix expects a 53% year-over-year rise in operating income.
But market pundits believe the projections are conservative. This is because the coronavirus pandemic intensified during the April, May and June months, fueling consumers’ appetite for streaming entertainment.
Management expects the company to have added 7.5 million subscribers in the second quarter. However, analysts at Wedbush Securities forecast net subscriber additions of nearly 15 million owing to more people in their homes. Wedbush analysts Michael Pachter, Matthew Breda, and Nick McKay said that “we anticipate meaningful upside to subscriber additions and revenue, as shelter in place around the world has clearly driven streaming usage and viewership up.”
RBC Capital Markets analyst Mark Mahaney added that surveys suggest a strong second quarter for Netflix in Mexico as well, with subscribers reporting higher level of satisfaction from the service.
Also, the provider of streaming services has been expanding its subscriber base for a while now, mostly driven by content strength, focus on originals across various genres and languages, rapid international expansion and partnerships with telcos. What’s more, beyond the impact of COVID-19, consumers’ shift in preference from linear television to streaming has helped Netflix gain subscribers.
Are There Any Challenges?
During the second quarter, many of Netflix’s film and television productions were brought to a halt by the virus outbreak. But with increase in consumption of content, there is a greater need to come up with a new slate of content.
Netflix also faced intense competition in the second quarter, with The Walt Disney Company’s (DIS - Free Report) Disney+ reaching 50 million subscribers in April within five months after its launch. Other big challengers included HBO Max and NBC’s streaming service Peacock.
Nonetheless, Netflix is much better positioned than any of its competitors as analysts see strong subscriber gains, with consumers confined at homes amid the pandemic.
Promising Results Expected
With subscriber count widely expected to have expanded in the second quarter, the company’s results will likely improve. The Zacks Consensus Estimate for Netflix’s revenues of $6.08 billion for the second quarter suggests year-over-year growth of 23.6%. The company’s earnings per share are expected to come in at $1.84, indicating a 206.7% rise from the year-ago level. 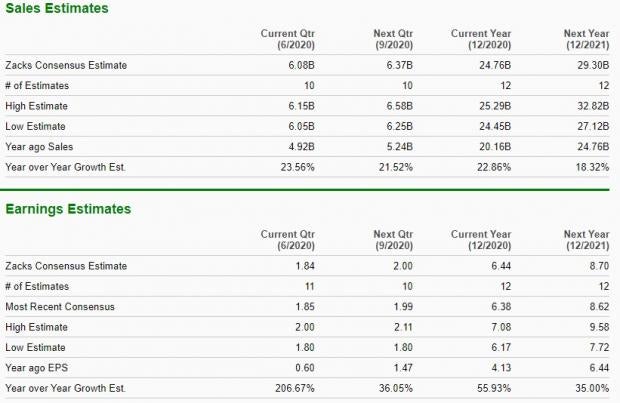 The Zacks Rank #3 (Hold) company also has an Earnings ESP of +2.27%. Per our proven model, the combination of a positive Earnings ESP and a Zacks Rank #1 (Strong Buy), 2 (Buy) or 3 increases the chances of an earnings beat. You can see the complete list of today’s Zacks #1 Rank stocks here.
Netflix, Inc. Price and EPS Surprise

Encouraging earnings performance, without a doubt, leads to a rise in share price. The company’s expected earnings growth rate for the September quarter and current year is 36.1% and 55.9%, respectively.
Breakout Biotech Stocks with Triple-Digit Profit Potential
The biotech sector is projected to surge beyond $775 billion by 2024 as scientists develop treatments for thousands of diseases. They’re also finding ways to edit the human genome to literally erase our vulnerability to these diseases.
Zacks has just released Century of Biology: 7 Biotech Stocks to Buy Right Now to help investors profit from 7 stocks poised for outperformance. Our recent biotech recommendations have produced gains of +50%, +83% and +164% in as little as 2 months. The stocks in this report could perform even better.
See these 7 breakthrough stocks now>> 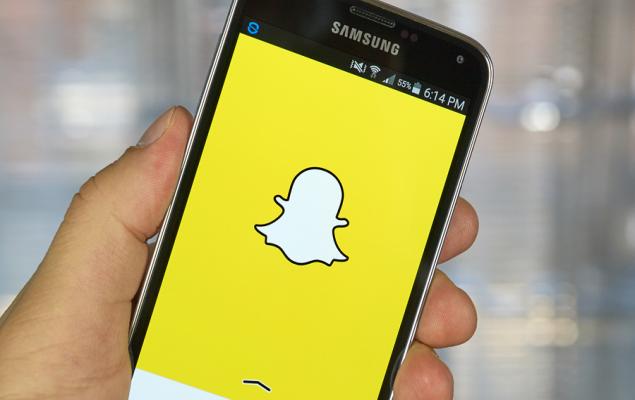 Snap (SNAP) to Report Q2 Earnings: What's in the Cards?