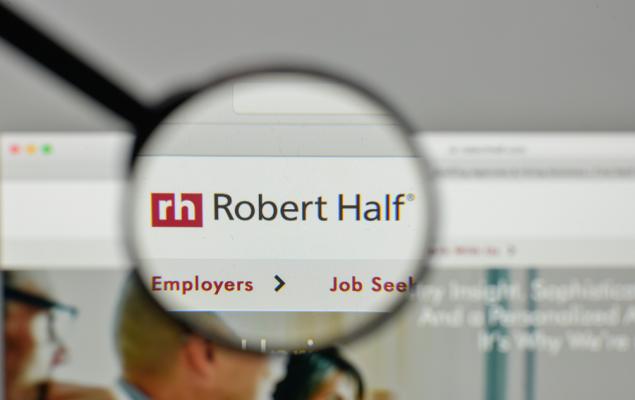 Notably, the company’s shares have depreciated 14.2% over the past year, compared with the 31.6% decline of the industry it belongs to. 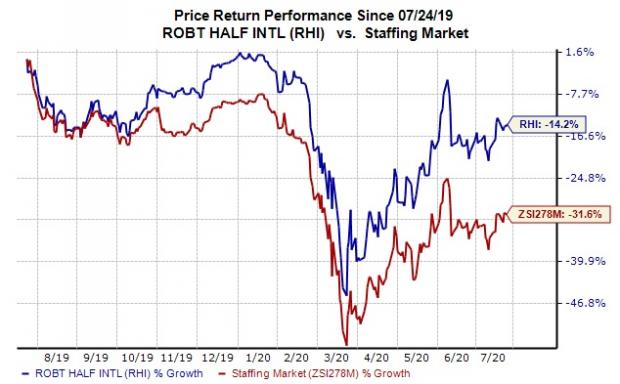 The quarter had 63.4 billing days, flat with the year-ago quarter’s tally. At present, Robert Half operates 326 staffing locations worldwide, with 88 locations situated in 17 countries outside the United States.

Currency movement lowered revenue growth by 0.6% on a year-over-year basis. Currently, Protiviti, along with its independently owned Member Firms, has a network of 86 locations in 27 countries.

Selling, general and administrative expenses as percentage of total revenues were 32.9%, up 140 bps year over year. The upswing resulted from negative leverage as revenues declined in response to the pandemic.

Robert Half ended the first quarter with cash and cash equivalents of $502 million, compared with the $250 million witnessed at the end of the previous quarter. Cash flow from operations was $301 million and capital expenditures were $8 million in the quarter. In the quarter, Robert Half paid out $38 million in dividends.

Equifax Inc. (EFX - Free Report) reported second-quarter 2020 adjusted earnings of $1.60 per share that beat the Zacks Consensus Estimate by 22.1% and improved 14.3% on a year-over-year basis. Revenues of $982.8 million outpaced the consensus estimate by 6.4% and improved 12% year over year on a reported basis. The stock currently carries a Zacks Rank #3 (Hold).

IHS Markit Ltd. (INFO - Free Report) recorded second-quarter fiscal 2020 adjusted earnings per share of 69 cents that surpassed the consensus estimate by 6.2% but decreased 3% on a year-over-year basis. Total revenues came in at $1.03 billion, missing the consensus mark by 2.1% and declining 10% from the year-ago quarter. The stock currently carries a Zacks Rank #3.