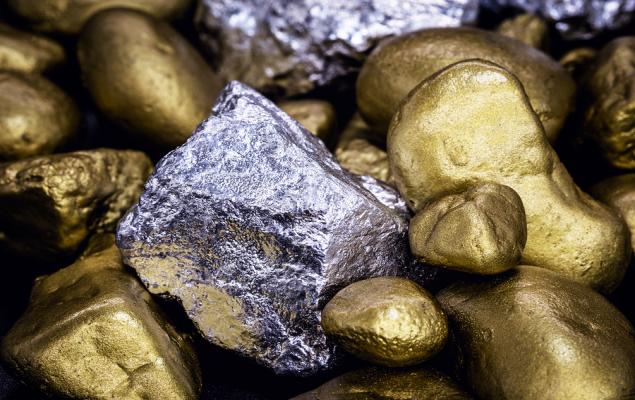 Stocks slipped in morning trading Tuesday, as one of the biggest weeks for corporate earnings heats up. Shares of 3M (MMM - Free Report) , Mcdonald's (MCD - Free Report) , and Raytheon RTX all slid after they posted earnings, while Pfizer (PFE - Free Report) popped.

There has been a slowdown in the broader market and tech in the last month, and many are calling for a tech pullback similar to what Microsoft (MSFT - Free Report) experienced last week. It will be hard to live up to the hype and many investors might use earnings as a chance to take profits.

Meanwhile, as tech continues to hog much of the spotlight, gold prices hit another record Monday. The precious metal is now up 27% in 2020 and the recent surge comes as economic reopenings slow and tensions between the U.S. and China mount. Silver prices have also surged, and the U.S. dollar hit two-year lows because investors see interest rates remaining low and the coronavirus continuing to hamper growth.

Goldman Sachs (GS - Free Report) recently raised its 12-month forecast from $2,000 an ounce for gold to $2,300—it sits at around $1,949 right now—citing concerns about the U.S. dollar’s role as the global reserve currency status. “Gold is the currency of last resort, particularly in an environment like the current one where governments are debasing their fiat currencies and pushing real interest rates to all-time lows,” Goldman strategists wrote.

With this in mind, it might be time for investors to take advantage of rising gold and silver prices. Let’s dive into three such stocks trading under $20 per share that could be enticing…

Equinox Gold is a mining company that’s producing gold from six mines right now and is expanding. The Canadian firm has said it’s “rapidly advancing toward its vision of producing one million ounces of gold annually.”

EQX topped our bottom-line estimate last quarter and its revenue soared from $35.4 million in the year-ago period to $130 million. CEO Christian Milau also noted that its $350 million of cash on hand helps put the firm “in a strong financial position and fully funded for its organic growth plans.”

EQX is expected to follow up this growth with another 76% revenue expansion in FY21 and 31% stronger earnings. Equinox’s earnings revisions have soared recently to help it earn a Zacks Rank #2 (Buy), alongside its “B” Grade for Growth and “A” for Momentum in our Style Scores system.

Gold Fields is a gold producer that has nine operating mines spread across Australia, Peru, South Africa, West Africa, and Chile. The firm, which is listed on the Johannesburg Stock Exchange, with American depositary shares on the NYSE, hopes to be a “global leader in sustainable gold mining.”

Coeur Mining is a precious metals producer that has five operations in North America, which features a mixture of gold and silver, as well as zinc and lead. CDE stock has rallied 225% since mid-March and 75% in the last month, as silver prices surge.

In addition to being a haven investment, silver has industrial uses that include photovoltaic cells for solar energy. Despite its recent run of success, Coeur still rests well below the $15 a share it traded at in 2016, and it jumped to a new 52-week high on Tuesday.

CDE is set to report its Q2 results after the market closes on Wednesday, July 29. The firm’s quarterly sales are expected to slip 4.5% from the year-ago period, while its adjusted loss is expected to shrink. Peeking further ahead, however, its Q3 sales are projected to jump 19%.

CDE is part of the Mining - Non Ferrous industry that rests in the top 11% of our more than 250 Zacks industries. Coeur is also a Zacks Rank #2 (Buy) that rocks an “A” grade for Momentum and a “B” for Growth.