TechnipFMCplc’s (FTI - Free Report) second-quarter 2020 adjusted earnings of 9 cents per share beat the Zacks Consensus Estimate of 6 cents, attributable to better-than-expected profits from the Technip Energies (previously Onshore/Offshore) segment, which is the major contributor to the company’s bottom line. Also, adjusted EBITDA of $163 million from the same segment outperformed the Zacks Consensus Estimate of $156 million.

However, the bottom line tumbled 76.9% from the year-earlier quarter's adjusted earnings of 39 cents. This underperformance was primarily caused by the coronavirus-induced vulnerable market scenario and lower-than-anticipated profits from the Surface Technologies segment. Precisely, adjusted EBITDA from this unit totaled $8.3 million, lagging the Zacks Consensus Estimate of $11.14 million.

On the flip side, for the quarter ended Jun 30, the company’s revenues of $3.16 billion surpassed the Zacks Consensus Estimate of $3.13 billion but fell 8% from $3.43 billion a year ago owing to strong revenue contributions from the company’s Subsea and Technip Energies unit.

In the second quarter, this seabed-to-surface oilfield equipment and services provider’s inbound orders plunged 86.3% from the year-ago period to $1.53 billion.

The company’s backlog too decreased in the same period. The metric stood at $20.6 billion, declining 20.1% from the year-ago quarter.

Subsea: Revenues in the quarter under review were $1.38 billion, down 8.63% from the year-ago sales figure of $1.51 billion due to an unfavorable effect of foreign exchange. Moreover, adjusted EBITDA of $99.6 million dropped 46.5% year over year due to operational adversity from coronavirus and the absence of more favorably-priced backlog, which aided the prior-year quarter. Quarterly inbound orders and backlog decreased 81% and19%, respectively, in the quarter under review.

Technip Energies (Onshore/Offshore has been renamed Technip Energies and includes Genesis, Loading Systems and Cybernetix):Revenues worth $1.54 billion inched up 2.2% from the prior-year quarter, driven by TechnipFMC’s business of Process Technology as well as robust activity in the LNG, downstream business. In the second quarter, this unit reported $162.6 million in adjusted EBITDA, down from $281.9 million in the prior-year quarter. Management attributed this downswing to weak project execution, particularly in the Yamal LNG project, and soft margin realization from early-stage projects including Arctic LNG 2. Inbound orders were down 89.7% to $835.8 million and the segment’s backlog deteriorated 20.9% year over year to $13.13 billion at the end of the quarter.

Surface Technologies:This is the company’s smallest segment that recorded revenues of $241.7 million, down 42.5% year over year, primarily due to slowdown in North American completions activity. Adjusted EBITDA tanked 82.2% to $8.3 million due to lower rig count and completions-based activity in North America. The segment’s inbound orders and backlog fell 55% and 9.54%, respectively, in the quarter under review.

In the reported quarter, TechnipFMC spent $177.7 million. As of Jun 30, the company had cash and cash equivalents worth $481 billion and a long-term debt of $3.98 billion with total debt-to-total capital of 49%.

In June, the companystrengthened its balance sheet by amending its total unsecured credit facility of worth $2.5 billion. The company also signed an Amendment and Restatement Agreement to its €500 million senior unsecured revolving Euro credit facility agreement. These amendments authorise the company to include $3.2 billion of goodwill for the calculation of consolidated net value.

The amendments to its credit facilities will enhance its financial flexibility substantially to tide over these difficult times.

TechnipFMC provided full-year outlook for its operating segments. The company expects revenues from the Subsea and Technip Energies units to be $5.3-$5.6 billion and $6.3-$6.8 billion, respectively. For the Surface Technologies segment, the revenue projection is in the range of $950-$1,150 million. Further, the company set a minimum EBITDA margin target of 10% for the Technip Energies segment.

In April, this London-based company slashed its 2020 capex view by 30% from the past prediction due to the sudden oil price crash triggered by the pandemic. The company now anticipates to shell out $300 million as capital expenditures. 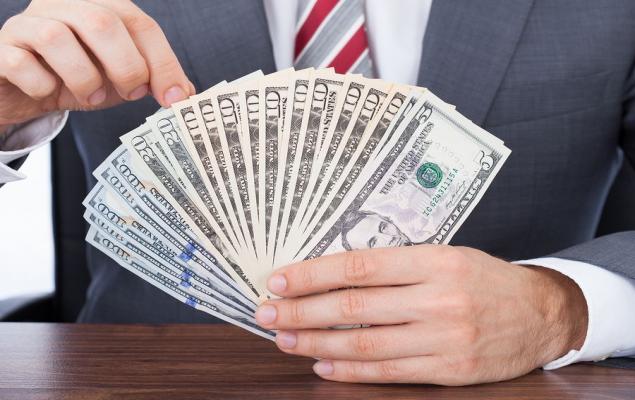