Despite a challenging macroeconomic environment triggered by the coronavirus pandemic, Qualcomm Incorporated (QCOM - Free Report) reported solid third-quarter fiscal 2020 results, primarily driven by the ramp-up in 5G-enabled chips. Both top and bottom-line figures beat the Zacks Consensus Estimates, backed by the strength of the business model and the ability to respond pro-actively to the evolving market scenario. A long-term settlement deal with Huawei further propelled the stock toward a record high, with shares up 11.6% to $103.83 per share in the aftermarket trading post the earnings release.

On a GAAP basis, net income for the June quarter was $845 million or 74 cents per share compared with $2,149 million or $1.75 in the prior-year quarter. The decline in GAAP earnings was primarily attributable to an accretive patent settlement agreement with Apple Inc. (AAPL - Free Report) inked in third-quarter fiscal 2019.

Quarterly non-GAAP net income came in at $982 million or 86 cents per share compared with $982 million or 80 cents in the year-ago quarter. Undeterred by the adverse impact of the virus outbreak, non-GAAP earnings remained steady owing to the diligent execution of operational plans and resilient business culture. The bottom line exceeded management’s guidance and beat the Zacks Consensus Estimate by 14 cents.

On a GAAP basis, total revenues in the fiscal third quarter were $4,893 million compared with $9,635 million in the prior-year quarter. The year-over-year decline was driven by $4.7 billion of revenues generated in third-quarter fiscal 2019 from the patent settlement deal with Apple.

Non-GAAP revenues for the reported quarter were $4,890 million compared with $4,894 million in the year-earlier quarter. The figure surpassed the consensus mark of $4,811 million and was above the midpoint of the company-guided range, driven by 5G strength, high-performing core chipsets and new RF front-end content.

Quarterly GAAP revenues from Qualcomm CDMA Technologies (QCT) improved 7% year over year to $3,807 million on strength across 5G and higher demand in adjacent platforms beyond mobile, partially offset by lower Mobile Station Modem (MSM) chip shipments due to adverse coronavirus impacts. MSM shipments in the quarter were 130 million, down from 156 million a year ago due to reduced demand for 3G/4G/5G handsets stemming from lower orders from China and other global markets. EBT margin increased to 16% from 14% in the year-ago quarter.

Qualcomm Technology Licensing (QTL) revenues totaled $1,044 million, down 19% year over year, driven by lower royalty revenues from Huawei due to the expiration of the interim agreement and lower sales triggered by the coronavirus-induced turmoil. EBT margin was 62% compared with 70% in the year-ago quarter on lower revenues and higher R&D expenses.

Subsequent to the end of the quarter, Qualcomm inked a settlement agreement with Huawei to resolve earlier disputes related to its license agreement that expired on Dec 31, 2019. The company also entered into a new long-term, global patent license agreement, including cross-license rights to certain Huawei’s patents, covering sales beginning Jan 1, 2020. Per the agreement, Qualcomm currently expects to generate revenues of approximately $1.8 billion in fourth-quarter fiscal 2020, with additional payments made in installments in the later quarters.

Qualcomm generated $1,872 million of net cash from operating activities during the quarter compared with $4,909 million in the year-ago quarter. At quarter-end, the company had $6,120 million in cash and equivalents and $15,425 million of long-term debt.

During the reported quarter, Qualcomm paid out cash dividends totaling $733 million or 65 cents per share and repurchased 1.6 million shares for $110 million. At quarter-end, the company had $4.6 billion available for repurchase under its $30-billion stock buyback program.

For the fourth quarter of fiscal 2020, Qualcomm expects GAAP revenues of $7.3-$8.1 billion and non- GAAP revenues of $5.5-$6.3 billion as the adverse impact of the virus outbreak is likely to result in a 15% reduction in handset shipments compared to prior expectations. Non-GAAP earnings are projected to be $1.05-$1.25 per share, while GAAP earnings are likely to be $2.12-$2.32 per share, buoyed by the Huawei settlement. The quarterly earnings are likely to take a hit to the tune of 25 cents per share due to the coronavirus. Revenues at QTL are expected between $1.2 billion and $1.4 billion. For QCT, the company anticipates revenues between $4.3 billion and $4.9 billion on MSM shipments of 145-165 million units.

Nokia has a long-term earnings growth expectation of 15.6%. It delivered an earnings surprise of 129.1%, on average, in the trailing four quarters.

Clearfield delivered an earnings surprise of 45.6%, on average, in the trailing four quarters. 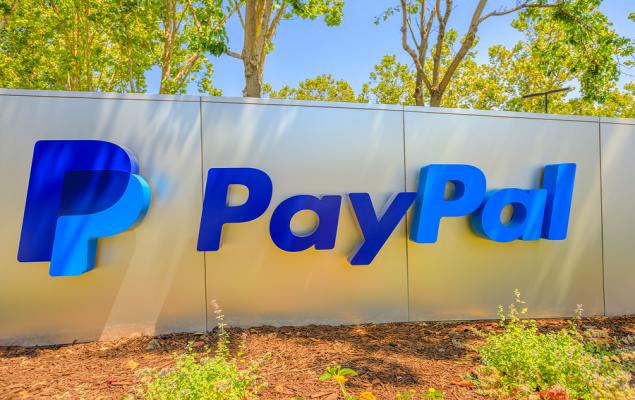