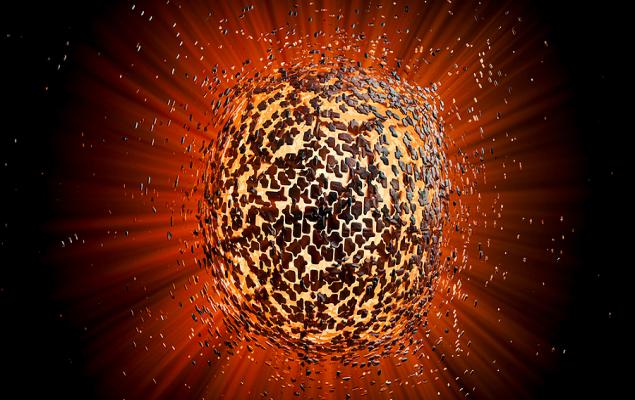 Markets closed Thursday mixed after starting off the day in the red, with the Nasdaq crossing into the green mid-day and staying there. Plenty of static in the air regarding a new congressional relief program not yet being actualized, and some early-day data depicting a stall-out in jobless claims helped foment a mildly negative sentiment overall.

But the entire day has been anticipating earnings results from the top tech companies in the world, which combined carry roughly $5 trillion in market capitalization. The Dow fell 0.85%, the S&P 500 finished 0.37% lower, while the Nasdaq grew 0.43% in regular trading.

Facebook (FB - Free Report) entered late-market trading with a bang, up 4%, on better-than-expected results in its top and bottom lines by wide margins: $1.80 per share easily topped the $1.44 expected and nearly doubled the 91 cents per share in the year-ago quarter, while sales of $18.69 billion sped past the $17.29 billion in the Zacks consensus, up 11% year over year.

Both Daily Active Users (DAU) and Monthly Active Users (MAU) rose 12% year over year, to 1.79 billion and 2.7 billion users, respectively. Monthly users in the quarter brought in $2.7 billion on “increased engagement” during the first pandemic months. Facebook said it does see signs of user normalization as aspects of the U.S. economy open back up, with user guidance now flat to down from Q2. For more of FB’s earnings, click here.

If Facebook posted a solid beat, Amazon (AMZN - Free Report) simply crushed expectations, with earnings of $10.30 per share in another orbit from the consensus estimate of $1.75 per share — and nearly double the year-ago earnings of $5.22. Revenues came in at $88.9 billion, swooping well past the $81.3 billion analysts were looking for. Goods deliveries were obviously very strong during the “shelter in place” initiatives, but these numbers even blew educated guesses away.

Net Sales increased 40% year over year, with Operating Cash Flow +42%. These are uncommonly excellent figures. About the only blemish on an otherwise supermodel of an earnings report would be AWS (cloud-based) revenues, which brought in $10.8 billion versus the $11.0 billion expected. North America took in $55 billion and International was $22.7 billion — both also ahead of estimates. Shares are also up 4% on the earnings release. For more on AMZN's earnings, click here.

Google parent Alphabet (GOOGL - Free Report) also easily surpassed expectations in the quarter: $10.13 per share was well beyond the $8.43 per share expected (though down from the $14.21 reported in the year-ago quarter), while $31.6 billion in sales (minus $6.7 billion in Traffic Acquisition Costs [TAC], which the company does not subtract from its headline of $38.3 billion) took out the $30.7 billion estimate. Cloud revenues passed 43 billion for the first time in a quarter, up notably from the 42.1 billion a year ago. Shares are gaining 1% in late trading. For more on GOOGL's earnings, click here.

Apple (AAPL - Free Report) makes it a sweep: another big beat on both top and bottom lines for its fiscal Q3 report. Earnings of $2.58 per share clobbered the $2.03 Zacks consensus, with $59.7 billion in sales striding past the $51.94 billion estimated, up 11% year over year. Sales of iPhones surprised to the upside: 26.4 million versus 22.4 million expected. Services brought in $13.2 billion, and the company sold 7.1 million Macs in the quarter, again on the “shelter in place” reality. Greater China grew by 2%, which was a matter of concern coming into the report.

Interestingly, Apple has announced a 4-to-1 stock split for its shares, in order to make buying Apple more accessible. Perhaps this is in recognition of a new legion of stock traders on the Robinhood app and elsewhere; this split would bring the current price of a share of Apple below $100. For more on AAPL's earnings, click here.

Big Tech has thus passed a very important crucible this afternoon, and all four companies passed with flying colors. Incidentally, these were the same four companies getting grilled on Capitol Hill yesterday about potential anti-trust violations. What a difference a day makes!

Tech Emerges Savior in the Times of Coronavirus: 5 Picks