There have also been some positive signs on the global factory front that might help investors—who are always looking ahead—forget even more quickly about last week’s brutal GDP data from the U.S. and Germany.

That said, uncertainty remains and investors have also jumped into gold amid this climb. Nonetheless, with interest rates so low, Wall Street could ride the current don’t fight the Fed wave for some time.

With all of this in mind, investors should consider adding a few large cap names that are prepared to grow for years to come. These three stocks also pay dividends and provide exposure to three very different and vital industries…

Lockheed is one of the world’s largest defense contractors and it’s ready to benefit from continued Pentagon spending for years to come. LMT topped our Q2 estimates in July and raised its full-year profit and revenue guidance, which highlights its strength amid all the uncertainty. The global defense contractor brought in $2.2 billion in cash from operations and grabbed roughly $22 billion in new orders to lift its backlog to a record of over $150 billion.

Lockheed’s new CEO James Taiclet also touched on how it could expand its role in the future of technology, with military jets and vehicles set to become more autonomous. The F-35 maker plans to venture into the 5G world, similar to what many companies are doing on the commercial side. Taiclet dubbed the idea 5G.Mil. LMT shares jumped after its July 21 release, but have cooled off since then. In fact, Lockheed has fallen behind the S&P 500 in 2020 and during the comeback, as some investors perhaps await the 2020 election.

LMT is, however, up 80% in the last five years to outpace the S&P 500’s 60% and crush its industry’s 14%—weighed down by Boeing’s (BA - Free Report) setbacks. Despite the outperformance, Lockheed trades at a big discount against its industry and the market at 14.5X forward earnings vs. roughly 21X. This also comes in below its two-year median as the stock sits about 15% off its 52-week highs. This could give LMT plenty of room to break out of its recent holding pattern.

Lockheed is currently a Zacks Rank #3 (Hold) with a 2.54% dividend yield that easily tops Northrop Grumman (NOC - Free Report) and the S&P 500’s average that both sit at around 1.75%. Our Zacks estimates call for LMT’s revenue to jump 8.3% in FY20 and another 5% in FY21—which would compare favorably to its 2018 and 2017 top-line expansion. Its adjusted earnings are projected to surge 10% and 11.2%, respectively over this same stretch. LMT also earns an overall “A” VGM score and it is hardly impacted by near-term economic worries and consumer spending concerns.

AbbVie’s portfolio features one of the world’s top-selling drugs, Humira. But its patent protections for Humira are ending outside of the U.S., even though biosimilars won’t hit the U.S. just yet. Luckily, the pharmaceutical titan prepared for the future and it officially completed in early May its $63 billion acquisition of Allergan. Wall Street was happy with the deal that added Botox and other popular beauty-focused drugs to ABBV’s expanding roster.

AbbVie topped our Q2 estimate on the last day of July, with Q2 revenue up 26%. And its results were dragged down less by Covid-19 than management expected. Peeking ahead, our estimates call for AbbVie’s revenue to surge 36.3% in FY20 and jump another 18% in FY21, driven, in part, by its Allergan deal. Meanwhile, its adjusted FY20 earnings are projected to climb over 18%, with FY21 expected to come in another 16% higher.

AbbVie’s earnings revisions have climbed in the last week and it lands a Zacks Rank #3 (Hold) at the moment. ABBV also sports an “A” grade for Value and a “B” for Growth in our Style Scores system. Investors should also note that AbbVie stock is up 46% since the market’s March 23 lows to easily outpace the Large Cap Pharma industry’s 30%. ABBV is now up 45% in the last 12 months and 35% in the last five years.

Apple flexed its muscles once again last Thursday, as it showcases its coronavirus resilience. The iPhone maker’s revenue and earnings topped estimates, with sales up 11% and adjusted earnings up 18%. The firm also announced a 4-for-1 stock split that will start at the end of August. The cosmetic move, which Apple has made before, will help make its shares seemingly more attractive and attainable to a wider array of investors. The split seems to already be paying off in a big way, with AAPL stock up 15% since its July 30 release, in anticipation of increased demand.

Apple has been forced to slightly push back the release of its next iPhone. But the continued expansion and success of its services and wearables division helps make up for the seasonality of its flagship smartphone. The move also helps it make more money from its massive number of active devices. This push includes its Spotify (SPOT - Free Report) challenger Apple Music and its new streaming TV service to take on Netflix (NFLX - Free Report) and others.

Aside from its ability to expand within hardware and services, and its move to bring more of its silicon in-house, the company’s cash makes it a must-own. AAPL closed its third quarter of fiscal 2020 with $81 billion in net cash. The company also returned over $21 billion to shareholders via dividends and buybacks—last quarter, it raised its dividend by 6% and it authorized a $50 billion increase to its repurchase program.

Apple’s current dividend yield of 0.75% easily tops the 10-year U.S. treasury’s 0.50%. And Apple, which is a Zacks Rank #3 (Hold) right now, has seen its bottom-line outlook improve since its report. The firm’s fiscal 2020 revenue is projected to climb 3.2%, with its adjusted earnings set to jump 6.6%. Peeking further ahead, Apple’s adjusted FY21 EPS figure is projected to jump 24% above our FY20 estimate on 15.2% higher sales. 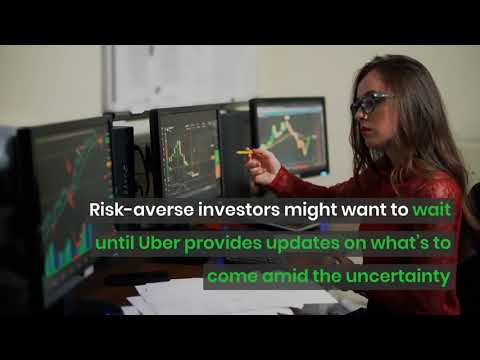 Buy Uber Stock on the Dip Before Q2 Earnings Because the Worst is Over?