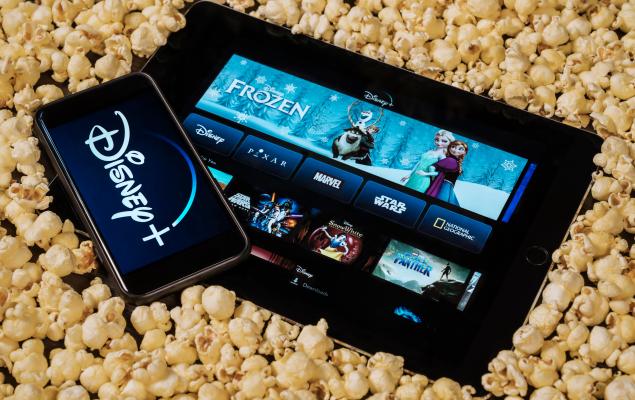 Cable Networks’ operating income increased due to lower programming and production costs and higher affiliate revenues at ESPN, partially offset by lower advertising revenues due to the absence of major sporting events as a result of the coronavirus outbreak.

The rise in broadcasting operating income was driven by lower network programming and production costs, an increase in affiliate revenues due to higher rates, higher program sales, and lower marketing partially offset by lower advertising revenues.

The segment’s revenues (8.3% of revenues) decreased 85% year over year to $983 million. Operating loss was $1.96 billion against year-ago quarter’s operating income of $1.72 billion.

Disney’s domestic parks and resorts, cruise line business and Disneyland Paris were closed in the reported quarter. Shanghai Disney Resort re-opened in May and Hong Kong Disneyland Resort, despite reopening in late June,  was closed again in July.

Disney estimates that the coronavirus pandemic has hurt segmental operating income by $3.5 billion.

Theatrical distribution was hampered by coronavirus as theaters remained closed domestically and internationally. No significant titles were released in the quarter under review.

However, TV/SVOD distribution results benefited from the sales of content to Disney+, such as Star Wars: The Rise of Skywalker and Onward.

During the reported quarter, Disney launched Disney+ in India through its Disney+ Hotstar service, in France, in strategic partnership with Canal+, and in Japan via a limited launch with NTT DOCOMO.

Hulu ended the quarter with 35.5 million paid subscribers, up 27% year over year.

The average monthly revenue per paid subscriber for ESPN+ declined 22% year over year to $4.18 due to a shift in the mix of subscribers to Disney’s bundled offering and lower per-subscriber advertising revenue.

Costs & expenses declined 33% year over year to $11.73 billion in the reported quarter.

Cash provided by continuing operating activities was $1.16 billion compared with $3.16 billion in the previous quarter. The company had reported $1.75 billion cash used in operations in the year-ago quarter.

Free cash flow at the end of the quarter was $454 million compared with $1.91 billion in the previous quarter. Disney had reported free cash outflow of $2.93 billion in the year-ago quarter.

Disney is set to launch Disney+ in Nordics, Belgium, Luxembourg and Portugal in September, and in Latin America in November 2020. Disney+ Hotstar will be launched on Sep 5 in Indonesia. By year end, Disney+ will be available in nine of the top 10 economies in the world.

Moreover, Disney announced that its much-anticipated movie Mulan will be offered to Disney+ subscribers in the United States, Canada, Australia, New Zealand and a number of countries in Western Europe on a premier-access basis, beginning Sep 4. The movie will be available to the U.S. Disney+ subscribers for $29.99.

Further, Disney will launch Mulan in theaters in those markets where it is yet to launch Disney+.

Additionally, Disney announced its plan to launch an international direct-to-consumer general-entertainment offering under the Star brand in calendar year 2021.

Markedly, several live sporting events resumed on ESPN this current quarter including Major League Soccer on July 8, Major League Baseball on July 23, and the NBA. Disney expects ESPN's ad sales in the fourth quarter, including the benefit of the 53rd week, to benefit significantly, particularly from the NBA.

Additionally, Disney expects DTC and the international segment to generate roughly $1.1 billion in operating losses for the fourth quarter. However, DTC loss is expected to improve by nearly $100 million year over year, driven by lower losses at Hulu and ESPN+ partially offset by continued investment in Disney+.

Further, Disney expects total capital expenditure for fiscal 2020 to be about $700 million.

While both Vista Outdoor and LiveXLive Media are set to report quarterly results on Aug 6, TEGNA is scheduled to report on Aug 10.