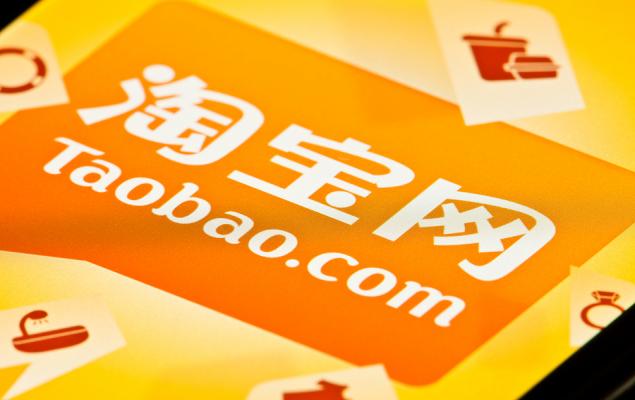 Buy Alibaba Stock Ahead of its Upcoming Earnings Release?

Alibaba (BABA - Free Report) shares have fallen behind Chinese rival JD.com (JD - Free Report) and its U.S. counterpart Amazon (AMZN - Free Report) during the market’s rally off its March lows, up 45% against roughly 65% moves. The question for investors is should they consider buying Alibaba stock with the tech titan set to report its June quarter results before the market opens on Thursday, August 20?

Alibaba reportedly controls roughly two-thirds of China’s e-commerce market, through Taobao and Tmall. And many on Wall Street have long been excited about the firm’s ability to grow alongside China’s middle class.  For instance, China’s middle class could hit 550 million by 2022, according to McKinsey estimates, which is far larger than the entire U.S. population of roughly 330 million.

Alibaba, like many other tech focused-firms, has been expanding its cloud computing business, which climbed 58% last quarter to make up 11% of revenue. On top of that, its digital media and entertainment unit popped 5%. The company is working to bolster its portfolio with “original content that resonates with Chinese audiences,” and it’s worth remembering that China is one of the only places where Netflix (NFLX - Free Report) doesn’t operate.

Alibaba also topped our adjusted earnings estimates last quarter. BABA’s CEO Daniel Zhang thinks that his company is set to capitalize on the pandemic, which “has fundamentally altered consumer behavior and enterprise operations.” And the company was able to meet its annual revenue guidance despite the more challenging economic environment brought on by the pandemic.

Last September, Alibaba set its strategic goals for the next five years, highlighted by: “Continue to expand our globalization efforts; Serve more than 1 billion Chinese consumers; and Facilitate more than RMB10 trillion of consumption on our platforms.” The company hopes that by reaching these goals it will help it achieve its vision for 2036, which includes serving a whopping “2 billion global consumers.”

Investors should note that Alibaba raised around $13 billion when it went public in Hong Kong last November. This is part of a recent trend that’s seen JD and NetEase (NTES - Free Report) secure secondary-listings closer to home, as tensions grow between the U.S. and China.

The company also stands to benefit from its former CEO’s next venture. Jack Ma’s Ant Group is a technology and financial-services giant that owns Alipay, which is a widely popular mobile-payments platform that competes alongside Tencent’s (TCEHY - Free Report) WeChat Pay. Ant Group announced plans in July to go public with a dual listing in Shanghai and Hong Kong. And Alibaba holds a 33% stake in the fintech firm that’s set to expand as part of China’s booming digital payments economy.

Our Zacks estimates call Alibaba’s June quarter, or Q1 revenue to jump 25%, which would top last quarter’s 22% sales growth. Peeking further ahead, Alibaba’s fiscal 2021 revenue is projected to climb 30%, with FY22 expected to come in another 27% higher.

Alibaba is currently a Zacks Rank #3 (Hold) that sports a “B” grade for Momentum in our Style Scores system. BABA trades at 6.2X forward 12-month Zacks sales estimates right now, which comes below its one-year highs and not too far above the e-commerce market’s 4.7X average.

Alibaba shares sit about 5% off their recent highs heading into its upcoming release, which could give it some room to run if it’s able to impress Wall Street. It is, however, likely prudent to wait to see its actual results, as well as how its guidance shakes out amid the broader economic and political uncertainty.