FB Financial Corporation (FBK - Free Report) has closed the merger deal with Franklin, TN-based Franklin Financial Network, Inc. The deal, announced in January, will likely be accretive to the company’s earnings and expand footprint in Nashville MSA, especially in Williamson and Rutherford counties.

Per the deal terms at the time of announcement, Franklin shareholders will get 0.9650 shares of FB Financial and $2.00 in cash for each share of Franklin stock. Thus, the cash-cum-stock deal was valued at nearly $611 million (based on the closing price as of Jan 17).

Now, on a pro-forma basis, FB Financial has roughly $11.0 billion in assets, $7.6 billion in loans held for investment and $9.1 billion in deposits as of Jun 30, 2020. Further, with the closure of the transaction, James W. Cross IV, Melody J. Sullivan and Jimmy E. Allen have joined FB Financial’s board of directors.

FB Financial’s president and CEO Chris Holmes said, “This transaction provides meaningful financial benefits for our shareholders. We are now focused on the integration of the combined company; the combined franchise is well-positioned to build on our strong customer relationships and grow our Nashville area presence.”

Additionally, at the time of the deal announcement, Holmes noted that the transaction will likely lead to 30% cost savings. Also, the company had plans to “accelerate Franklin’s strategy of exiting non-strategic assets.”

Over the years, FB Financial has remained an active acquirer. In February, the company completed the deal to acquire FNB Financial Corp. and its wholly-owned subsidiary, The Farmers National Bank of Scottsville. Earlier in 2017, it acquired Tennessee-based Clayton Bank and Trust, and American City Bank from Clayton HC, Inc.

These deals have been supporting FB Financial’s profitability. With a strong balance sheet position, the company is likely to continue expanding inorganically.

Shares of this a Zacks Rank #1 (Strong Buy) company have lost 26.9% so far this year compared with 34.5% decline of the industry. You can see the complete list of today’s Zacks #1 Rank stocks here.

So far this year, consolidations in the financial sector have been few and far between as the virus outbreak and resultant economic slowdown put the brakes on the same. Even a few deals have been terminated mutually due to uncertainties related to the coronavirus pandemic. In June, Ally Financial Inc. (ALLY - Free Report) announced that the acquisition of CardWorks has been called off. Likewise in May, Texas Capital Bancshares, Inc. (TCBI - Free Report) and Independent Bank Group, Inc. (IBTX - Free Report) mutually terminated the merger agreement announced in December 2019. 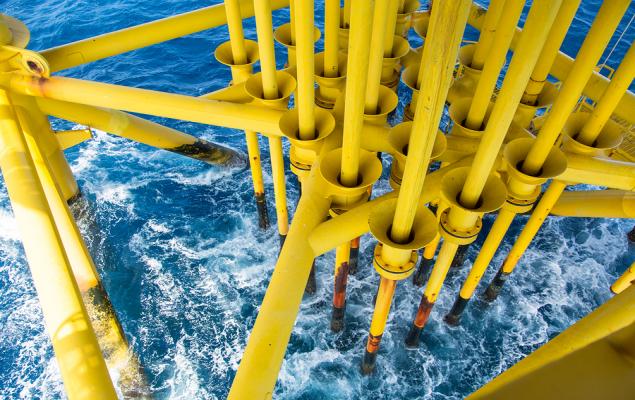 TOTAL and Partners Launch Phase 3 of Mero Field in Brazil