Here's Why You Should Hold Matador Resources Stock for Now

Matador Resources Company (MTDR - Free Report) is likely to gain from a huge acreage position in the Permian Basin. However, its high debt level is a concern.

The stock has popped 8% in the past three months compared with 3.5% rise of the industry it belongs to.

Headquartered in Dallas, TX, Matador Resources is among the leading oil and gas explorers in shale and other unconventional plays in the United States. The company’s upstream operations are primarily concentrated in the Delaware and Midland basins — two sub-basins of Permian — and South Texas’ Eagle Ford shale. The Zacks Rank #3 (Hold) company, with a market cap of $1.1 billion, has an expected earnings growth rate of 17.5% for the next five years.

Earnings estimate revisions have the greatest impact on stock prices. Over the past two months, the Zacks Consensus Estimate for Matador Resources’ earnings for the current year has significantly improved. During this time period, the stock has witnessed five upward and two downward revisions.

Matador Resources outpaced the Zacks Consensus Estimate in all the trailing four quarters. It delivered a four-quarter average earnings surprise of 98.8%. 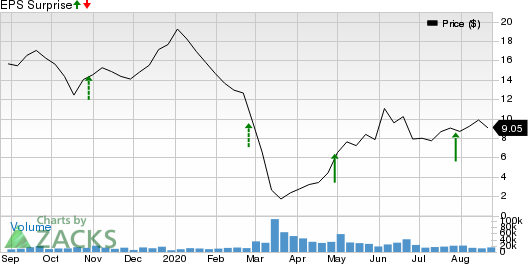 Moreover, the company had around 6.1 million barrels of oil production hedged for the period of July to December. Matador Resources made additional hedging deals for 2021 oil and gas production in the second quarter, which will help it navigate through the weak price environment.

There is high demand for midstream infrastructures like oil and gas transportation, as well as gathering assets in U.S. shale plays like the Permian Basin. As such, through 2020, the company allocated $85-$105 million toward midstream operations. In second-quarter 2020, its San Mateo operations gathered an average of 195 million cubic feet of natural gas per day in the Wolf and Rustler Breaks asset regions, indicating a 2% year-over-year rise.

Matador Resources’ free cash flows have been negative over the past few years, reflecting weakness in operations. It increased the probability of more reliance on debt and equity capital for funding future growth projects.

The company has significant reliance to debt. Matador’s balance sheet weakness is reflected by the fact that it has cash balance of only $43.5 million, with total long-term debt of $1,745.2 million. Its debt to capitalization of 49% is much higher than the industry average of 35.9%. This can make it difficult for the company to finance growth projects.

Due to current market uncertainty that stemmed from energy demand destruction owing to coronavirus-induced lockdowns and an oversupplied crude market, oil prices are hovering at the bearish territory. Since oil contributes to nearly 59% of Matador’s production volumes, the prevailing volatility in oil prices has been affecting the company’s upstream businesses.

Despite significant production growth opportunities, debt burden and volatile commodity prices are concerns. Nevertheless, we believe that its systematic and strategic plan of action will drive long-term growth.

Concho Resources’ bottom line for 2020 is expected to rise 39.7% year over year. 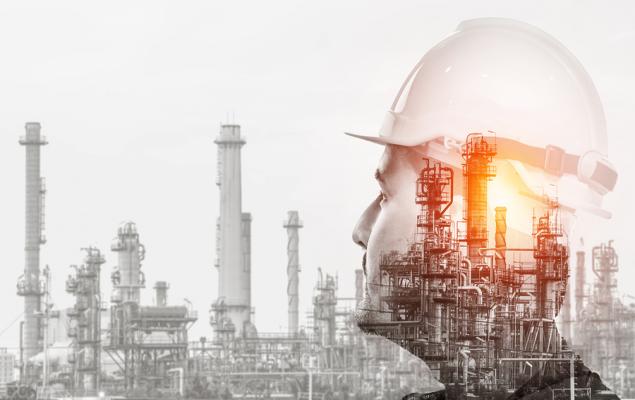