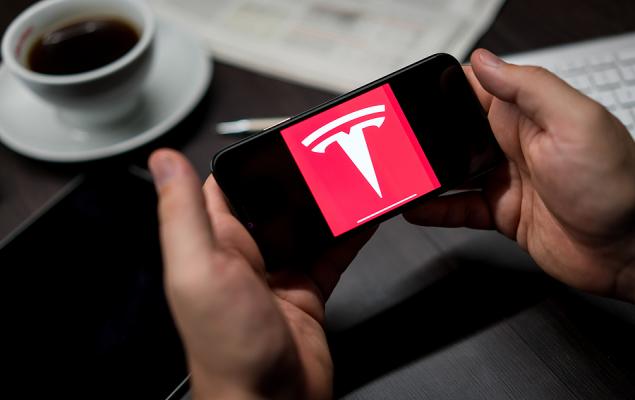 Tesla (TSLA - Free Report) intends to raise up to $5 billion via share offering, capitalizing on the recent 5-for-1 stock split, which has made the shares more affordable for individual investors. Per a SEC filing, the red-hot electric vehicle maker will sell shares ‘from time to time’ and ‘at the market’ prices through an agreement with several banks. The company aims to use the proceeds to solidify financials and for other general corporate purposes.

However, the stock declined around 4.7% yesterday to end the session at $475.05, after the announcement of its plan to sell up to $5 billion worth of common shares. New supply of shares would likely dilute the value of the current shareholders' investments.

Per Bloomberg, the new program could be the largest equity raise ever for the firm if it sells at least $2.34 billion under the plan. Until now, the company has raised nearly $14 billion over the past decade through secondary stock offerings. This helped Tesla boost the cash position when transitioning from a niche EV maker to the mass market.

The stock has had a crazy run on the bourses, having gained around 500% so far in 2020. Major part of Tesla’s stock price appreciation came after the firm smashed second-quarter 2020 forecasts in July and posted the fourth consecutive quarterly profit, which qualified it for inclusion in the elite S&P 500 list.

Since the announcement of stock split on Aug 11, Tesla’s shares appreciated an astounding 75%. While the stock split does not boost the underlying fundamentals or intrinsic value of shares, investors have been piling on the stock, given the fact that EV trends are getting hotter day by day. Tesla continued its rally, jumping another 12.6% after the company implemented the stock split effective Aug 31. This made Tesla’s CEO Musk the third richest person in the world. Tesla’s relentless rally has pushed its valuation to lofty levels despite cash burn concerns.

Tesla’s current valuation of around $442.7 billion is higher than the combined value of several auto biggies including Toyota (TM - Free Report) , Volkswagen (VWAGY - Free Report) , General Motors (GM - Free Report) , Ford and Fiat Chrysler. Tesla’s plan to raise capital comes at a time when the company is busy with expansion plans including investments in new factories. After the successful completion of the Shanghai Gigafactory, it is expanding new factories in Berlin and Austin. As the competition in the EV game is getting fiercer as every other automaker is stepping up electrification efforts, Tesla aims to solidify its position as the global market leader in electric vehicles. Tesla currently carries a Zacks Rank #3 (Hold). You can see the complete list of today’s Zacks #1 Rank (Strong Buy) stocks here.