It was a week wherein oil futures closed below $40 and gas prices moved southward too.

Overall, it was a pretty bad week for the sector. West Texas Intermediate (WTI) crude futures suffered a loss of 7.5% to close at $39.77 per barrel, while natural gas prices decreased 2.6% for the week to finish at 2.588 per million Btu (MMBtu). In particular, the oil market hit a speed bump after reaching its highest since March in the previous week.

Coming back to the week ended Aug 4, the crude benchmark fell to its lowest in nearly a month as investors looked past the Energy Information Administration’s ("EIA") storm-induced 9.4 million barrel draw in crude stockpiles and turned their attention to the dip in gasoline demand casting a cloud over a recovery.

1.  TOTAL announced that it has signed an agreement with Groupe PSA to create Automotive Cells Company (“ACC”), with an objective of developing high-quality batteries to support the usage of higher number of electric vehicles (EVs).

At present, both the France-based companies are concentrating on developing new high-performance lithium-ion technologies through research and development activities, as well as aiming to manufacture higher-performance batteries for the automotive industry from 2023.

It is evident from the above prediction that the popularity of EVs is increasing across the globe and automobile manufacturers are trying to launch EVs to cater to rising demand. The biggest advantage of the usage of EVs is a drop in emission levels. High-quality lithium-ion batteries are a game changer and are making EVs cost effective than conventional fuel vehicles. (TOTAL & Groupe PSA Create ACC to Produce Batteries for EVs)

2.  Chevron recently announced that it will push back the expected restart date of Train 2 at its Gorgon liquefied natural gas plant in Western Australia until October. The reason for this delay is that the company requires additional time to fix and restore welds on its propane heat exchangers.

Since May 2020, Train 2 at Australia's second-largest LNG plant has been shut for maintenance purpose. The shutdown was stretched after welding glitches were detected on propane kettles at the time of a planned checking. This integrated energy player plans to carry on with its contractual obligations to deliver gas to the Western Australian domestic market through the prolonged closedown.

The Department of Mines, Industry Regulation and Safety, Western Australia’s industrial regulator, has been coordinating with Chevron in its maintenance work and it directed the company on Aug 7 to examine the propane heat exchangers in Trains 1 and 3 at the three-train LNG plant by Aug 21 after welding glitches were detected on propane kettles in Train 2 at the time of a planned checking. Chevron plans to shut Train 1 at Gorgon LNG this early October and Train 3 in January next year. (Chevron Postpones Scheduled Restart of Train 2 Until October)

3.  Royal Dutch Shell plc (RDS.A - Free Report) recently inked a deal with Hungary whereby the Zacks Rank #2 (Buy) company will supply 250 million cubic meters of liquefied natural gas (LNG) annually for six years to the country. The gas will be delivered through an LNG terminal on the island of Krk in Croatia. The terminal is planned to commence operations in the next few months.

This is the first time that Hungary entered into a long-term gas supply pact with a Western energy company. As a bold attempt in the country’s energy diversification, the country will obtain 10% of its gas supply from the West.

By and large, Hungary has been dependent on Russia for its gas supply and has never been in any long-standing supply agreement with any gas seller except Russia’s Gazprom. Notably, Gazprom Export signed four long-term contracts with the Hungarian gas importer Panrusgas for a total of 4.2 billion cubic meters per year. Of the four, two contracts ended last year while the remaining two are scheduled to conclude next year. (Shell Becomes the First Western Firm to Sell LNG to Hungary)

4.  Ovintiv Inc. (OVV - Free Report) recently announced that it is closing its joint venture with PetroChina in the Duvernay shale region of Alberta.

Ovintiv and PetroChina have been in a beneficial joint venture in Duvernay for almost eight years now. Prior to the dissolution of the deal, both involved parties owned an approximate 50% stake each in the entire asset with Ovintiv serving as the operator.

Following the cessation of this transaction, Ovintiv's net production, proved reserves and acreage in the Duvernay area will remain unaffected. This is because both entities reached an agreement to split the Duvernay acreage and its associated infrastructure with each company independently possessing and operating their interests going forward. (Ovintiv Terminates Duvernay Asset JV With PetroChina)

5.   In its weekly release, Baker Hughes Company (BKR - Free Report) reported that the count of rigs engaged in the exploration and production of oil and natural gas in the United States was 256 in the week through Sep 4 versus the prior-week’s count of 254. The current national rig count is, however, well below the prior year’s 898.

The natural gas rig count of 72 is in line with the prior-week’s count. However, the count of rigs exploring the commodity is lower than the prior-year week’s 160. Importantly, per the latest report, the number of natural gas-directed rigs is 95.5% below the all-time high of 1,606 recorded in 2008. (US Oil & Gas Rig Tally Increases in 2 of Last 3 Weeks)

For the longer term, over six months, the sector tracker is down 17.7%. Oil and gas producer Occidental Petroleum (OXY - Free Report) was the major loser during the period, experiencing a 53.1% price plunge.

As global oil consumption gradually ticks up from the depths of coronavirus, market participants will be closely tracking the regular releases to watch for signs that could further validate a rebound. In this context, the U.S. government’s statistics on oil and natural gas — one of the few solid indicators that comes out regularly — will be on energy traders' radar. Data on rig count from energy service firm Baker Hughes, which is a pointer to trends in U.S. crude production, is also closely followed. Finally, the closely watched monthly reports from three key agencies (EIA, OPEC and the IEA) are due for release later this week. 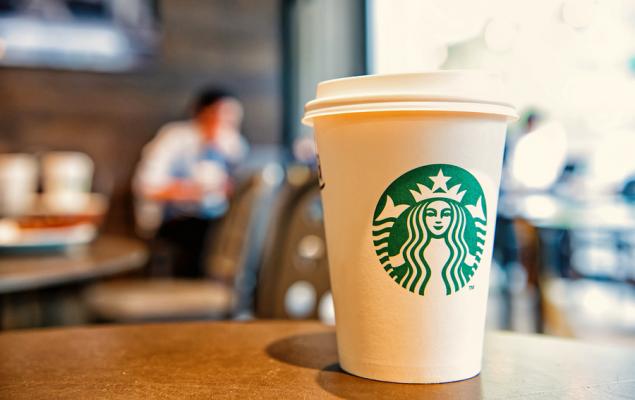 Starbucks to Introduce Plant-Based Food and Beverages in Asia