In particular, Lockheed will offer non-recurring and recurring engineering support associated with software and hardware development for the aforementioned sensor integration in the MH-60R jet. The contract is scheduled to be completed by October 2023. The majority of the work related to this deal will be executed in Owego, NY.

Per a Morder Intelligence report, the global attack helicopter market is expected to witness CAGR of more than 4% during 2020-2025 time period, thanks to rise in global threats, geopolitical instabilities and increased spending on defense. These projections should continue to boost growth for major combat helicopter producers like Lockheed, Textron (TXT - Free Report) and Boeing (BA - Free Report) .

Lockheed Martin’s stock slipped 0.9% in the past year compared with the industry’s decline of 33.8%. 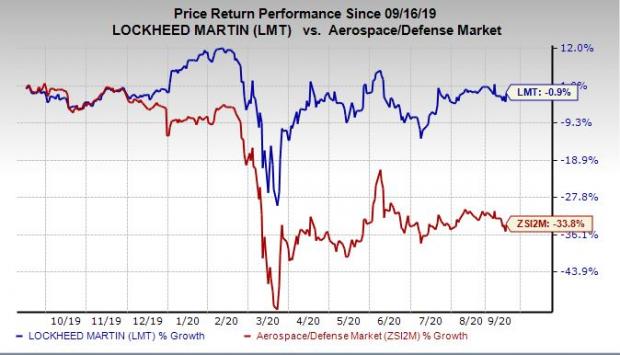 Teledyne Technologies pulled off an earnings surprise of 11.70% in the last four quarters, on average. The Zacks Consensus Estimate for 2020 earnings has moved up 4.8% in past 60 days. .