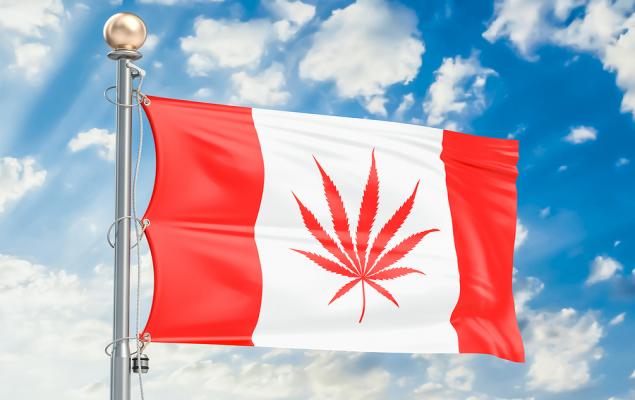 The telecom carriers in Canada are likely staring at a potential legal battle with the federal government as it mulls to formally ban China’s telecommunications equipment manufacturer Huawei from operating its 5G network in the country. The move is likely to have serious geo-political and economic ramifications, forcing the government to go slow on the decision and delay it as much as possible to buy more time.

Overall, there seems to be a lack of consensus regarding Huawei and people widely differ on their opinions about the perceived risks. A significant Canadian population opine that equipment from the Chinese firm are comparatively much more technologically advanced and cheaper than its European rivals of Nokia Corporation (NOK - Free Report) and Ericsson (ERIC - Free Report) . Several politicians and diplomats have apparently joined this bandwagon and have even urged Prime Minister Justin Trudeau to step in to end the extradition trial of Meng Wanzhou, Huawei's chief financial officer.

On the other hand, some Canadians have echoed the U.S. call to ban Huawei from its telecom sector to avoid the risks of data theft and cyber espionage. In the absence of any general agreement, the liberal government has rightly decided to sit on the fence until a clearer picture emerges.

Leading Canadian carriers like BCE Inc. (BCE - Free Report) subsidiary Bell Canada and TELUS Corporation (TU - Free Report) have widely deployed Huawei equipment for 4G network across the country. With a likely government ban, these companies will be forced to replace the gear for the upcoming 5G deployment as equipment from two different firms do not gel with each other. Consequently, the firms would be forced to seek a compensation from the government that is less likely to be addressed given the general perception and widely circulated federal policies. Experts view that such legal tangles could hit as much as C$1 billion and rob the public exchequer of funds that are already severally stressed from the coronavirus pandemic.

To make matters worse, Canada is highly dependent on foreign trade, which makes up about 40% of its GDP. About 75% of the Canadian products are solely bought by the United States, owing to which it could not risk to face the ire of the Trump government. China, the other economic powerhouse that has reportedly braved the pandemic with GDP growth when all other countries globally have fared otherwise, has the potential to be a solid trade partner for Canada. So the Trudeau government could neither risk its business ties with Washington and jeopardize the Five Eyes intelligence alliance along with potential tariffs and economic sanctions, nor could it risk antagonizing Beijing.

Considering such delicate issues, the Canadian government has rightly chosen to buy more time and delay the inevitable until at least the extradition trial is over or the U.S. Presidential election is completed, likely making a change in the political stance. It remains to be seen how the geo-political saga unfurls in the near future and how the regional telecom carriers respond to the evolving scenario.

For the time being, we can safely say that the road for 5G technology in Canada is likely to be bumpy with potential rider alerts – Steep Learning Curve Ahead!