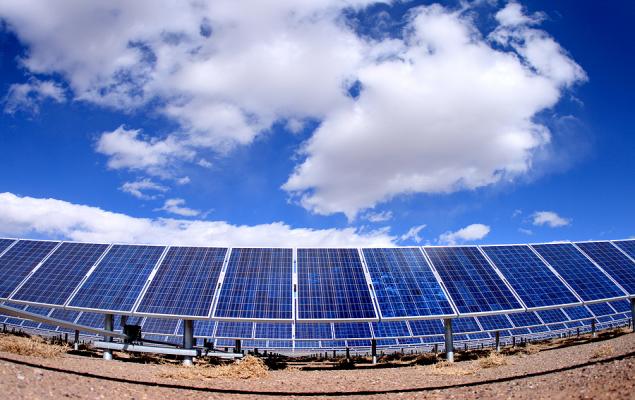 JinkoSolar Holding Co., Ltd (JKS - Free Report) recently announced that 611 megawatts (MW) of its Tiger bifacial solar modules have been installed in Vietnam’s Thuan Nam solar power plant project. With this, one of the largest solar power projects by capacity, which is using bifacial modules in both Vietnam and Southeast Asia, has incorporated JinkoSolar’s modules.

In addition, the Tiger bifacial transparent backsheet modules are about the same weight as mono-facial modules and are much lighter than conventional bifacial modules, which helps to save on logistics and labor costs for installation.

This cost effectiveness of Tiger module compared to other modules, coupled with its resistance to humidity must have encouraged Trung Nam Group to choose Tiger solar modules for the aforementioned project.

Per a report released by the World Bank in February 2020, Vietnam is lately considering moving from a feed-in-tariff (FIT) policy to a competitive bidding scheme for solar projects to reduce the cost of solar generation. In this context, the report has recommended new approaches to bidding and deployment for solar projects that will help Vietnam substantially boost and effectively manage its abundant solar energy resources.

Such approaches are expected to boost Vietnam’s solar generation capacity from the current 4.5 gigawatts (GW) to 10 GW in 10 years. This indicates the ample growth opportunities that the Vietnamese solar market offers to players like JinkoSolar.

Notably, in June 2019, JinkoSolar had announced the supply of 351 MW of its solar modules to Power Construction Corporation of China. These modules were installed at Vietnam’s Hong Phong solar PV plant, one of the largest PV projects in the Asia Pacific region. The latest announcement mentioned above is yet another attempt  by JinkoSolar to expand its market share in this nation.

While Vietnam remains a lucrative market for solar players, the global solar market as a whole has been rallying over the past decade. Per a report by Fortune Business Insights, the global solar power market is projected to reach 4766.8 MW in 2026 from 2019, exhibiting a CAGR of 30.7%.

On the other hand, as of Jun 30, 2020, Enphase Energy (ENPH - Free Report) shipped more than 28 million microinverters worldwide. It is also launching IQ 8 PV, a grid-agnostic microinverter on the roof, which should expand its market share.

First Solar (FSLR - Free Report) ended 2019 with net bookings of 6.1 gigawatts and current contracted backlog of 12.4 gigawatts. Given the growing demand for solar modules, First Solar expects to increase its nameplate Series 6 manufacturing capacity to 6 GW by 2020 and 8 GW by year-end 2021.

In a year’s time, shares of JinkoSolar have gained 12.4% compared with the industry’s rise of 87.3%. 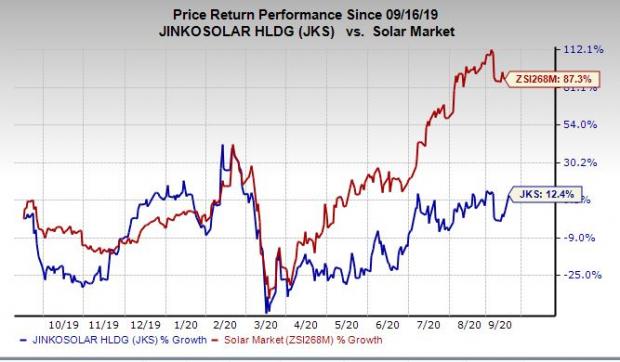 4 Reasons Why Flowers Foods (FLO) Stock is Worth Relishing