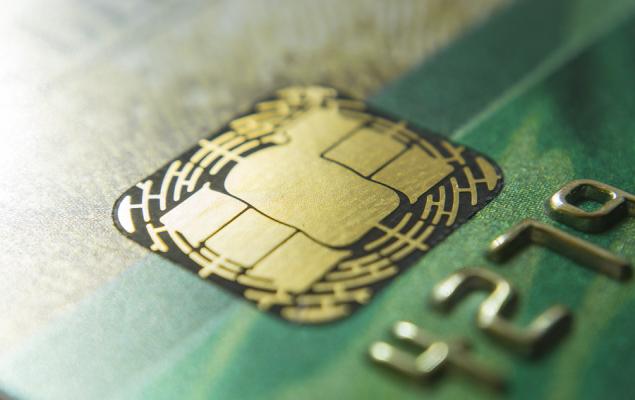 The rate of U.S. credit card defaults witnessed a declining trend in August 2020 despite the coronavirus-related economic slowdown. Credit card loans are charged off after consumers are delinquent on numerous payments and a bank determines that those loans won't be repaid.

Also, JPMorgan’s (JPM - Free Report) delinquency rate improved to 0.95% from the prior month. However, its rate of losses on credit card loans rose 15 basis points (bps) in August to 2.18%. Likewise, Citigroup’s (C - Free Report) credit card charge-off rate increased in August to 2.73% from 2.42% in July. Nonetheless, its delinquency rate fell 10 bps from the prior month to 1.33%.

Another major credit card issuer, Capital One (COF - Free Report) recorded a fall in both charge off and delinquency rates for the reported month. The company’s charge-off rate declined to 3.74% from 4.82% in July and delinquency rate fell 21 bps to 2.23%.

Further, Synchrony Financial’s (SYF - Free Report) adjusted charge-off rate decreased to 4.30% in August from July’s 4.80%, while core delinquencies improved to 2.60% from 2.90% in the prior month.

American Express’ (AXP - Free Report) rate of charge-offs was 2.50% in August, down 10 bps from the prior-month level. Its rate of delinquencies was 1.20% compared with 1.40% in July. Further, Discover Financial’s (DFS - Free Report) delinquency rate dropped to 1.92% for the reported month from 2.03% in June, while its charge-off rate increased 20 bps sequentially to 3.62% in August.

Just by looking at these figures, it is easy to say that all seems to be well for banks in terms of credit card loan portfolios. But one must remember that these numbers are largely attributable to the payment deferral program. Once it ends, there is a high chance of a rise in delinquency rates.

Also, the country’s economy is still not out of the woods, with unemployment rates remaining at high levels and the chances of faster economic recovery being dim. Hence, the actual impact of economic slowdown is likely to be seen in the latter part of 2020 and in 2021, as customers reassess their financial position and many credit card issuers stop offering forbearance.