Is Another Great Depression Imminent or Is it Just a Myth?

For the past six-seven months, there has been absolutely no break in the accelerating pace of the global economic meltdown. Although the initial phase of lockdown had flattened the infection-spreading curve quite a bit for many countries, the re-emergence of new COVID-19 cases with the opening up of these nations’ financial systems indicates the threat of a lastingly difficult scenario ahead.

As a consequence, a debate that has been heating up all over the world is whether or not the COVID-19 debacle can be termed as the ‘New Great Depression’of the 21st century.

Severity of the Impact on Bigger Economies

A growing resurgence of cases is forcing majority of players across all sectors to postpone their investment decisions once again. This is again leading to another slew of fresh layoffs.

In America alone, the September data by the Department of Labor states that from mid-March through late August, 59.3 million Americans filed for unemployment insurance. The number of insured unemployed workers was 13.3 million in late August. Though this was lower than the peak achieved in mid-May (25 million), the figure still exceeds majority of the market watchers’ initial projection where they expected a faster broad-based recovery.

Europe’s August data too reflects sluggish economic recovery as several nations have resumed lockdown impositions on the resurgence of new cases. As per the Congressional Research Service’ September report, on May 27, European Central Bank (ECB) announced its projection of an 8-12% contraction in the Eurozone economy in 2020. In the second quarter, the U.K. economy alone shrunk 20.4%.

Asian countries too, at the same time, are showing clear signs of a major economic recession. Foreign direct investment (FDI) in this region is estimated to plunge roughly 45% in the current year per the United Nation’s Conference on Trade and Development (UNCTAD). In the March-end quarter, Indian equity market witnessed a pull out of $6.4 billion of FDI. However, a congressional research report at the end of May claimed that there has been more than $16 billion of FDI pull-out till May.

The International Monetary Fund (IMF) estimates the coronavirus-induced cumulative stimulus package to reach $18 trillion globally in 2020. If we check major economy/country wise, Japan has announced the largest fiscal stimulus measures (21% of its GDP) as of the end of July (going by Statista data). The United States’ stimulus packages occupy 13.2% of its GDP. The same for India and China are neck on neck — occupying 6.9% and 7% of the respective GDP. The EU’s percentage share of stimulus has been 4.3% of its GDP at July end.

Short Recession or Long Depression on the Cards?

Despite bearing such huge fiscal expenses, majority of these countries have witnessed minimal revival from the ongoing economic meltdown. Per the IMF’s data published in Goalkeepers’ report by the Bill & Melinda Gates Foundation, the global economy would lose more than $12 trillion by the end of 2021 even with the already-spent fiscal stimulus of $18 trillion. According to the report, this GDP loss highlights the COVID-19-induced recession as the worst recession since the end of World War II and the related financial loss to be twice as great as the Great Recession of 2008.

This scenario has mainly resulted from the gradually-heightening obscurity related to a full-proof vaccine release and the weakening concept of revival through herd immunity. Also, a number of economists are of the view that the ineffectiveness of the stimulus packages is basically due to the much-delayed response of the governments to the crisis.

Above all, the Bank for International Settlements (BIS) recently argued that the transforming nature of the COVID-19 crisis is causing the financial crisis to transform as well, changing from the initial pandemic days’ liquidity crisis to a solvency crisis now (as per the Congressional Research Report). This is taking the investment world by storm as unlike liquidity crisis, solvency crisis do not respond to external fiscal and monetary shocks.

The entire scenario, unfortunately, shows a severity with little chances to get back to the pre-pandemic situation anytime soon. With a long list of organizations from varied sectors estimated to go bankrupt in another few months and with bad debts taking a severe share of the banks' retail portfolio, many economists are of the view that proper economic revival might take quite a few years.

Other Side of Story: New Normal is a Different World

The U.S. Bureau of Labour Statistics’ September-released data in this regard seems highly positive, claiming a 1.4% improvement in non-farm employment, reducing the total number of unemployed Americans to 13.6 million and pushing the unemployment rate down to 8.4%.

Many economists argue that even if the recovery takes a longer time than normal recessional revivals, it will not be a prudent idea to term it as a depression as there have already been major structural changes, in turn, triggering changes in consumption patterns to adapt to the 'new normal'.

We may consider booming new normal sectors like remote monitoring in this regard. This sector has been particularly growing strong for the past few months as a major choice for contactless healthcare services. Stocks like PRA Health, Inc. (PRAH - Free Report) , Allscripts Healthcare Solutions, Inc. (MDRX - Free Report) ), VEEVA Systems Inc. (VEEV - Free Report) are among the few that have clearly shown solid signs of growth amid the coronavirus blues.

Further, the past six months have confirmed the catbird seat for the diagnostic testing players in the investment world. Since the initial phase, major molecular diagnostic players have been reaping the benefits of the amplified demand for COVID-19 testing. These include companies like Quest Diagnostics (DGX - Free Report) , LabCorp (LH - Free Report) and Thermo Fisher (TMO - Free Report) . With the rising mass awareness around infectious disease testing, we believe the position of these testing companies will get stronger in the days to come.

With consumers limiting their outdoor exposure another thing that is evolving from the core is the concept of education. Many economists believe this virtual delivery of education, which has become a necessity now, will not fade away even after the mayhem dissipates. Companies like Zoom Video Communications, Inc. (ZM - Free Report) and Chegg are a few firms to have made robust impact in the education space. 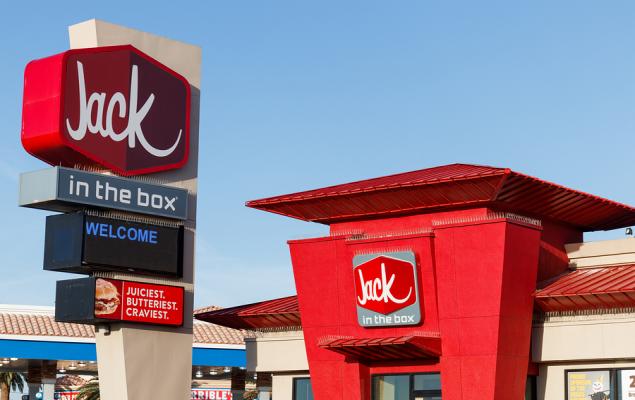