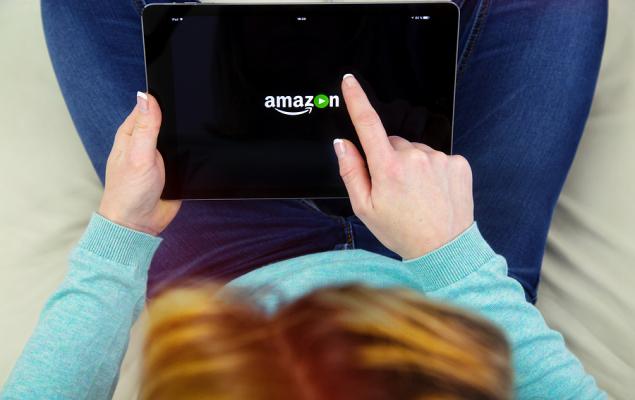 With millions trapped in home for a while now, either on one’s own accord or government restrictions, video streaming has quickly become one of the key sources of entertainment. Per a survey by Nielsen, the amount of video content consumed globally has increased 60% since the onset of the pandemic.

Although most restrictions have been eased and steps to normalize day-to-day lives have been initialized, apprehensions regarding coronavirus are far from fading. The recent spike in cases across several states has only stoked fears.

We believe the current scenario is likely to persuade people to stay at home and more often than not spend time on streaming apps and services. Average hours spent on streaming increased significantly in the United States during the height of shelter-in-place orders. In fact, according to a report by Hub Entertainment Research, 40% of consumers said that the pandemic was the reason behind more TV hours, while 19% believe the habit will stay even after the virus dies out.

With a dearth of things to do indoors for entertainment, people found a welcome escape in the form of streaming services. In a way, the pandemic-induced restrictions turned out to be a boon for the streaming services as it offered apt diversion from reality.

Per a study by Leichtman Research Group, 78% of all U.S. households have a subscription video on-Demand (SVOD) service from Netflix, Amazon Prime or Hulu, up from 69% in 2018 and 52% in 2015. The same report found that consumers aged between 18 and 44 accounted for 55% of daily SVOD users. Meanwhile, non-TV devices (including mobile phones, home computers and tablets) were used by 55% of adults to watch videos daily.

It goes without saying that streaming service providers have been seeing a massive rise in subscriptions and user engagement due to the pandemic. In fact, Netflix (NFLX - Free Report) has made the most of the scenario. The streaming giant added 10.1 million paid subscribers during second-quarter 2020 and anticipates 2.5 million additions in the third quarter. The company also reported second-quarter revenues of $6.15 billion, which improved 25% year over year.

The company’s second-quarter originals like the movie Extraction, shows including #BlackAF and Space Force, and new seasons of Money Heist and The Politician drove performance in the last-reported quarter. Similarly, star-driven ventures including The Old Guard starring Charlize Theron and Project Power with Jamie Foxx are likely to support growth in the days ahead.

3 Stocks to Keep an Eye On

With no signs of the pandemic abating or the availability of a vaccine any time soon, the trend is likely to continue. Hence, let’s take a look at a few other stocks, which have been benefiting from the widespread stay-at-home.

Apple (AAPL - Free Report) , which launched its multi-billion dollar streaming service Apple TV+ last year, has been gaining in popularity since.  Though the service is at its nascent stage with a limited selection of originals, the company is supposedly working toward acquiring rights to older TV shows and films to build a catalogue. Apple TV+ originals The Morning Show starring Reese Witherspoon and Jennifer Aniston, and Defending Jacob featuring Chris Evans, have gained much acclaim and popularity. The tech giant also offers free service for a year to whoever buys a new iPhone or computer.

The Zacks Consensus Estimate for its current financial-year sales indicates an improvement of 4.9% from the year-ago period. The stock currently carries a Zacks Rank #2 (Buy). You can see the complete list of today’s Zacks #1 (Strong Buy) Rank stocks here.

Amazon (AMZN - Free Report) , apart from being an e-commerce behemoth, provides a variety of services. Its membership program, Amazon Prime, offers access to a vast catalogue of TV shows and movies for streaming among other services. In fact, it is one of the market leaders in the streaming space.

Besides its massive and vibrant collection of original and acquired TV shows and films, it has capitalized on the pandemic to release features like Watch Parties, which allows members to interact while watching Prime Video content, and Prime Video Profiles, which enables customers to manage multiple profiles within a single account. The company has a Zacks Rank #3 (Hold). The Zacks Consensus Estimate for its current financial-year sales suggests growth of 31.8% from the year-ago period.

Comcast Corporation’s (CMCSA - Free Report) Peacock reportedly hit 10 million signups within a month of its launch, which exceeded its own expectations according to NBCUniversal CEO Jeff Shell. The service has three subscription tiers — Free, Premium, and Premium Plus. It offers NBCUniversal TV shows, originals, movies, live sports and news programs. Further, with the live stream of Summer Olympics in Tokyo next year and its deal with Roku, Inc., prospects are looking bright for this service. The company currently carries a Zacks Rank #3.