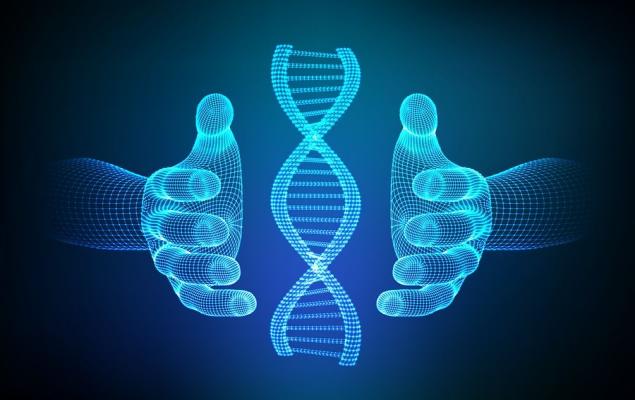 BioMarin Pharmaceutical Inc. (BMRN - Free Report) announced that it has dosed the first patient in the phase I/II study — PHEARLESS — to evaluate gene therapy candidate, BMN 307, in patients with phenylketonuria (“PKU”). The study will evaluate the safety of a single dose of BMN 307 as well as its efficacy in restoring natural Phe metabolism, normalizing plasma phenylalanine (Phe) levels, and enabling a normal diet in patients with PKU.

Please note that BMN 307 is an AAV5-phenylalanine hydroxylase (“PAH”) gene therapy that is designed to normalize blood Phe concentration levels in PKU patients by inserting a correct copy of the PAH gene into liver cells. The candidate enjoys orphan drug designation in the United States as well as Europe.

Apart from the PHEARLESS study, BioMarin is sponsoring an observational study, PHENOM, to measure both established and new markers of disease and clinical outcomes over time.

PKU is a rare genetic enzyme deficiency disorder that manifests at birth and if left untreated causes high levels of Phe, which leads to a variety of cumulative toxic effects on the brain. According to information provided by the company, approximately 70,000 individuals in the regions of the world where BioMarin operates are diagnosed with PKU.

Although the company started a new clinical study, shares were down 2.4% on Sep 24 following the news. The decline was presumably due to investors’ skepticism related to BioMarin’s gene therapies following a complete response letter from the FDA for its lead gene therapy candidate, Roctavian, last month. Roctavian is being developed for treating severe hemophilia A. BioMarin’s shares have declined 9.5% so far this year compared with the industry’s decrease of 0.1%. 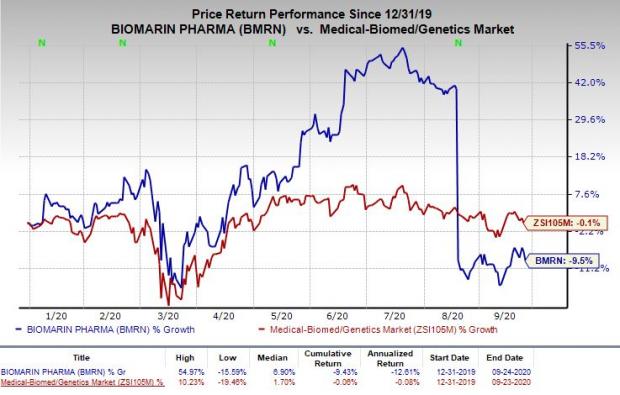 BMN 307 is the third potential treatment and first gene therapy for treating PKU being developed by BioMarin. The company has two approved PKU therapies — Kuvan and Playnziq. However, we note that Kuvan has lost exclusivity in the United States and is set to lose exclusivity in Europe this year-end. Moreover, Playnziq is distributed under a Risk Evaluation and Mitigation Strategy (“REMS”) program, which restricts its availability to certain certified specialty pharmacies. Although years away, a successful development of BMN 307 will likely drive long-term growth at BioMarin.

Kuvan generated sales of almost $254 million in the first half of 2020, reflecting growth of 5.4% year over year. However, Dr Reddy’s (RDY - Free Report) and Par Pharmaceuticals, a subsidiary of Endo International (ENDP - Free Report) , are expected to market Kuvan generics in the U.S. market beginning October 2020. This will likely impact sales of Kuvan adversely. Meanwhile, Playnziq generated sales of $75.3 million in the first six months of 2020.  Sales are expected to be in the range of $160-$190 million in 2020. BioMarin believes Playnziq has peak commercial opportunity of roughly $1 billion as it demonstrated dramatic Phe reductions in PKU patients in pivotal studies.