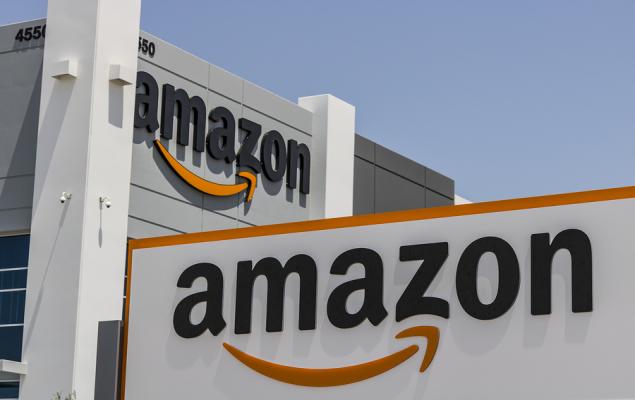 Notably, both routers are based on the latest technology Wi-Fi 6, which makes them ideal for providing reliable connectivity throughout a smart home as the technology is well-known for its faster speeds androbust performance.

Further, the routers prevent users from switching to other Internet network as they will work with their existing ones.

Additionally, the huge coverage provided by the routers is likely to bolster their adoption rate in the near term.

We note that the latest move expands the company’s eero family.

Increasing internet usage penetration globally along with a growing proliferation of connected and smart home devices will continue to drive the demand for home internet routers.

The Wi-Fi 6-based new routers are likely to help Amazon in expanding its footprint in the booming home residential router market.

Per a report from Mordor Intelligence, the global market for residential routers is anticipated to witness a CAGR of 7.12% between 2020 and 2025.

Given this upbeat scenario, competition in the home router space is intensifying. Not only Amazon but also Alphabet’s (GOOGL - Free Report) division Google is making strong efforts to capitalize on the rising demand for home routers, owing to the increasing adoption of smart home devices and growing momentum across smart homes.

Notably, the search giant entered this market in late 2016 with Google Wifi, which is similar to eero’s home Wi-Fi product. The introduction of Nest Wi-Fi, which is a successor of Google Wi-Fi, delivers Internet across the house and most importantly it supports Google Assistant.

The assistant support allows users to control and set up the new router from the Google Home smartphone app, with new voice commands especially created for these devices.

Nevertheless, the expansion of the eero family is likely to provide a competitive edge against Google.

The all-new mesh Wi-Fi routers, eero Pro 6 and eero 6, connect Zigbee devices like smart lights, locks, plugs and other compatible devices directly to the user’seero network on the back of the built-in Zigbee smart home hub.

Apart from the new launches, the portfolio contains several other products such as Echo smart speaker, voice-controlled microwave, Fire TV and Key by Amazon product lines.

Further, the company added a smart video doorbell and home security camera to its portfolio by acquiring companies called Ring and Blink, respectively.

We believe that it will continue to reap benefits from the potential smart home market with the help of its strengthening smart home product offerings.

Some better-ranked stocks that can be considered in the broader technology sector are Qorvo, Inc. (QRVO - Free Report) and Garmin Ltd. (GRMN - Free Report) both of which carry a Zacks Rank #2 (Buy). You can see the complete list of today’s Zacks #1 Rank (Strong Buy) stocks here.

Long term earnings growth rate for Qorvo and Garmin is currently pegged at 12.35% and 6.8%, respectively.