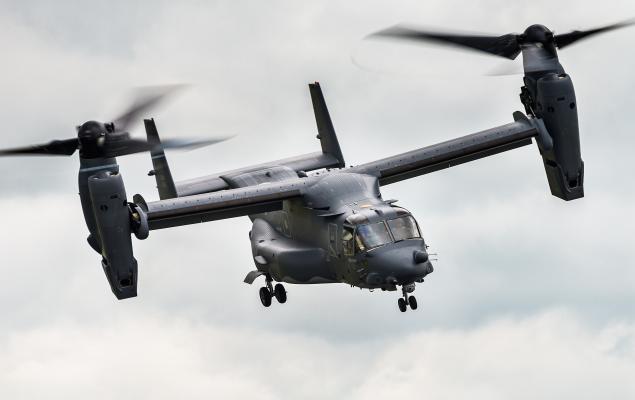 Valued at $46.1 million, the contract was awarded by the Naval Air Systems Command, Patuxent River, MD. Work related to the deal is scheduled to be completed by March 2022.

Notably, Bell-Boeing’s primary product, V-22 Osprey is a family of multi-mission, tiltrotor military aircraft with both vertical as well as short takeoff and landing capabilities. It is designed to combine the functionality of a conventional helicopter with long-range, high-speed cruise performance of a turboprop aircraft. Notably, MV-22 and CV-22 are two variants of the V-22 family of jets.

Apart from its wide usage domestically, this family of tiltrotors has been deployed in numerous missions overseas including casualty evacuation, tactical recovery of aircraft and personnel, humanitarian assistance/disaster relief, resupply, VIP transport along with theater security cooperation. No doubt with growing demand for military aircraft these tiltrotors enjoy decent demand across the globe, which is evident from the latest contract win. Such contract wins in turn tend to boost the operational performance of Bell-Boeing JV.

Per a forecast made by Fortune Business Insights, the global military aircraft market size is projected to reach $58 billion by 2026 from 2018 at a CAGR of 3.1%. This surely is going to benefit major U.S. combat aircraft manufacturers like Bell-Boeing, Lockheed (LMT - Free Report) and Northrop Grumman (NOC - Free Report) with North America dominating this market space.

Textron’s stock has lost 24.9% in the past year compared with the industry’s decline of 36.3%. 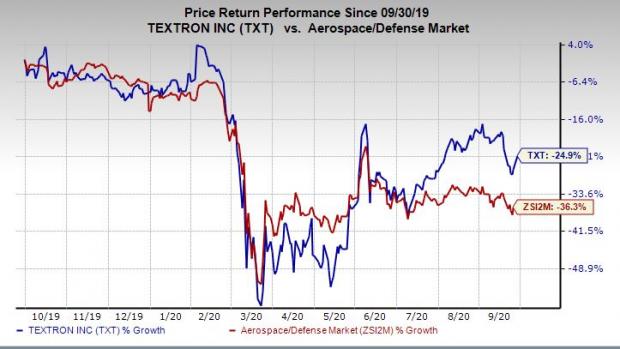 Boeing’s shares have lost 56.3% in the past year compared with the industry’s decline of 36.3%. 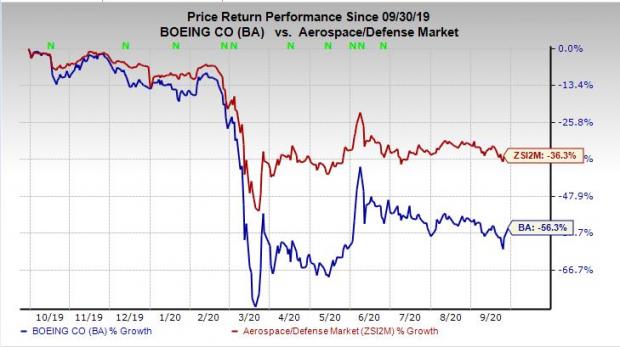 Here's Why You Should Retain CME Group (CME) in Your Portfolio