U.S. oil prices slid on Thursday, as rising inventories and confusion over the stimulus package outweighed decrease in fuel supplies and storm-related production disruptions. On the New York Mercantile Exchange, WTI crude futures lost 72 cents or 1.8%, to settle at $39.95 a barrel.

Most of the downside pressure yesterday can be attributed to data from the Energy Information Administration (EIA) that showed domestic oil stocks rose last week, breaking the three-week streak of declines. Additional pressure came from dwindling prospects of a second stimulus measure to prop up the economy.

Below we review the EIA's Weekly Petroleum Status Report for the week ending Oct 2.

Crude Oil: The federal government’s EIA report revealed that crude inventories rose by 501,000 barrels compared to expectations of a 2 million-barrel draw. The combination of a sizeable increase in imports, ramp up in domestic production and a big pullback in exports accounted for the surprise stockpile build with the world's biggest oil consumer even as refinery activity improved. This puts total domestic stocks at 492.9 million barrels —15.8% over than the year-ago figure and 12% higher than the five-year average.

On a further bearish note, the latest report showed that supplies at the Cushing terminal (the key delivery hub for U.S. crude futures traded on the New York Mercantile Exchange) increased 470,000 barrels to 56.5 million barrels.

Gasoline: Gasoline supplies decreased for the eighth time in nine weeks. The 1.4-million-barrel draw is attributable to higher demand. Analysts had forecast a decline of 800,000 barrels. At 226.7 million barrels, the current stock of the most widely used petroleum product is around 1% lower than the year-earlier level but is in the vicinity of the five-year average range.

Distillate: Distillate fuel supplies (including diesel and heating oil) decreased for the third week in a row. The 962,000-barrel fall reflected an uptick in usage. Meanwhile, the market looked for a supply draw of 2.9 million barrels. Current inventories — at 171.8 million barrels — are 35% higher than the year-ago level and 23% higher than the five-year average.

Refinery Rates: Refinery utilization increased 1.3% from the prior week to 77.1%. 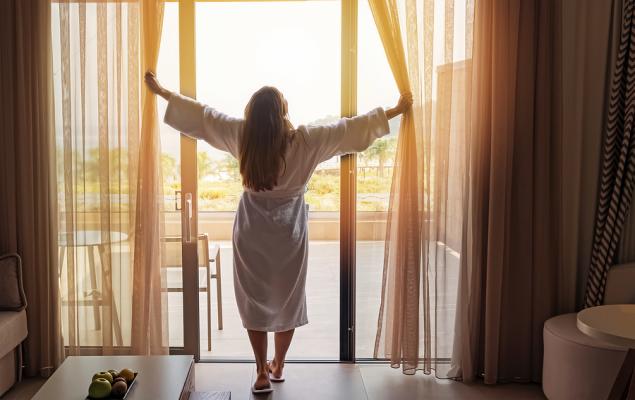 4 Air Purifier Stocks to Watch on Growing Demand Amid Pandemic