Similar to the first half of the year, coronavirus-related concerns continued give rise to market volatility during third-quarter 2020. Thus, driven by a spike in volatility and higher client activities, JPMorgan’s (JPM - Free Report) trading business is likely to have received a substantial boost. Markets revenues, which constitute approximately 20% of total revenues, are likely to reflect positively on its upcoming results, slated to release on Oct 13, before market open.

The coronavirus pandemic and resultant economic slowdown weighed on investor sentiments, while support from government’s stimulus package and the Federal Reserve’s efforts to support the economy were on the positive side. Thus, equity markets witnessed a solid performance during the quarter. Likewise, fixed income markets saw a robust performance.

Therefore, JPMorgan’s equity and fixed income markets revenues are expected to have improved in the to-be-reported quarter.

The Zacks Consensus Estimate for equity markets revenues of $1.86 billion suggests a rise of 22.7% from the prior-year reported number. The consensus estimate for fixed income trading revenues of $4.3 billion indicates an increase of 20.8%.

Other Major Factors at Play

Investment Banking (IB) Fees: Deal making rebounded in third-quarter 2020 as economic and business activities gradually resumed. During the quarter, dealmakers revisited transactions that were on hold as coronavirus wreaked havoc across the world. Hence, JPMorgan’s advisory fees are likely to have been favorably impacted.

Likewise, IPO activities rebounded, with the third quarter being one of the busiest since 2000. Further, as companies continued to build liquidity to tide over the pandemic-induced crisis, there was a rise in follow-up equity issuances.

Also, amid near-zero interest rates and the Federal Reserve’s bond purchase program that commenced on Mar 23, bond issuance volumes were strong as companies took this as an opportunity to bolster their balance sheets. Therefore, JPMorgan’s equity underwriting and debt origination fees (accounting for nearly 60% of total IB fees) are expected to have recorded a decent improvement in the third quarter.

Management expects IB fees in the September quarter to be up in mid-single digits rate.

The consensus estimate for IB fees of $1.67 billion indicates a 15.2% decline from the prior-year reported number.

Mortgage Banking Fees: Continued stay-at-home orders led to people buying new homes, which was further fueled by historically low mortgage rates. Also, there was a substantial rise in refinancing activities owing to low rates. These factors are expected to have supported JPMorgan’s mortgage banking fees in the to-be-reported quarter.

The consensus estimate for mortgage fees and related income of $856 million suggests a fall of 3.5% from the prior-year reported number.

Net Interest Income (NII): With economic slowdown and the pandemic-related scare, demand for loans was muted during the third quarter, while real estate loan portfolio offered some support. This, along with the low interest rate environment, is likely to have hurt JPMorgan’s net interest yield and NII for the quarter.

The Zacks Consensus Estimate for NII of $13.5 billion suggests a 5.3% decline from the prior year number.

Expenses: With JPMorgan’s plan of entering new markets by opening branches is already on track, operating expenses are likely to have remained on the higher side. Also, higher investment in technology to strengthen digital offerings might have resulted in a rise in costs in the to-be-reported quarter.

Nevertheless, with most of the branches either closed or working with limited staff, overhead expenses are likely to have fallen.

Asset Quality: Having already built significant reserves owing to deterioration in the macro-economic backdrop in the first half of the year, JPMorgan is less likely to have recorded substantial increase in provision for loan losses in the third quarter.

Management expects loan-loss reserve to be almost unchanged in the third quarter.

Other Development: During the quarter, JPMorgan resolved the spoofing probes into its trading of metals futures and Treasury securities between 2008 and 2016. Along with admitting to wrongdoing, the bank will be paying a penalty of $920 million.

Our proven model shows that JPMorgan has the right combination of the two key ingredients — a positive Earnings ESP and Zacks Rank #3 (Hold) or better — to increase the odds of an earnings beat.

For the third quarter, the Zacks Consensus Estimate for earnings has moved 14.5% upward to $1.21 over the past seven days. The estimated figure indicates a decline of 17.5% from the year-ago quarter. Also, the consensus estimate for sales of $28.6 billion suggests a 2.5% year-over-year fall.

Other Major Banks Worth a Look

Here are a few other major bank stocks that you may want to consider, as our model shows that these too have the right combination of elements to post an earnings beat this time around:

Bank of America (BAC - Free Report) is scheduled to release quarterly results on Oct 14. The company has an Earnings ESP of +9.22% and currently carries a Zacks Rank of 3. You can see the complete list of today’s Zacks #1 Rank (Strong Buy) stocks here.

The Earnings ESP for U.S. Bancorp (USB - Free Report) is +11.11% and it carries a Zacks Rank of 3, at present. The company is slated to report quarterly numbers on Oct 14.

Truist Financial Corporation (TFC - Free Report) is slated to report quarterly earnings on Oct 15. The company, which carries a Zacks Rank of 3 at present, has an Earnings ESP of +6.99%. 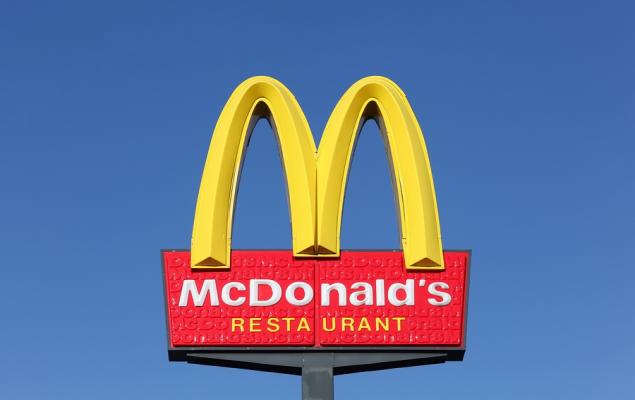