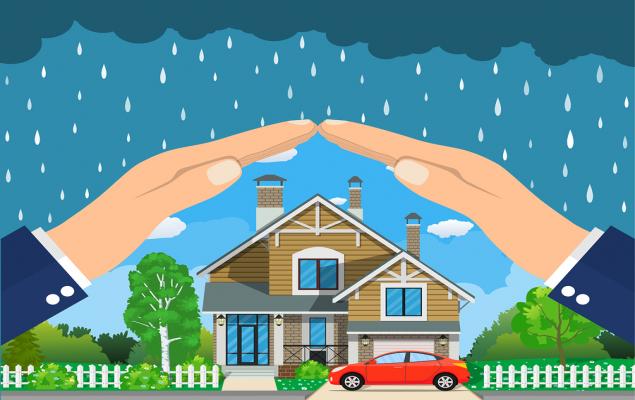 Cincinnati Financial Corporation (CINF - Free Report) has provided its preliminary loss estimates for third-quarter 2020. The insurer is estimated to incur pre-tax catastrophe loss of about $266 million stemming from its exposure to Midwest derecho, Hurricane Laura and several less severe storms. Combined ratio thus will be deteriorated by about 1830 basis points (bps), based on the projected property and casualty (P&C) earned premiums.

The estimated loss can be attributed to the occurrence of Midwest derecho in August, which caused losses of approximately $103 million and Hurricane Laura-induced losses worth $46 million, besides taking into account $30 million for Cincinnati Global Underwriting Ltd and $12 million for Cincinnati Re, which are its subsidiaries.

The above-estimated losses and expenses from catastrophe-related claims are expected to result in the property-casualty combined ratio of 102.6%-104.6%. Net written premium growth is estimated to be 3% for the quarter.

The Zacks Consensus Estimate for third-quarter earnings is currently pegged at 55 cents, indicating a decline of 49.1% from the year-ago quarter's reported figure. We expect estimates to move south once analysts start incorporating loss estimates into their numbers.

Being a property and casualty insurer, Cincinnati Financial is exposed to natural and man-made catastrophic events, which affect results and make its earnings volatile. In the first half of 2020, catastrophe loss increased 76.3% year over year to $349 million, which affected both net income and property-casualty underwriting income of the company. Combined ratio also deteriorated 600 bps to 100.8%.

Nonetheless, Cincinnati Financial has property catastrophe reinsurance with a limit up to $800 million for protection against catastrophic events, such as wind and hail, hurricanes or earthquakes. Losses from the same weather occurrences can be aggregated into one limit over a 120-hour period and applied to the treaty toward recovery. The treaty contains one reinstatement provision. The coverage layer between $600 million and $800 million is a new feature in 2020 and includes coverage for Cincinnati Global while the other layers exclude it. A portion of the layer provides an additional $60 million of earthquake-only coverage but does not include coverage for Cincinnati Global. It retains the first $100 million of any loss and a share of losses up to $800 million.

Shares of Cincinnati Financial, currently carrying a Zacks Rank #3 (Hold), have lost 25.4% year to date compared with the industry’s decline of 9.5%. Winning new businesses through agencies and strategic initiatives along with a robust capital position should help the stock bounce back.

Several property and casualty insurers are also coming up with their third-quarter catastrophe loss estimates.

AXIS Capital Holdings Limited (AXS - Free Report) estimates third-quarter 2020 pretax catastrophe loss in the range of $225-$255 million, stemming from hurricanes Laura and Sally, the Midwest derecho, wildfires across the West Coast of the United States, the Beirut explosion and regional weather events in the United States.

The Hanover Insurance Group, Inc. (THG - Free Report) estimates third-quarter catastrophe loss of $66 million pretax or $52 million after tax, attributable to the company’s exposure to Hurricane Isaias and wildfires in California and Oregon.