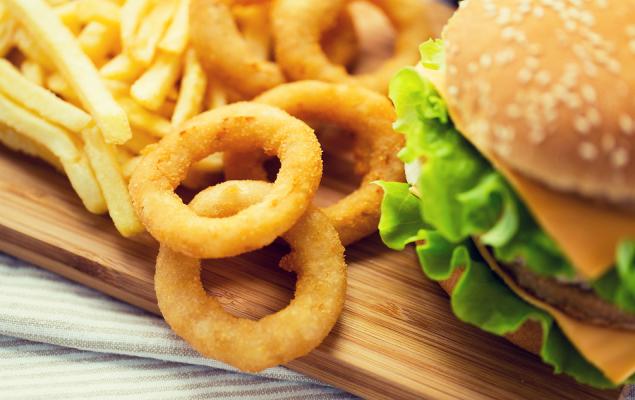 Restaurant sales are finally showing improvement although they still lag the year-ago period. All retail sales at U.S. restaurants grew in September according to the National Restaurant Association. The economy is gradually reopening and businesses are slowly trying o get back on their feet. After taking a beating for months, restaurants and cafes have finally started witnessing growth in sales.

Also, many workers who were furloughed have started joining back, indicating that the industry has finally started showing some confidence. Hence it is likely that the restaurant industry will gradually recover over the next few months.

Sales at U.S. bars and restaurants in September continued to rebound from pandemic-induced drops earlier in the year, though the pace of growth remained slower than the previous months. All retail sales grew 5.4% from the year-ago period in September to $549.26 billion, which was better than the 3.8% year-over-year increase posted in September 2019.

September's sales were up 2.1% from August's seasonally adjusted volume of $54.47 billion, which in normal times would represent a robust increase but were only about half the gains made in July and August in terms of both dollar volume and percentage, according to the National Restaurant Association. September eating and drinking place sales remained nearly $10 billion, or 15%, below their pre-coronavirus levels in January and February, the trade group said.

Food services and drinking places added 200,300 jobs in September for a total of 10 million jobs, which was 17.6% less than a year ago. The number of added jobs in September comes after a downward-revised increase of 104,300 jobs in August, which means eating and drinking places staffing levels are still down 2.3 million jobs from February's peak, the National Restaurant Association said in an Oct 2 report.

The employment gains in August and September were only a fraction of the 3.5 million jobs added during the first three months coming out of the coronavirus lockdowns, the National Restaurant Association said.

The company’s expected earnings growth rate for the current year is 22.2%. The Zacks Consensus Estimate for current-year earnings has improved 16.8% over the past 60 days. Brinker International flaunts a Zacks Rank #1.

The company’s expected earnings growth rate for next year is 17.9%. The Zacks Consensus Estimate for current-year earnings has improved 1.5% over the past 60 days. Jack In The Box carries a Zacks Rank #2.

The company’s expected earnings growth rate for next year is 37.3%. The Zacks Consensus Estimate for current-year earnings has improved 2.4% over the past 60 days. McDonald’s holds a Zacks Rank #2.

The company’s expected earnings growth rate for next year is 20.8%. The Zacks Consensus Estimate for current-year earnings has improved 1.9% over the past 60 days. Yum Brands carries a Zacks Rank #2.